One of Georgia's oldest settlements

Uplistsikhe is an ancient rock-hewn town that played a significant role in Georgian history over a period of approximately 3,000 years. Archaeological excavations have revealed extraordinary artifacts dating from the Late Bronze Age to the late Middle Ages.

The ancient cave city was built on a rocky bank above the Mtkvari River, approximately 15 kilometers east of the town of Gori. Between the 6th century BC and 11th century AD, Uplistsikhe was one of the most important political, religious and cultural centers of the pre-Christian Kartli region, one of the predecessors of the Georgian state, and flourished until it was ravaged by the Mongols in the 13th century. 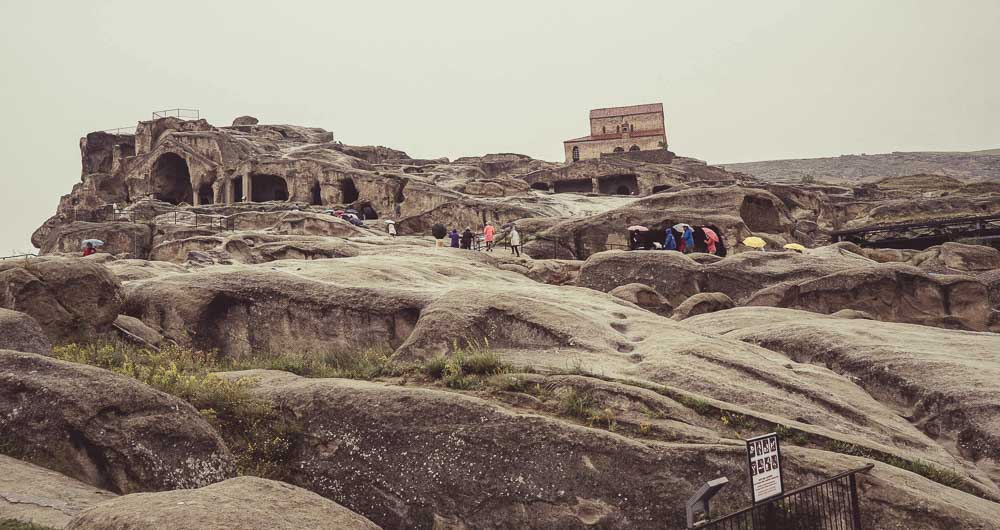 The ascent to the top of the Uplistsikhe Cave Town is easy.

«Fortress of the Lord»

When Christianity arrived in Georgia in the 4th century AD, the city lost importance in favor of the new centers of Christian culture, most notably Mtskheta and Tbilisi. Nevertheless, life continued in Uplistsikhe. Christian structures were built, and for a short time, Christianity and the old faith were coexisting in the city. Following the Muslim conquest of Tbilisi in the 8th and 9th century AD, Uplistsikhe reemerged as a principal Georgian stronghold and became the residence of the kings of Kartli, during which the town grew to a size of around 20,000 inhabitants. Uplistsikhe means «Fortress of the Lord» in English. 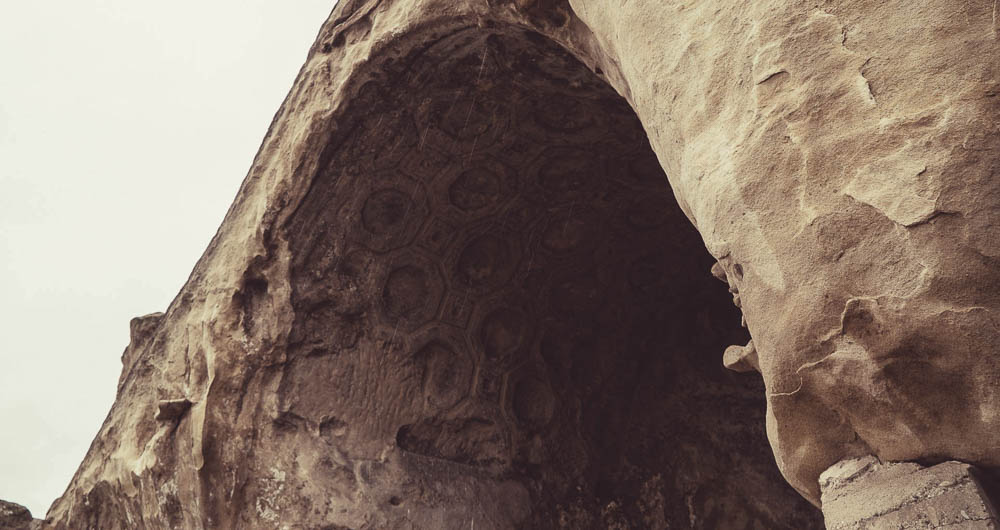 You can explore various caves with some well-preserved petroglyphs.

Uplistsikhe is remarkable for the unique combination of styles from rock-cut cultures of the region, most notably from Cappadocia (in modern Turkey) and Northern Iran. The ancient complex can be roughly divided into three parts: a lower, middle, and an upper section covering an area of approximately 40,000 square meters. The middle part is the largest and contains the majority of the rock-hewn structures. It is connected to the lower section via a narrow rock-cut pass and a tunnel. Narrow alleys and sometimes staircases radiate from the central street to the different structures. 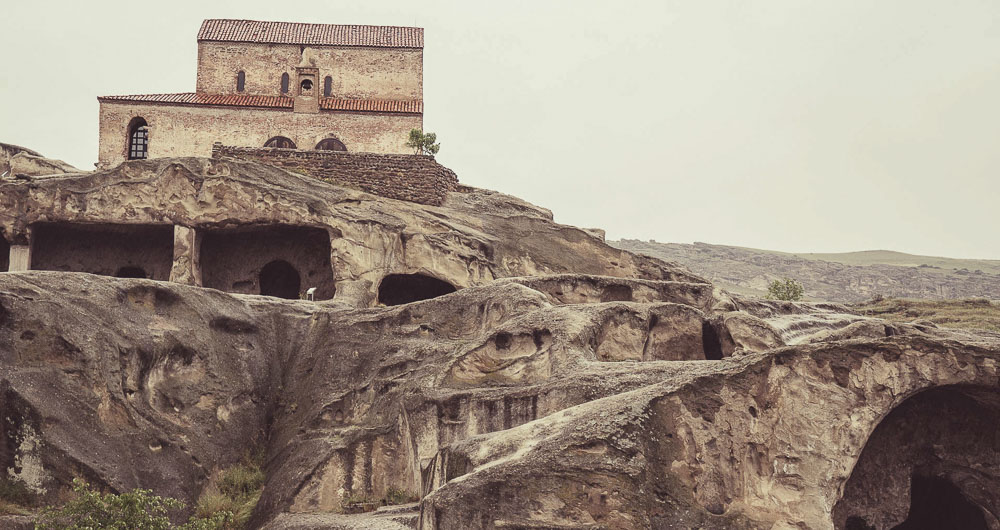 On top of the ancient complex, there is a basilica from the 9th and 10th centuries.

On the upper level, there is a Christian stone basilica, dating from the 9th - 10th century. The majority of the caves are devoid of any decorations, although some of the larger structures have coffered tunnel-vaulted ceilings, with the stone carved in imitation of logs. Some of the larger structures also have niches in the back or sides, which may have been used for ceremonial purposes. The facade of the large ceremonial hall of the southern part is decorated by the Roman type arch with pediment. Several parts of the most vulnerable areas were completely destroyed by an earthquake in 1920, the Fund of Cultural Heritage of Georgia launched a limited program of conservation in 2000.

Are you interested in a private tour to Uplistsikhe Cave Town or to any other place in Georgia and in the Caucasus? Tell us about your ideas and immediately get an offer without obligation from us. 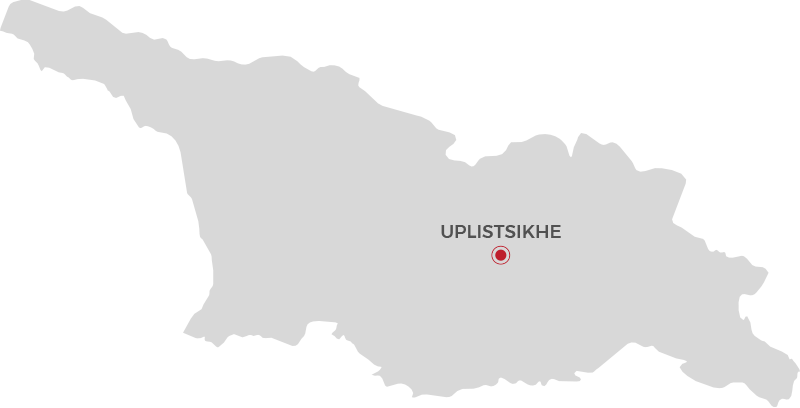 From Tbilisi to Gori it takes around one hour. From Gori to Uplistsikhe Cave Town you need another 20 minutes.

Minibusses from Tbilisi (Didube Station) depart every hour to Gori. From the train station in Gori, you should take a taxi. The minibus costs 4 Euro, the taxi 5 Euro.

The distance from Tbilisi International Airport is 113km. The journey by car or taxi takes about 2 hours.

Every train, which goes from Tbilisi to the Western part of Georgia, passes Gori. A one-way ticket costs 2 - 4 Euro and the journey takes a bit less than one hour.