Recreation over the roofs of Tbilisi

For those who find it too hot in summer in Tbilisi, Mtatsminda Park is not the only place to cool off. An excursion to the lesser-known Turtle Lake - also situated on a hill above the city – also provides plenty of cooling and fresh air.

The Turtle Lake (Georgian: Kus Tba) lies on a 687-meter high hill above the Vake district. It can be reached by car, on foot or by cable car. Its name derives from the fact that numerous turtles used to live in the lake. They still exist today, albeit in smaller numbers. The Turtle Lake is less known by tourists, but very popular with the locals as a local recreation area – especially in the summer. 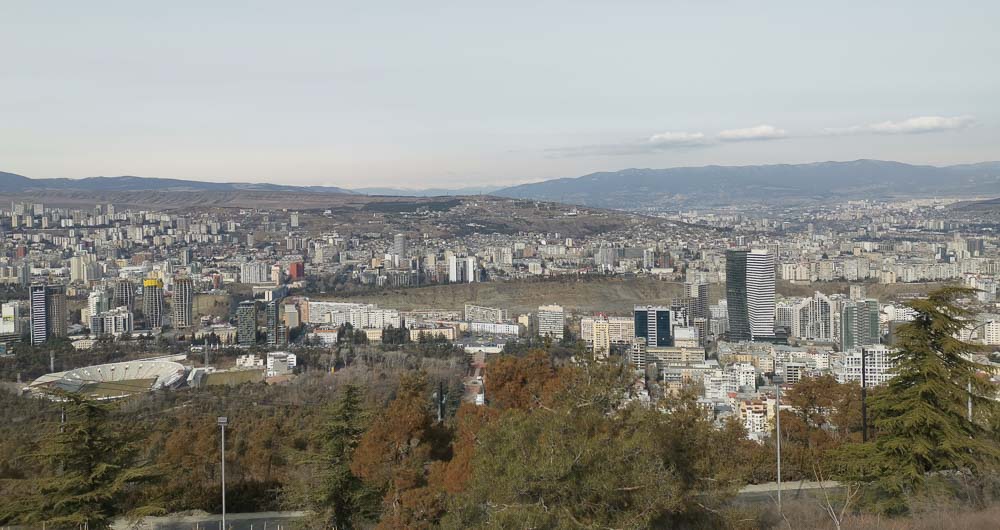 From Turtle Lake, you look down to the districts of Vake and Saburtalo as well as to the Mikheil Meskhi Stadium (on the left).

During the warm season, various cafés and restaurants are open right by the lake. You can also rent boats or relax at the beach. The highlight is a rope stretched over the lake, to which one can attach oneself and then fly over the lake at a speed of approximately 40 km/h. Around the lake, there is a jogging route. West of the lake is the Ethnographic Open Air Museum, opened in 1966, which has been part of the Georgian National Museum since 2004.

The museum contains about 70 buildings of traditional Georgian architecture, which were brought from all parts of the country to the open-air museum. In addition to old farmhouses, visitors can admire water mills, watchtowers, a basilica and a family crypt. There is even a winery in the museum 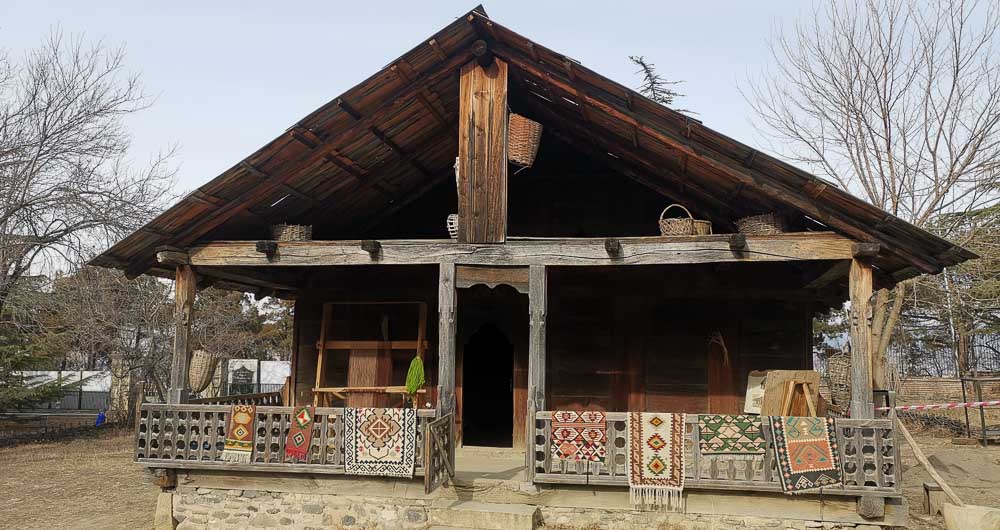 The Ethnographic Museum near Turtle Lake shows how the traditional houses used to look like in the different regions in Georgia.

Our tip: use the cable car

The most spectacular way to get there is by cable car, which was reopened in 2016. The cable car with its small blue cabins leads from Vake Park (directly on the main road) up to the lake and is in operation daily from 08:00 to 22:00 o'clock. The return trip costs 2 GEL.

Are you interested in a private tour of Tbilisi? Tell us about your ideas and get an offer without obligation from us. 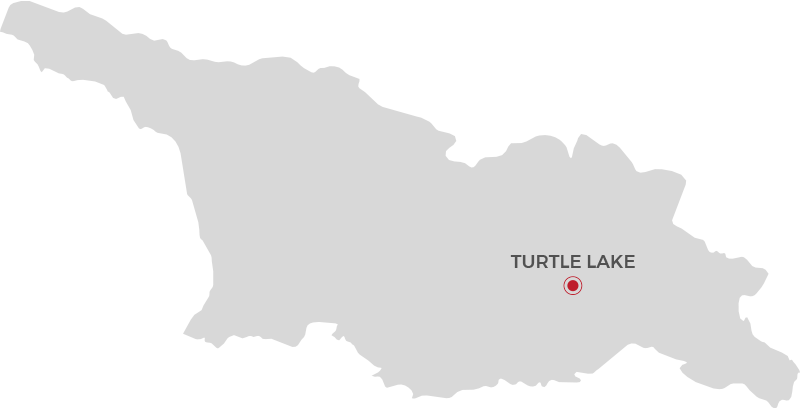 From Liberty Square (Tavisuplebas Moedani) via Heroes Square (Gmirta Moedani) to the Vake district and then west of Vake Park up to Lake Turtle. The journey takes about 20 minutes.

Take bus 61 from Pushkin Square (next to Freedom Square) to Vake Cemetery (25 minutes) and from there walk up to Turtle Lake (40 minutes). Or get off at Vake Park and take the cable car up to Turtle Lake.

The distance from Tbilisi International Airport is 27km. The journey by car or taxi takes about 50 minutes.

There is no train connection to Turtle Lake.