Where monks climb closer to God

The Katshki Pillar is a huge monolith of limestone, which clearly towers above the surrounding forests and hills with its 40 meters. Particularly remarkable: there is a small church on the rock, which is difficult to access.

The small church consists of three hermit cells and is only accessible by means of a dizzying climb up a steel ladder. Until the Ottoman invasion in the 15th century, the Katskhi Pillar was a busy place. After that, it was abandoned for 500 years and fell into oblivion. Only in 1944 was it climbed again: by the Georgian mountaineer Alexander Dschaparidse. 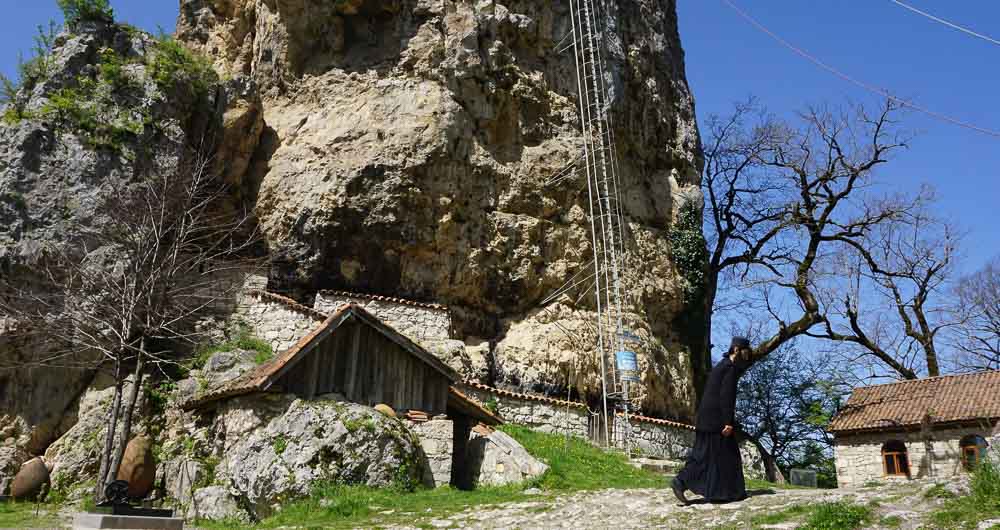 Not only on the top but also at the foot of the rock there is a small chapel. Next to it, you can see the steel ladder.

Only accessible for monks

Today there is life again at Katskhi Column. Unlike in the 10th and 11th centuries, there are no monks living on the rock today. But they still regularly take on the nerve-racking, 20-minute climb up the steel ladder.

People who do not belong to a religious order are denied access. Women are also excluded. At no time in history were they allowed to climb the monolith.

In the past, when even less was known about the Katskhi Pillar, it was considered an absolute mystery. For example, a Georgian scholar wrote in the 18th century: «In the gorge, there is a rock that stands considerably high like a column. On the top of the rock there is a small church, but no one is able to climb it, nor does anyone know how to do so».

The legend and myth

Over the centuries, many legends have grown up around the Katskhi Pillar. One of them says that one day God decided to create a new Garden of Eden. So he asked the angels to cultivate the land, plant flowers and make sure that the animals would multiply.

So far so good, the angels did him the favor. But under a big stone, a colorful snake was hiding. This enraged God and he let boiling lava rain down. The nest of snakes was immediately destroyed.

As the hot mass cooled, it solidified into a column, a symbol of victory over temptation and evil.

Are you interested in a private tour to the Katskhi Pillar or to any other place in Georgia and in the Caucasus? Tell us about your ideas and immediately get an offer without obligation from us. 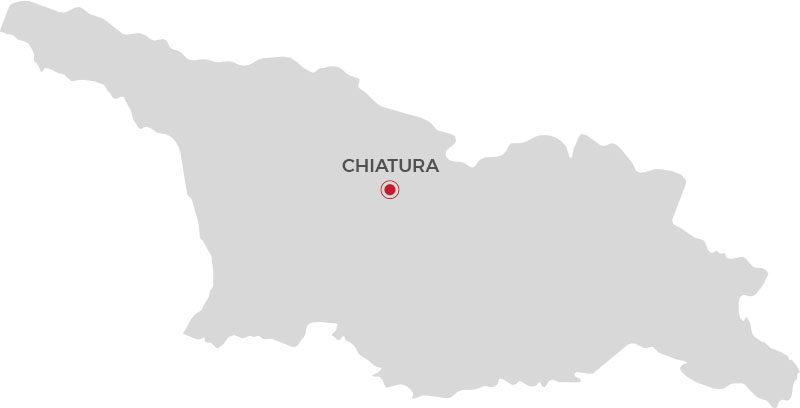 From Tbilisi to Chiatura it is a long journey of 197km and takes around 3 hours.

Minibusses from Tbilisi (Didube Station) depart every hour to Chiatura journey takes 3 hours. From Chiatura you should take a taxi. The minibus costs 3 Euro, the taxi 10 Euro.

The distance from Kutaisi International Airport is 87 km. The journey by car or taxi takes about 1.5 hours.

There is no direct train to Chiatura or Katskhi Pillar from Tbilisi.