The heart of Samegrelo

Zugdidi, the heart and capital of the Samegrelo-Zemo Svaneti region, is located 10 km away from the republic of Abkhazia territory. The city is built on the hill «Zurg Didi» from which is originated the name of the city «Zugdidi».

For tourists, the city is mostly a passing road to the Svaneti region and has less sightseeing to offer. Once it represented Samegrelo’s main cultural and educational center, multiply manuscripts and literature are still saved here. 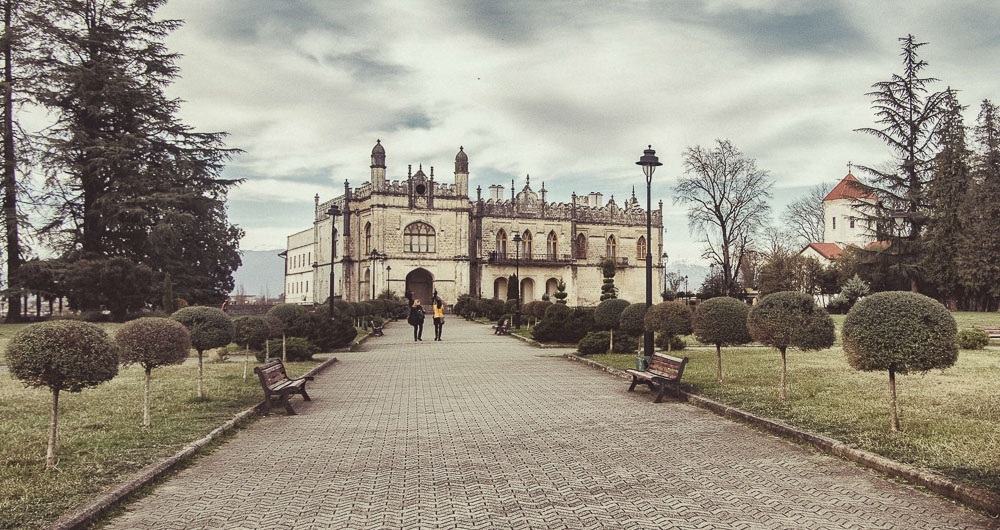 The most important landmark in Zugdidi is the Dadiani Palace Museum from the 19th century.

The region, which has a historic principle of Samegrelo, has been mentioned in different names throughout history – Colchis, Egrisi, Lazika, Odishi and Mingrelia. The Samegrelo region has the greatest strategic importance throughout its history. Strong empires fought against each other. As a result, this side became the object of many invasions of Romans, Byzantines, Mongols, Turks, Persians, Russians and others. In ancient times Samegrelo was part of the Kingdom of Colchis.

In Greek mythology, Colchis was considered to be the Golden Fleece city, where Jason traveled with Argonauts. In the modern epoch, the region was known by the name Lazika (according to the name Greeks called tribes living in Western Georgia). After that, it was called Egrisi (according to the river that flows there and attracts the Black Sea).

Today, Samegrelo is known for its warm, subtropical climate, which is especially visible in the forest of Kolkheti, covered with forests and marshes, an ideal environment for bird watching.

Most of the inhabitants of Zugdidi as well as of its surrounding region Samegrelo are Megrelians, who are bilingual. They speak Georgian as well as Megrelian, which belongs to the South Caucasian languages, too. This particular region of Georgia is well known for its special nutritious cuisine and wine.

There are more than 500 grape varieties in Georgia and 60 of them grow in Samegrelo. The most worth tasting food of the Megrelian cuisine are Megrelian (megruli) Khachapuri, Gomi, Megrelian Sulguni cheese, Elarji and Satsivi.

Historic and architectural monuments are easy to be found around like Dadiani Palace Museum built in the 19th century, is the main architectural landmark of Samegrelo region. The museum subsists the palace of Samegrelo Queen Ekaterine Chavchavadze-Dadiani and Niko Dadiani's and the botanical garden built by the Levan Dadiani.

More than 45,000 exhibits are kept in the museum, Including Napoleon's mask and the robe of the Virgin Mary. The museum is located around 67 hectares of forest and park trees and shrubs of different kinds of trees.

How to get to Zugdidi

There are good roads to Zugdidi. From Tbilisi, it takes around 5 hours, from Batumi 2.5 hours and from Kutaisi a bit less than 2 hours.

There are marshrutkas to Zugdidi from almost every city in Georgia. Just go to the main bus station. In Tbilisi you find the minibusses at the Didube bus station; they leave every 2 hours and one-way costs around 15 GEL.

There is no airport in Zugdidi. The closest airport is in Kutaisi which is about 2 hours away. The construction of the new Zugdidi Airport will begin in 2018.

Zugdidi is connected with the Georgian railway system. From Tbilisi, you can get tickets for the train, which takes 5 hours and costs 16 GEL.

Things to do in Zugdidi