Shatili is a village in the historical province of Khevsureti on the Arghuni River in the north of Georgia. It belongs to the municipality of Dusheti. The village is situated at 1,400 meters above sea level near the border to Chechnya. Since only one road leads to Shatili, which is often snowed in in winter, you cannot visit Shatili all year round.

Shatili is an example of brilliant and unique Khevsuretian architecture and engineering. The houses, built in the 12th and 13th centuries, are made of slate stones found in the surrounding area. Without mortar or the like, the Khevsurians stacked them on top of each other. This is called dry construction in technical terminology. Today, only very few people still understand this type of construction. These experts are always called in when repairs have to be made to one of the houses. 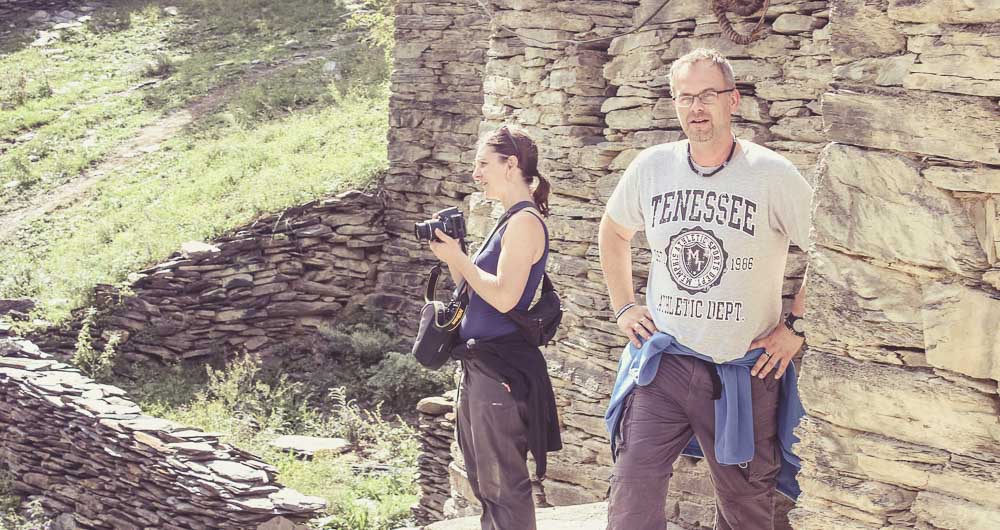 Our guests from Switzerland are enjoying their time in Shatili.

The individual houses and towers in Shatili are all connected by doors. So one could cross the whole village without having to leave the houses. From this point of view, the village is one continuous fortress. This was important because Shatili was the last settlement in the Arghuni valley and together with the towers outside the village had a control function for the region, because, for different nations like the Chechens, Tuschen or partly the Dagestani, the Arghuni valley was the entrance to Georgia. 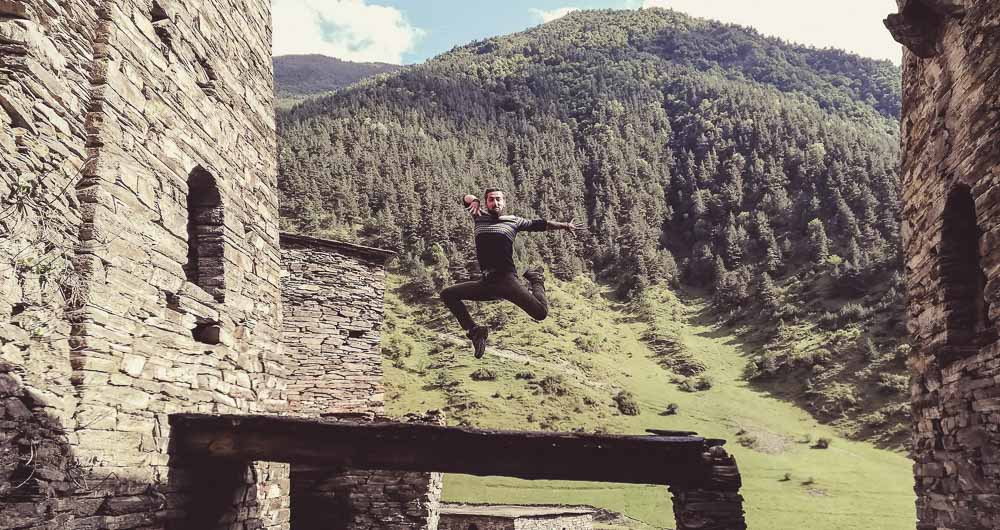 Tornike is doing his Georgian-style jump between the old houses of Shatili.

What you definitely shouldn't miss in Shatili is the museum dedicated to the Georgian writer Vazha Pshavela, where you can see numerous personal items of the famous author. Shatili also is a good starting point for various hikes in Khevsureti and – via Atsunta Pass – also to Tusheti. The village of Mutso with its fortress on top of the hill is just 12 kilometers away.

Shatili is the oldest village in Khevsureti. Today, 12 families still live in the village, mainly from agriculture and tourism. In Shatili, there is a restaurant and a few guesthouses. It is also popular to camp by the river Arghuni. Every autumn, the village celebrates itself. The authentic and traditional village festival, called Shatiloba, offers the perfect opportunity to immerse yourself in the Khevsureti culture and get to know the locals. In addition to horse races and other competitions, there is plenty of food and drinks.

Not far from Shatili lies Ardoti, which too is well worth a visit. While the village is now abandoned, it used to be used to house lepers and sick people in isolation.

If you would like to know more about Shatili, we recommend our blog article on the topic. 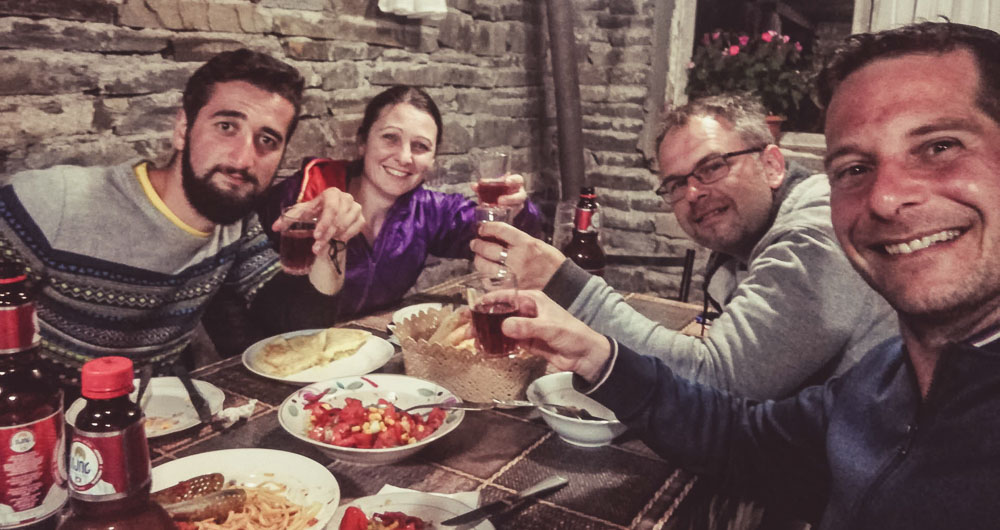 Are you interested in a private tour to Shatili, Khevsureti region, or to any other place in Georgia? Tell us about your ideas and immediately get an offer without obligation from us. 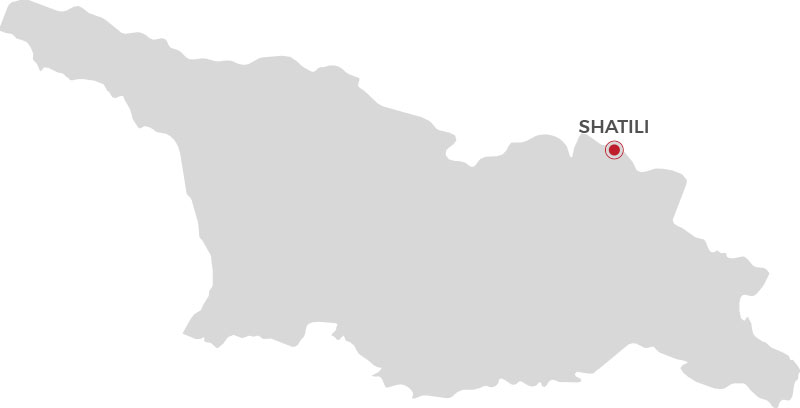 How to get to Shatili

The 150 km long road from Tbilisi to Shatili takes around 4 hours. It is highly recommended to use a 4x4 car to go there.

There are marshutkas from Navtlugi (near the Samgori metro station) in Tbilisi every Tuesday and Friday at 09.00h and from Didube station every Wednesday and Saturday at 09.00h.

The closest airport is the one in Tbilisi. From there to Shatili it takes you around 4 hours by car.

Shatili is not part of the Georgian railway system.

Things to do in Shatili