For almost 1,000 years, the small town of Mtskheta was the capital of the Iberian Empire, a forerunner of present-day Georgia. Today the city is a religious centre of Georgia and a popular tourist destination.

Two sights attract visitors in particular: The Svetitskhoveli Cathedral in the city center and the Jvari Monastery located on a hill above Mtskheta. These monuments, along with others in Mtskheta and the surrounding area, are UNESCO World Heritage Sites. 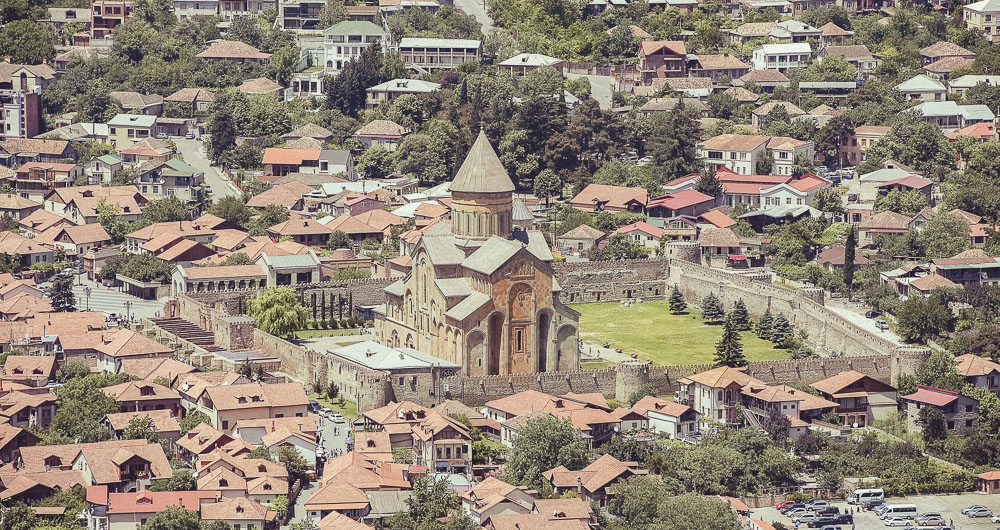 Located in Central Iberia, Mtskheta used to be an important Silk Road trading town between the Caspian and the Black Sea.

The Svetitskhoveli Cathedral is the largest and most impressive building in Mtskheta. The present church was built in the 11th century. Before that, however, a church had been standing here since the 4th century. The construction of the Svetitskhoveli Cathedral took almost 20 years (1010 to 1029). In the course of time, the building was often destroyed and rebuilt – for example after the conquests by the Persians, Arabs and Mongols, but also after earthquakes. 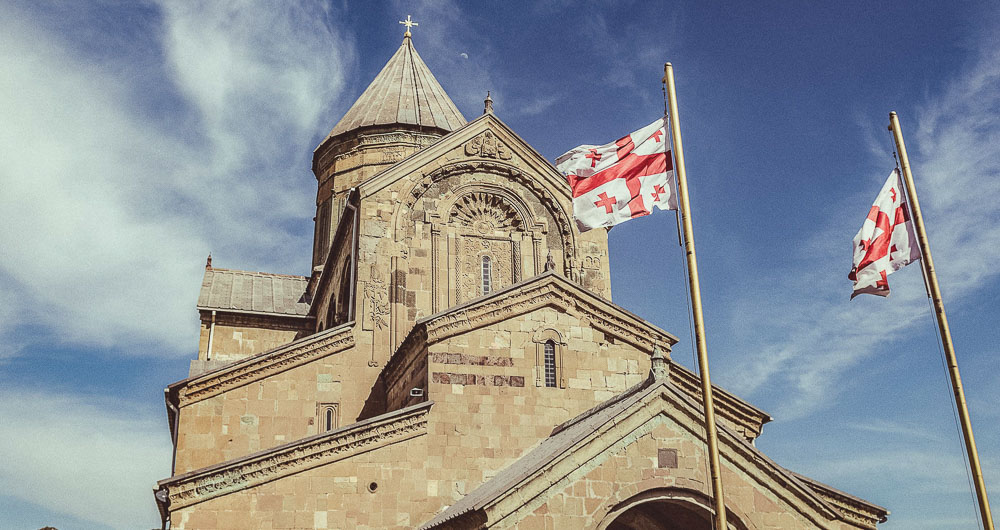 The Svetitskhoveli Cathedral in Mtskheta is Georgia's second-largest religious building.

Svetitskhoveli Cathedral is one of the most important religious buildings in Georgia. Not least because various legends say that its predecessor church played an important role in the Christianization of Georgia. 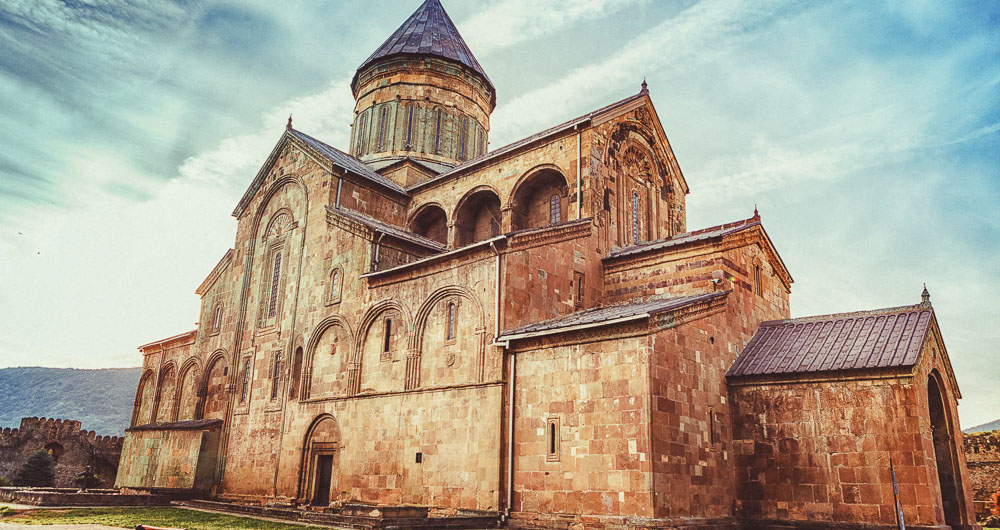 The Svetitskhoveli Cathedral is visible from nearly every place in and around Mtskheta.

The 6th century Jvari Monastery, situated on a hill near Mtskheta, is a UNESCO World Heritage Site as well. According to various legends, Saint Nino, who brought Christianity to Georgia, erected a cross on the site of the later monastery as early as the 4th century. From the monastery, one has a beautiful view of Mzcheta and the confluence of the two rivers Mtkvari and Aragvi. 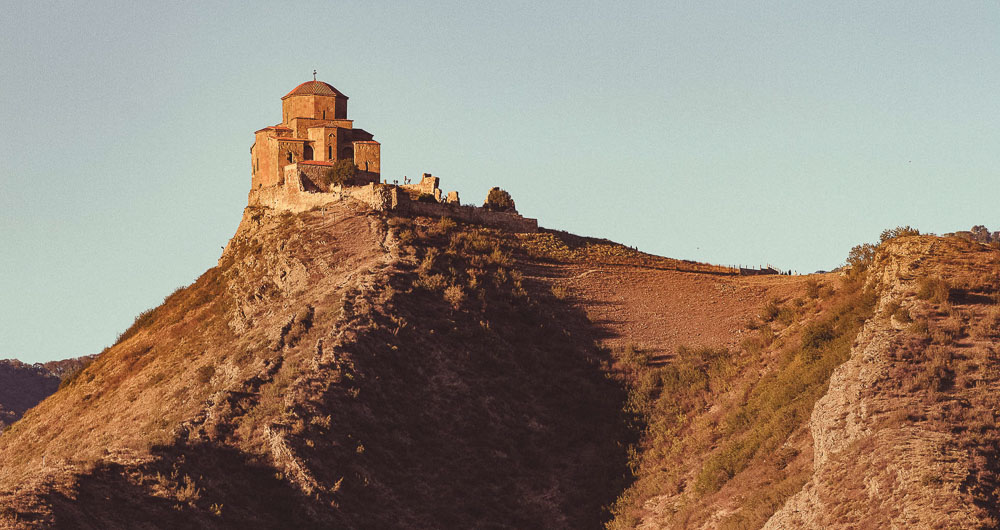 The Jvari Monastery above Mtskheta is a wonderful place, especially during sunrise or sunset.

Already 3,000 years ago people lived in today's Mtskheta. The place has always been of great strategic importance. On the one hand, a branch of the Silk Road once led through Mtskheta, on the other hand, the town lies on the Georgian Military Road, which connects Tbilisi with Vladikavkaz in Russia. Mzcheta lies further on the west-east axis and thus on the connection between the Black Sea and Baku on the Caspian Sea. 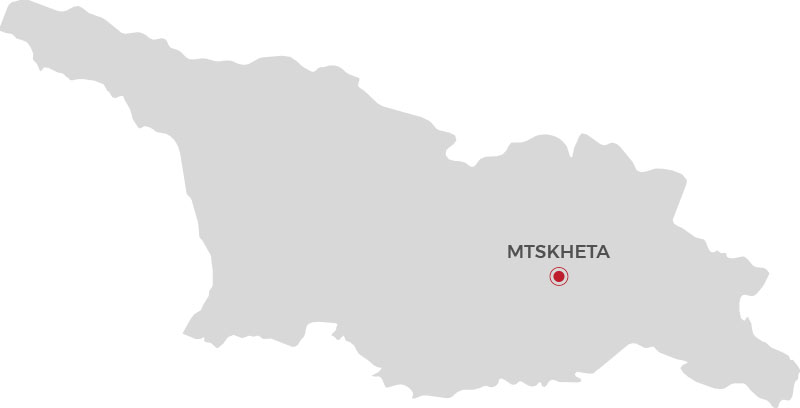 How to get to Mtskheta

Mtskheta is located only a few kilometers outside Tbilisi. Without a traffic jam, the journey from the center of the capital takes about 30 minutes.

From the Didube station in Tbilisi, there are several daily connections to Mtskheta. The journey takes 30 minutes and costs 1 GEL.

The closest airport is the International Airport of Tbilisi. The journey to Mtskheta takes about one hour from there. From Kutaisi Airport it takes about 3.5 hours.

There are no trains going to Mtskheta.

Things to do in Mtskheta