Martvili Canyon, a blessing in the summer

Martvili is a small town in the Samegrelo-Zemo Svaneti region. Many guests visit the nearby Martvili Canyon, especially in summer.

Martvili is the official name of the city since 1964 when it changed status and become the city. Before that the city had two different names; the first one- Tchkondidi and the second one -Gegechkori. There is an interesting history about the first name of the city. In the Megrelian language, Tchkondidi means «Big Oak». To the south-east of Martvili, where the Martvili monastery ensemble is located, stood a huge oak Tchkondidi in pre-Christian times, which was considered an idol. In ancient Georgia, there was a powerful cult of paganism. The sacred tree was associated with abundance and fertility. At the same time, people performed rituals near the tree and demanded the breeding and protection of cattle, the multiplication of the genus, the health of the meteors, and so on.

Tchkondidi idol (tree) was cut by St. Andrew the first-called, whose name is associated with the spread of Christianity in Georgia. After the victory of Christianity, a wooden sanctuary or temple was built on the site of the oak, around which the whole complex of the monastery, called Martvili, was created. According to legend, mothers have sacrificed to the Thkondidi tree their infant child. According to the belief of the people, the idol living in the tree itself demanded sacrifices from people. According to legend, the name Martvili originated from the Megrelian word Mark-vi (I killed you).

Martvili Canyon one of the best places in Georgia for diving.

There are about 20 interesting places in the Martvili region that show the cultural and historical value of this region. 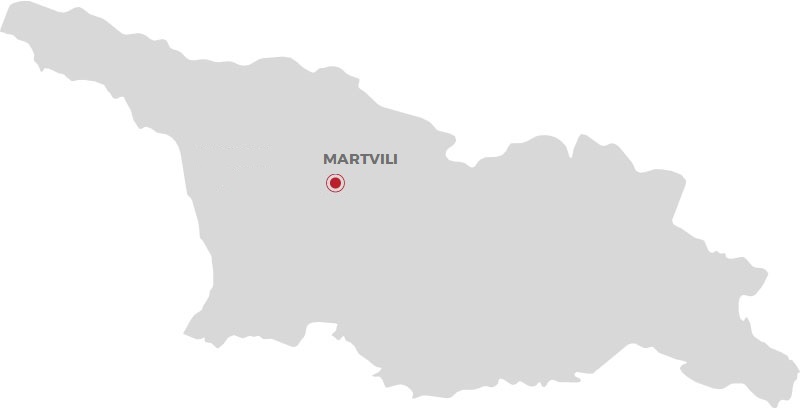 How to get to Martvili

There are good roads to Martvili. From Tbilisi, it takes around 4.5 hours, from Batumi 2.5 hours and from Kutaisi a bit less than 1 hour.

There are marshrutkas to Martvili from almost every city in Georgia. Just go to the main bus station. In Tbilisi you find the minibusses at the Didube bus station or Station Square; they leave once at 09:00 o'clock and one-way costs around 17 GEL- 5 EURO.

There is no airport in Martvili. The closest airport is in Kutaisi which is about 1 hour away.

Martvili is no connection with the Georgian railway system. From Tbilisi, you can get tickets for the train till Samtredia train station, which takes 4 hours and costs 4EURO. From Smatredia you can take a taxi, which takes 40 minutes and costs are around 10Euro.

Things to do in Martvili 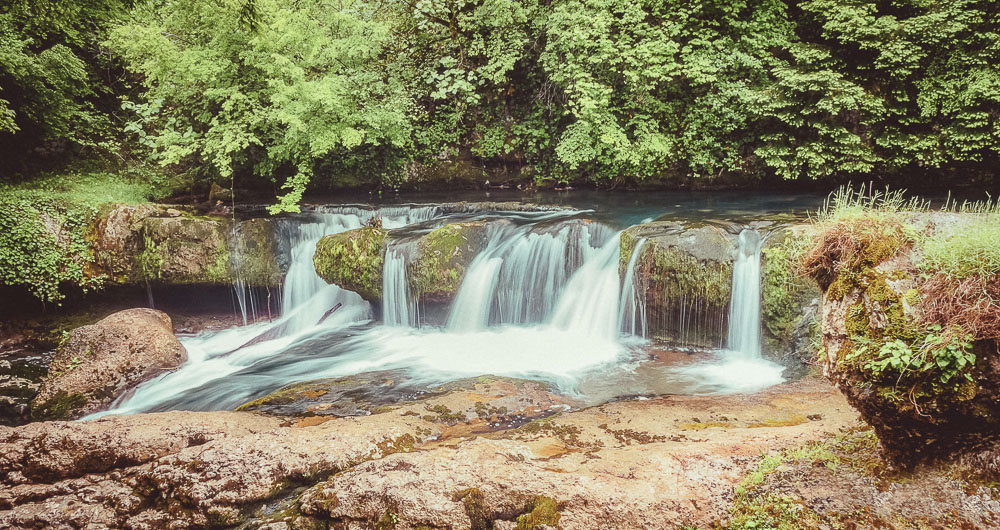 The Martvili Canyon, located 50 km west of Kutaisi, is a picturesque landmark of magic rocks and clear water. The canyon is also called Gachedili Canyon, because of the village with the same name which is located nearby. Read more ...