Recreation at the Black Sea

After Batumi, 28 km away, Kobuleti is the most important seaside resort on the Georgian Black Sea coast. The small town in the southwest Georgian region of Ajaria is visited by more than 100,000 tourists every year. Kobuleti is particularly popular with guests from Armenia, followed by Azeris, Turks and Iranians.

Most tourists visit Kobuleti during the high season in July and August. Thanks to the mild, subtropical climate, you can swim in the Black Sea from mid-May to the end of September. In contrast to Batumi, where numerous casinos, bars and clubs attract a young, urban audience, Kobuleti is somewhat quieter and therefore more suitable for families. During the high season, however, numerous bars and cafés are open. In winter there is nothing going on in Kobuleti. A visit definitely isn't worthwhile then. 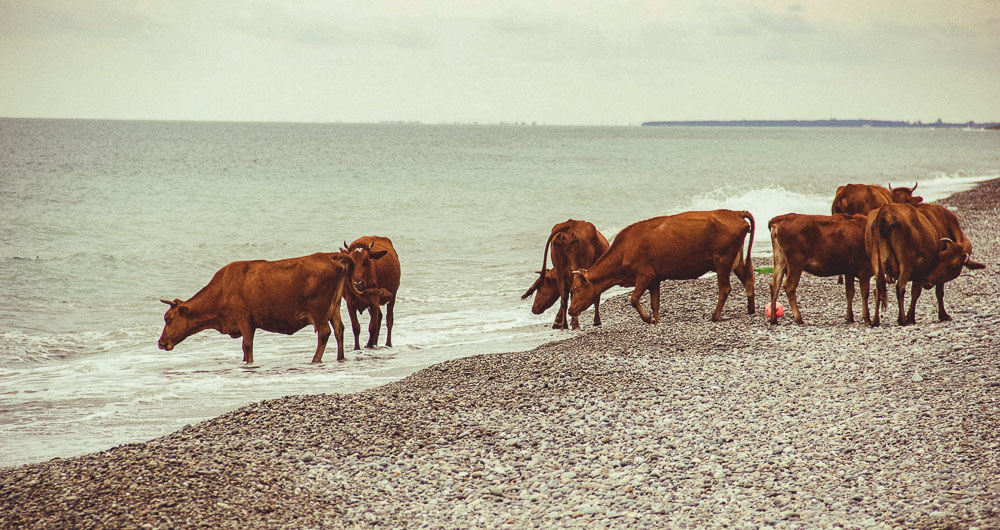 Even the cows seem to enjoy the beaches of Kobuleti.

The coastline in this part of Georgia is mainly lined with pebble beaches. Visitors can rent deck chairs and parasols for a small fee. Kitesurfing and jet skiing are also possible. 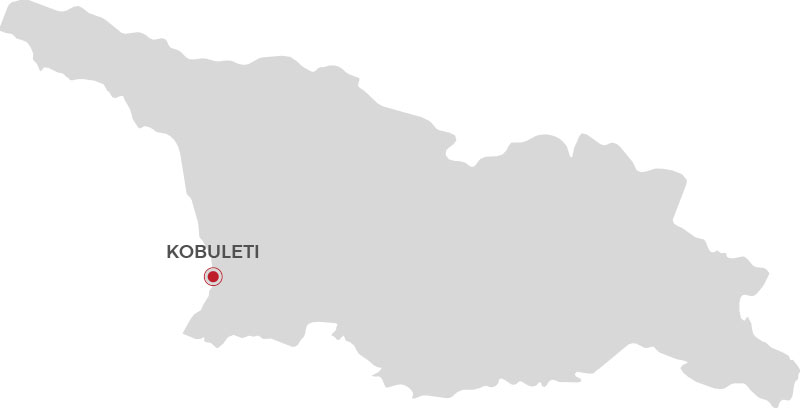 How to get to Kobuleti

The 350 km from Tbilisi to Kobuleti takes you about 5 hours if you follow the route via Samtredia, Lanchkhuti and Grigoleti. If you come from Batumi International Airport, it is a bit less than 1 hour.

There is a small airfield in Kobuleti, but there are no scheduled flights landing there. The next airports are in Batumi (33 km) and Kutaisi (100 km).

Kobuleti is located at the railway track Samtredia - Batumi. There are regular trains from and to Tbilisi (one during the day, one during the night). There are trains to Ozurgeti and Kutaisi, too.

Things to do in Kobuleti