Khvanchkara, one of the most famous red wines of Georgia

Ambrolauri, which was almost completely destroyed by a terrible earthquake in 1991, is primarily known for the red wine Khvanchkara, which has been produced in the town 12 kilometres away since 1907.

Ambrolauri, founded in the 17th century, is located in the northwest of Georgia in the region of Racha-Lechkhumi and Kvemo Svaneti, whose capital it is. Ambrolauri is famous above all for its Khvanchkara wine, which is produced in the village of the same name 12 kilometres away. The village lies on the Rioni, the third-longest river in Georgia with 327 kilometres. 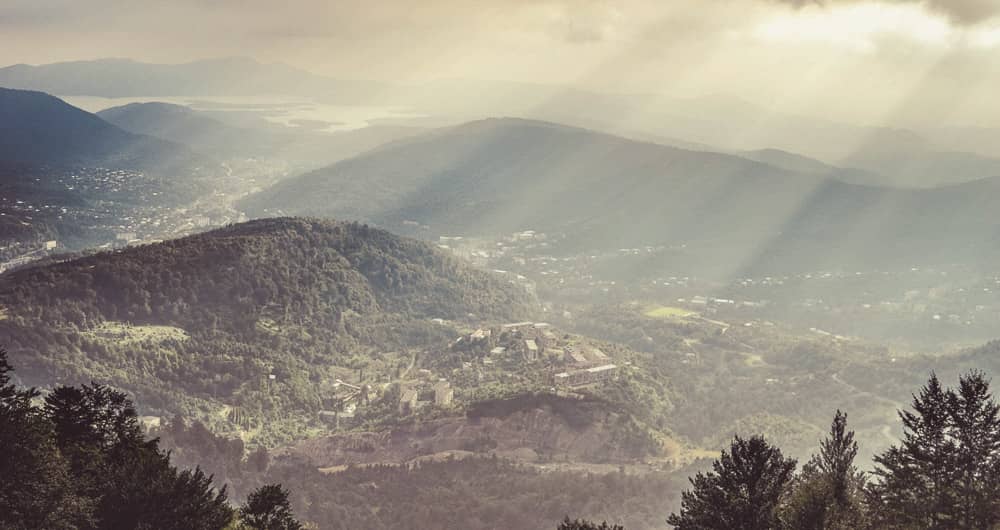 View of Ambrolauri and the surrounding hills of Racha region in Western Georgia.

Earthquake and destruction in 1991

In 1991, the same year as the Georgian Independence from the Soviet Union, the most severe earthquake ever struck Georgia occurred in and around Amrolauri. The quake had a magnitude of 7.0 on the Richter scale and caused 270 deaths. The city of Ambrolauri was largely destroyed.

The area around Ambrolauri is ideal for viticulture because of its protected climate and soil conditions. The most famous wine of the region is undoubtedly the Khvanchkara, which is produced in the village of the same name 12 kilometres away. Atypical for traditional Georgian wines, Khvanchkara is not produced according to the Qvevri method but stored in a stainless steel tank. The Khvanchkara is a blend of the Mujuretuli and Alexandruli grape varieties, which gives it a strong bouquet and a smooth, sweet taste.

In the centre of Ambrolauri, in the middle of a roundabout, there is a monument in the shape of a meter-high Khvanchkara wine bottle. Apart from that, there is not much to see in Ambrolauri – apart from the remains of the Imeretian royal residence, a theatre and an art museum. Nevertheless, there are several guesthouses in the village in which it is always worth spending the night. Because the region is not particularly developed for tourism, guests experience a high degree of hospitality and authenticity. 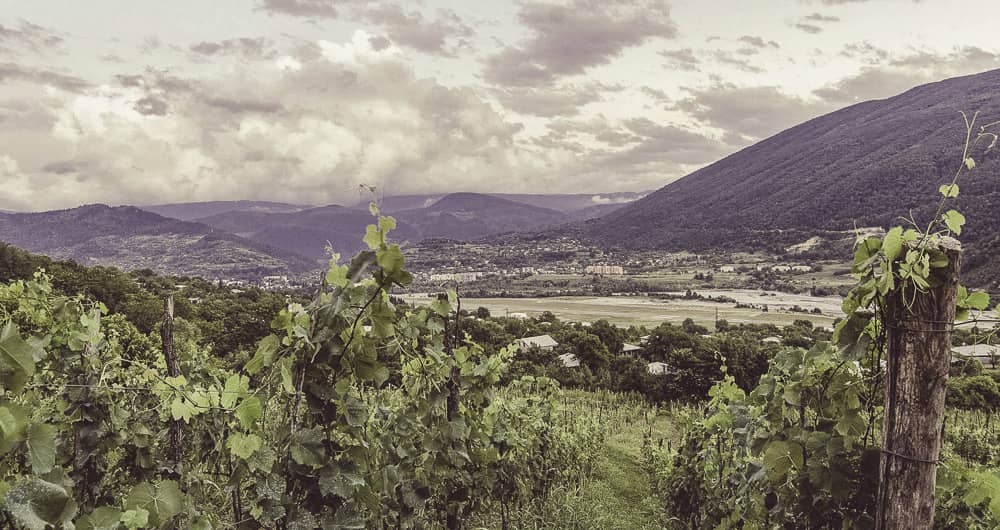 Many vineyards in the Racha region are located on the banks of the river Rioni which also flows through Ambrolauri.

Day trips to Oni and Shovi

From Ambrolauri there are day trips to Khvanchkara (20 minutes by car), but also to Oni (35 min) and Shovi (1h 15 min). Along the road, there are numerous natural mineral water springs. Each spring has an individual composition of minerals, which can be recognized by the taste, but also by the coloured deposits that the bubbling water leaves at the spring.

Are you interested in a tailor-made trip to Ambrolauri, Racha or to any other place in the Caucasian mountains? Tell us about your wishes and get our offer without obligation. 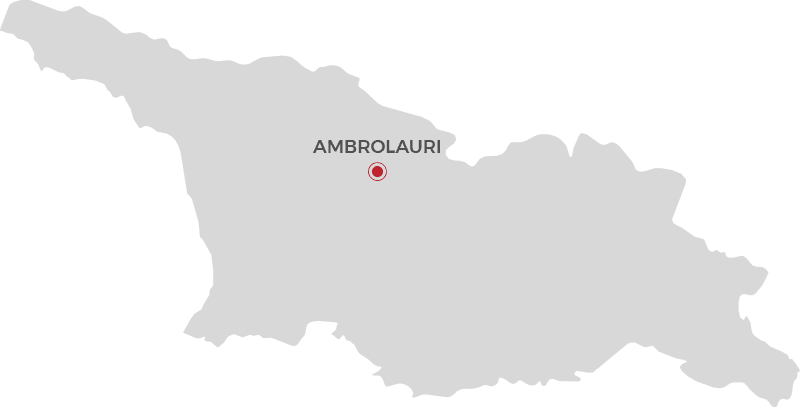 How to get to Ambrolauri

The journey from Tbilisi to Ambrolauri takes about 4.5 hours. The last stretch over the Nakerala Pass and along the Shaori Reservoir is particularly worth seeing.

This information is not yet available. We are working on it.

Since 2017 there is a small airport for domestic flights in Ambrolauri. The company VanillaSky offers flights from Tbilisi (Natakhtari Airfield). The nearest international airport is in Kutaisi (2h by car).

There is a train station in Tqibuli, 40 km south of Ambrolauri. From there you can take a minibus (Marshrutka) to Ambrolauri.

Things to do in Ambrolauri