Whether skiing in Georgia is worth your while

Why invest so much time as a Swiss or as a resident of the Alpine region to do in Georgia, what you could so easily do at home at your own doorstep? Friends asked us this question repeatedly. Our answer has always been: we are just curious. And so we went at the end of December 2017 on a trip to Georgia.

Travel report from Stephan Frey, Switzerland | We chose Gudauri, the largest ski resort in Georgia. Gudauri can be reached from the capital by car or by marshrutka (a shared taxi) in about two hours on the Georgian Military Road in the direction of Stepantsminda. The brisk construction activity in the small mountain village is striking. Especially in the newest part of the village, called New Gudauri, where huge projects are planned. A new Radisson Hotel is already under construction. We wonder if that is a good thing. And we came to the conclusion that there are two sides to this. On one hand, we see economic progress and directly and indirectly created jobs. On the other hand, there is nature, which suffers just as much as the authenticity, which is somehow getting lost. The hotels and restaurants have a standard that easily competes internationally.

And how about skiing? Part of the equipment is a bit older; it takes some patience on those chairlifts. The newer chairlifts and gondolas are state-of-the-art and move the guests up at a fast pace. The snow is already fantastic in December, at the beginning of the winter season. We did not see a single snow cannon during our four days in Gudauri. From the valley station at around 2,000 m above sea level up to Mt. Sadzele at 3,300 m above sea level, the condition of the slopes is excellent. 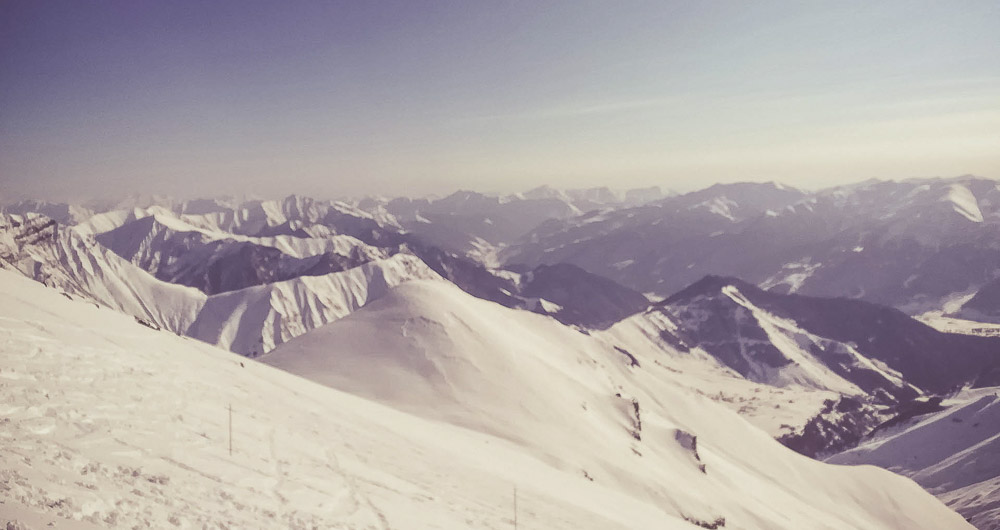 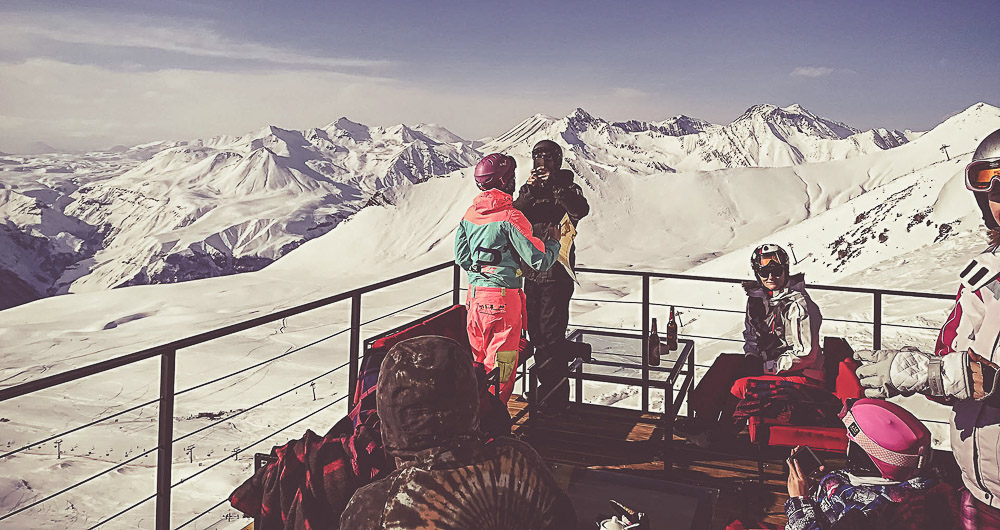 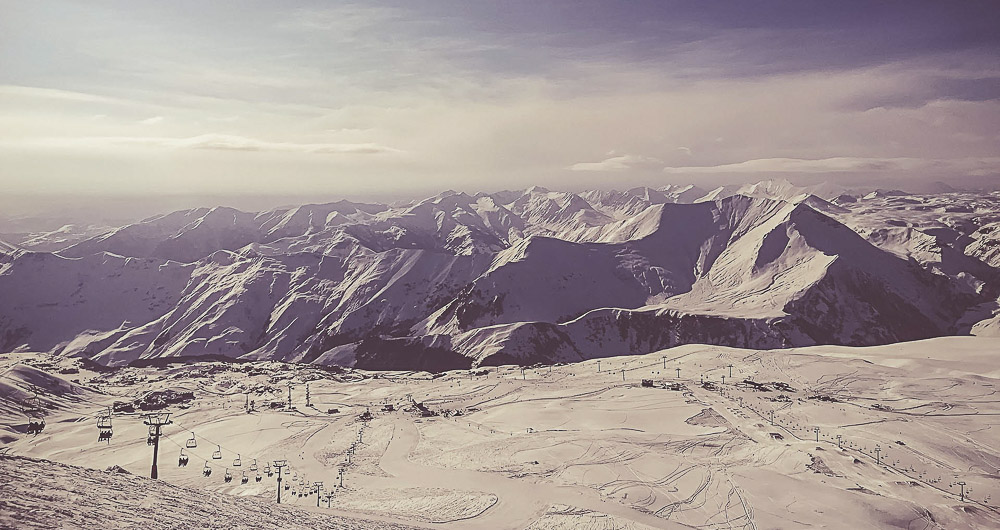 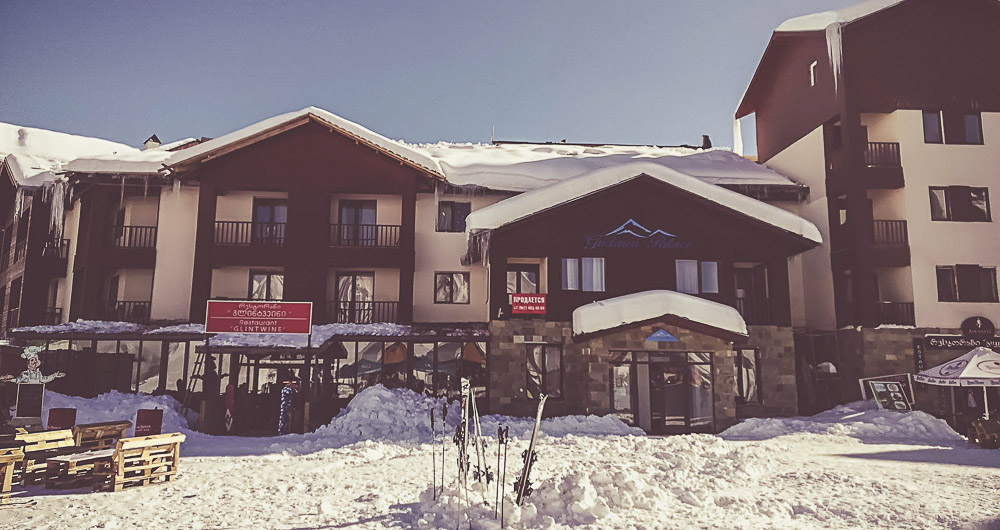 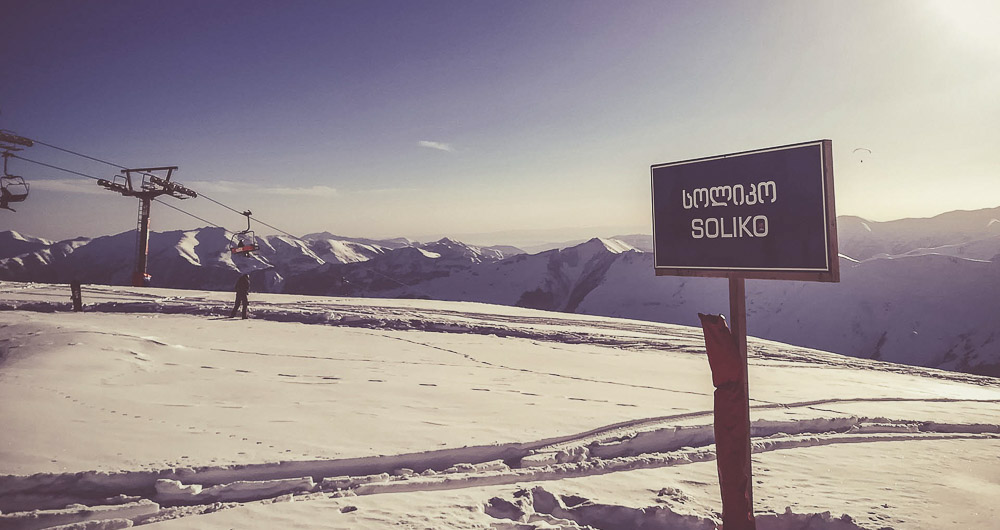 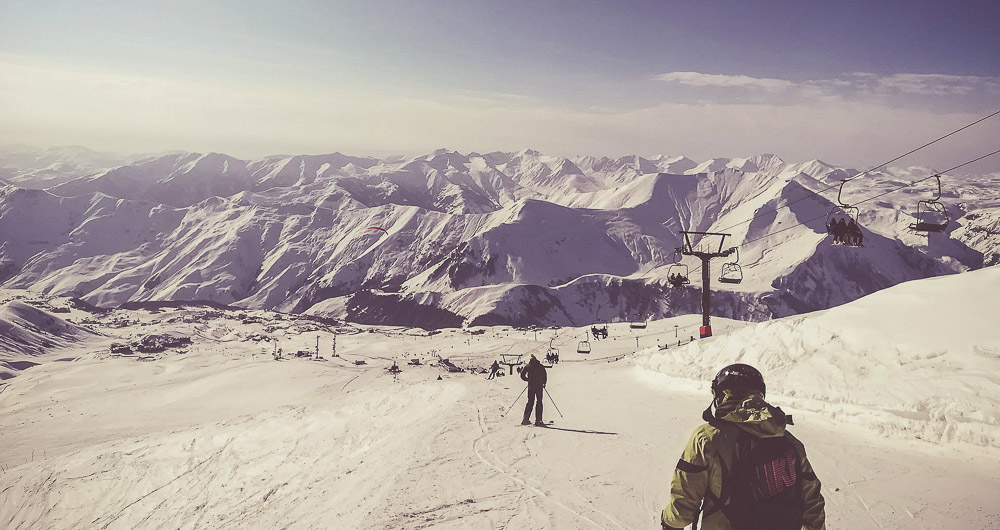 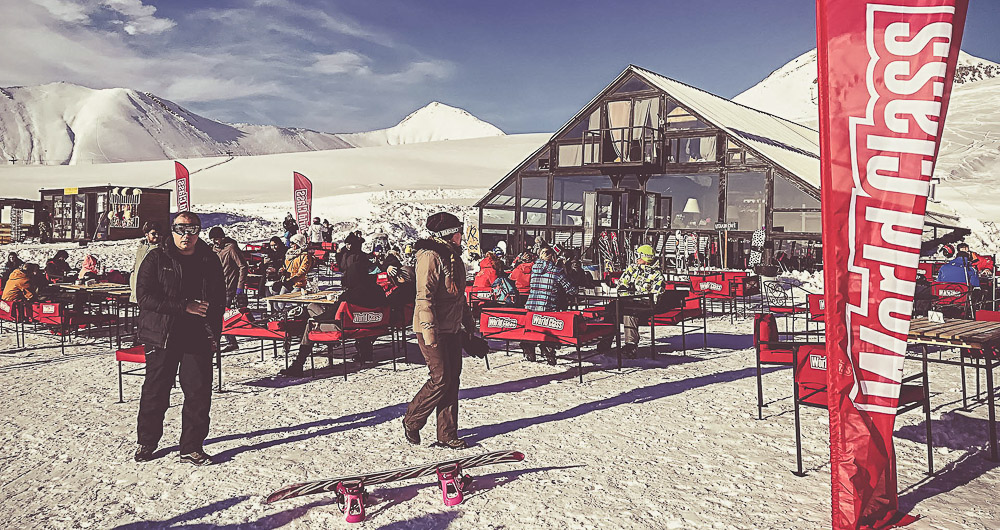 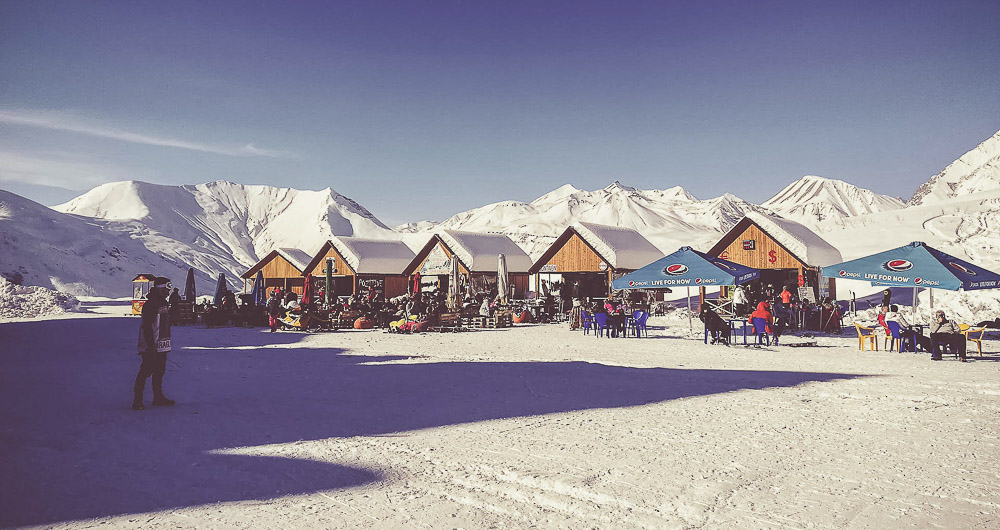 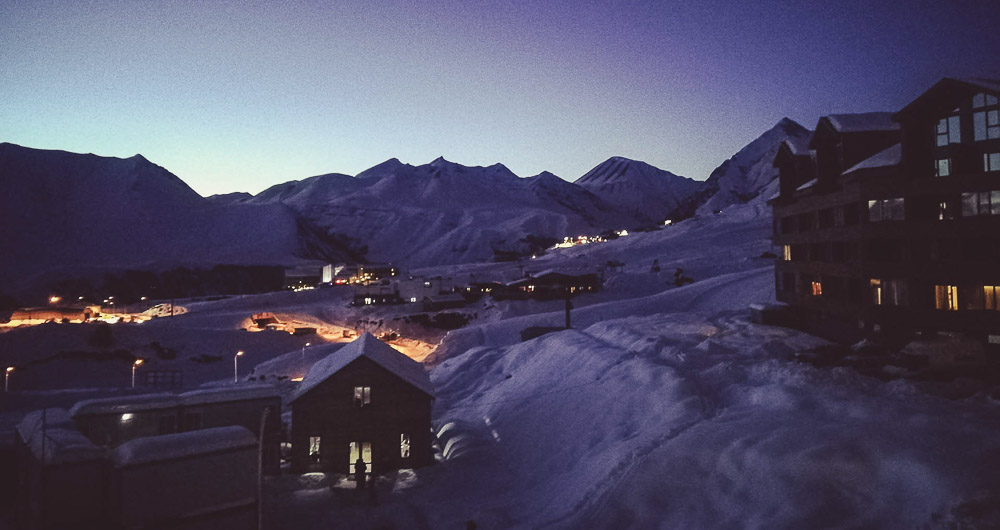 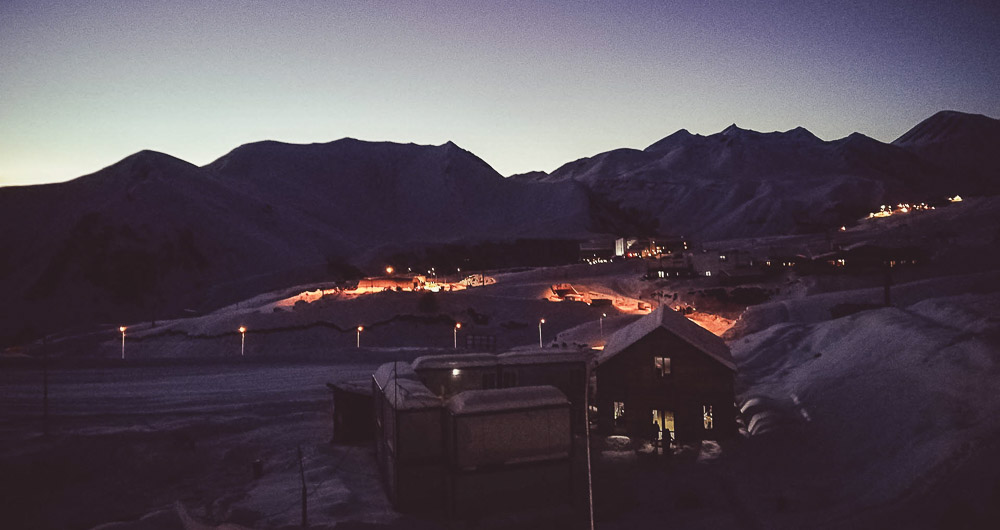 The fact, that in Gudauri investment and construction is seemingly haphazard, is disappointing to us.  Many entrepreneurs seem to want to make a quick buck in the booming country. We think they are copying the Alps. Or Sochi. Or anything in between. The ski resort does not have much to do with Georgia, its traditions, and its history. Much of the authenticity is lost.

But what really delights us is the view that presents itself to us: Endless mountains, shrouded in snow all the way to the horizon. We see no village, no city, no sign of civilization. You will not find such an unspoiled view in the entire Alpine region. It’s a pity, we think, that we are not Freeriders. For them, Gudauri and the surrounding peaks would be a true paradise.

Our conclusion: Gudauri is a good ski resort, which has everything that your heart desires. Yet the authenticity comes up short and all is a copy rather than an original, it is not worth the long journey. It looks quite different as a Freerider or Heliskier: in this regard, Gudauri must be a true paradise. We might just brush up on our deep snow skills and then maybe come back.