The traces of the German settlers in Georgia

More than 200 years ago numerous Germans moved to the Caucasus. The cultural heritage of these emigrants is still visible in various places today. We are going on a search for traces in Georgia.

The largest wave of emigration took place between 1817 and 1819, when more than 2,500 people from Baden-Württemberg set off on the almost 4,000 kilometre long journey to Georgia. The fact that the people took such an arduous journey can only give an idea of how hard the living conditions in the south of present-day Germany must have been.

There was abject poverty and hunger. The traces of the Napoleonic Wars, which had just ended, were omnipresent. In addition, there were religious reasons: The German emigrants were followers of Pietism. These Protestant reformers wanted to live their faith self-determined and independent of the church, which was not at all welcomed in their homeland.

They saw their future in the Caucasus, where they were guaranteed free choice of settlement, freedom of belief, self-administration and other privileges. In 1817, more than 2,500 Germans settled in Georgia. In the following two years numerous other emigrants followed.

Swabian villages in the Caucasus

Having arrived in the Caucasus, the Germans settled in various places. The first of these settlements, colloquially called Schwabendörfer, were called Katharinenfeld (today Bolnisi), Elisabethtal (Asureti), Marienfeld (Sartichala) and Alexandersdorf, which today is part of the city of Tbilisi.

From the middle of the 19th century, further settlements such as Alexanderhilf and Georgsfeld were added. And even in the early 20th century, new German settlements were founded in Georgia with Waldheim, Wiesendorf, Traubenberg, Grüntal and Hoffnungstal.

Most settlements were established in the south and southeast of the country, not far from the city of Tbilisi. However, some of the settlers also settled in Abkhazia, where they founded the towns of Gnadenberg, Neudorf and Lindau. 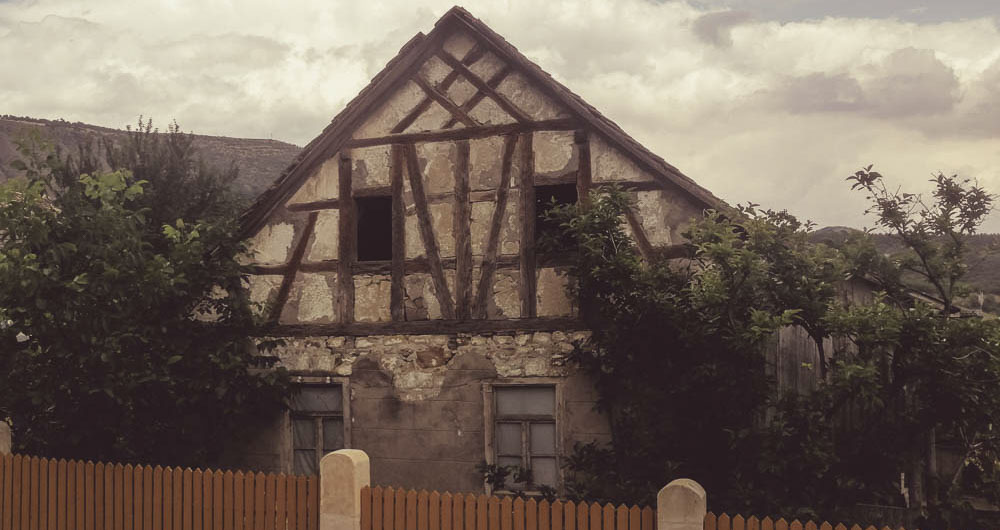 After a difficult initial period, in which the life of the German settlers was extremely hard, their villages developed better and better in the middle of the 19th century. At the height of their prosperity, some 45,000 Germans lived in the Southern Caucasus, most of them in the territory of present-day Georgia.

Deported by the communists

The tranquil and peaceful life of the ethnic German population came to an abrupt end when the communists took power in the Caucasus. The inhabitants of the German villages were mercilessly deported to Siberia, Kazakhstan and other remote places of the giant empire. The Soviets needed cheap labour to push ahead with urbanisation and industrialisation.

Only 10 years after the end of the Second World War were ethnic Germans allowed to return to their villages. Most of them did not do so, however, because their villages were either largely destroyed or already populated elsewhere.

Today only a few ethnic Germans still live in Georgia. However, the legacy of the first settlers is partly still visible today.

Today we introduce you to one of the original German villages in Georgia: Asureti, which can be reached from Tbilisi after a three-quarter hour drive. Even from a distance, you can see from the church tower that this village is somewhat different from the surrounding villages. If one gets closer to the village, a sign with the inscription Elisabethtal leads one to the historical centre of the village. 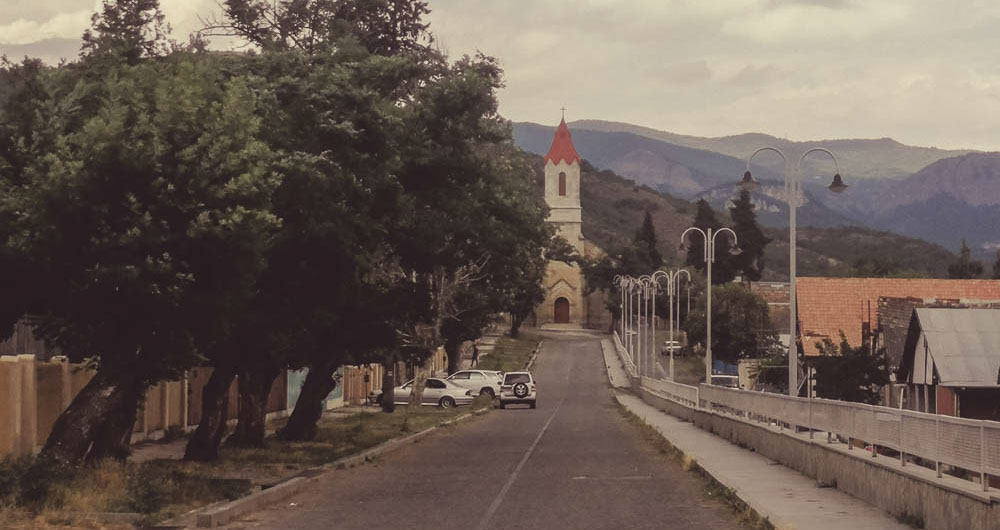 The centre consists of a cobbled street about 300 metres long, at the end of which stands the Lutheran Church of the Redeemer, the symbol of Asureti. The main street is called «Schwabenstrasse» (Swabian Street) in memory of the first German settlers. 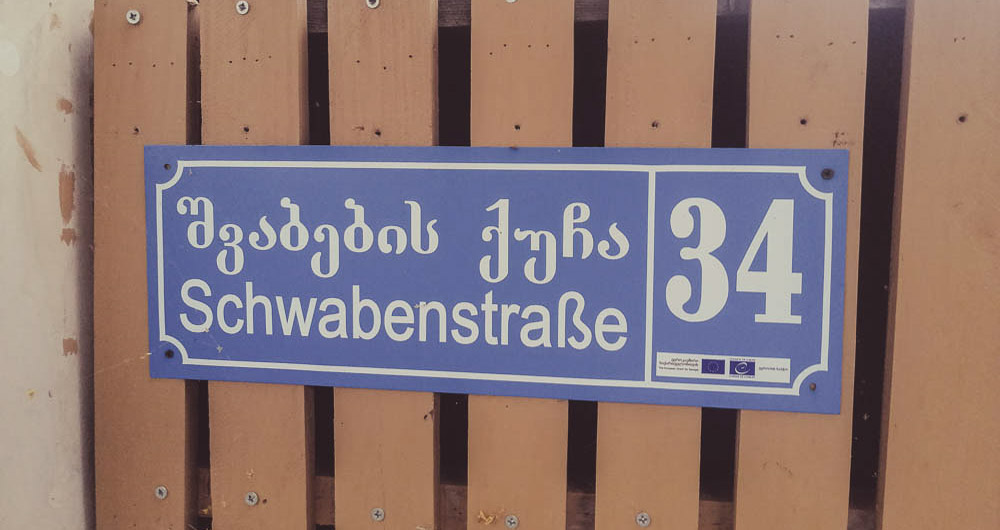 The Schwabenstrasse in Asureti is lined with houses of Georgian and German construction. Some half-timbered houses, which were doomed to decay, have been renovated in recent years. One of the most beautiful houses belongs to Manfred Tikhonov, a German from Berlin who emigrated to Georgia only a few years ago. 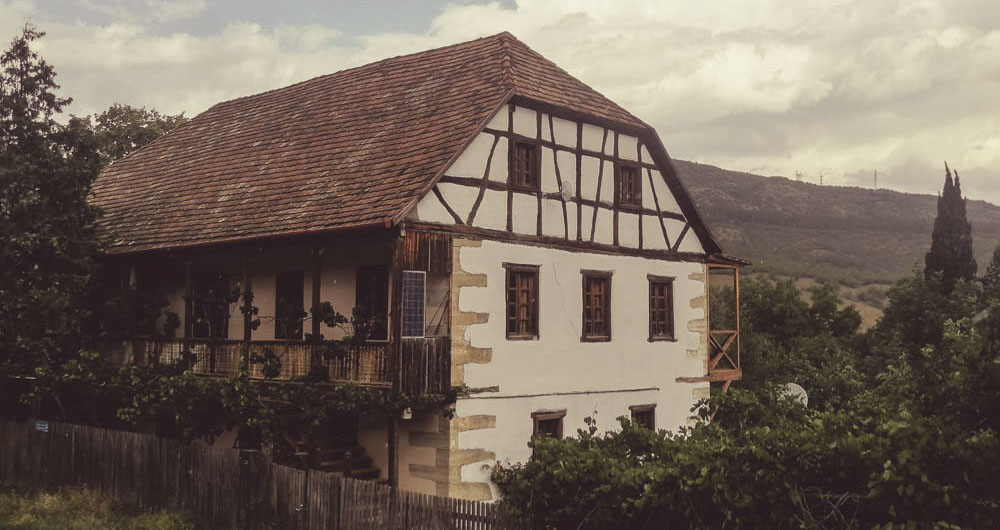 He had to do a lot of work on the house, which was built in 1870, in order to restore it. Today it is probably the most beautiful house in the whole village.