Guide to the World Heritage Sites in Georgia

For centuries, Georgia has been home to a number of historical monuments, which are still preserved today and even though some of them are restored, they haven’t lost their original forms. The country has adapted and absorbed much from other nations as the country was dominated by other empires for many centuries: the Persian Empire, the Romans, the Mongols, etc. Accordingly, the architecture has been influenced by different styles – some of them dating back to the medieval period.

Besides the hard historical period, Georgia produced some spectacular specimens of architecture and art, showcasing Georgia’s vibrant culture. Some of these sites are now protected UNESCO World Heritage sites and are in fact some of the most famous places in Georgia to visit. Officially, the country has accepted the convention of the world heritage sites in 1992.

As of 2018, there are three World Heritage sites in Georgia, all of which are cultural sites. These three UNESCO World Heritage sites in Georgia are perfect destinations for history lovers and those wanting to really learn deeper about ancient Georgian culture. The cathedrals and monasteries in particular have huge significance, because of the fact Georgia was actually the second nation in the world to adopt Christianity as its official religion.

Founded more than 900 years ago in western Georgia, Gelati Monastery not only was one of the largest Orthodox monasteries in medieval times but also a bustling center for science and education. Its frescoes, murals and mosaics are remarkably well preserved, reflecting the richness of Georgia’s Golden Age from the 11th to the 13th century.

The historic churches of Mtskheta, the former capital of the Kingdom of Georgia, are typical of medieval religious architecture in the Caucasus region. One of the oldest monasteries was built here in the 6th century. Jvari (Cross) Monastery construction is symbolized as the fall of paganism and the rise of Christianity in Georgia. Another site is Svetitskhoveli Cathedral, built in the 11th century. 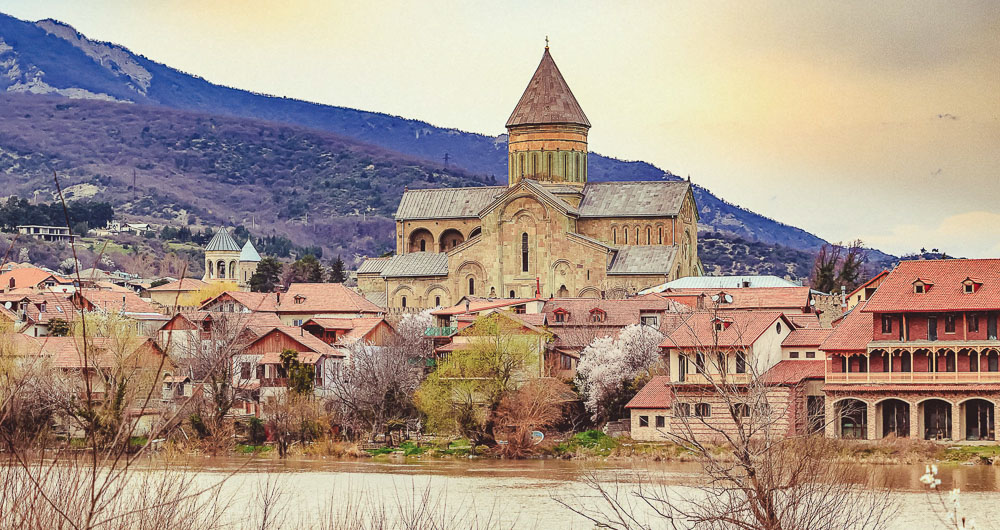 Though the site itself is even older dating back to the early 4th century and is surrounded by a number of legends associated primarily with the early Christian traditions. Svetitskhoveli, known as the burial site of Christ's mantle, has long been the principal Georgian church and remains one of the most venerated places of worship to this day. 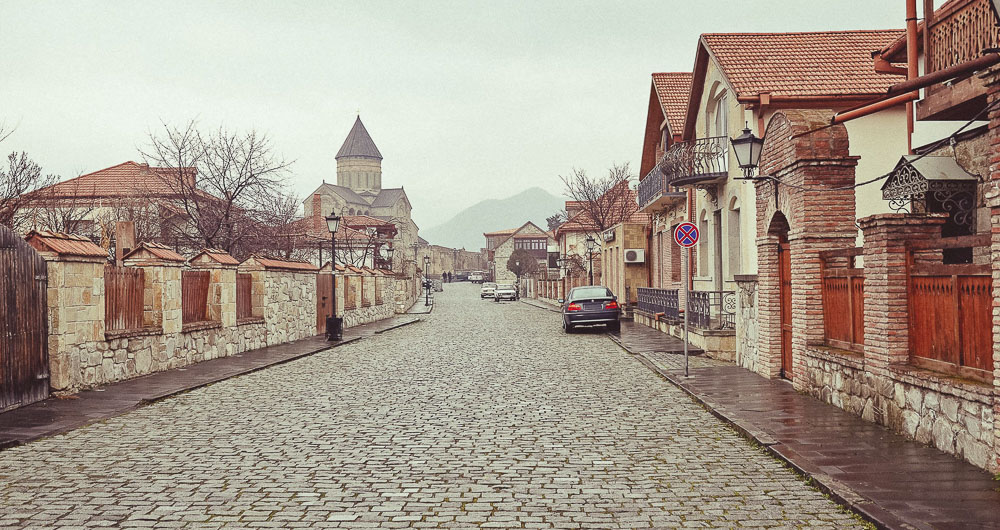 The Upper Svaneti region of the Caucasus is an exceptional example of mountain scenery with medieval-type villages and tower-houses. 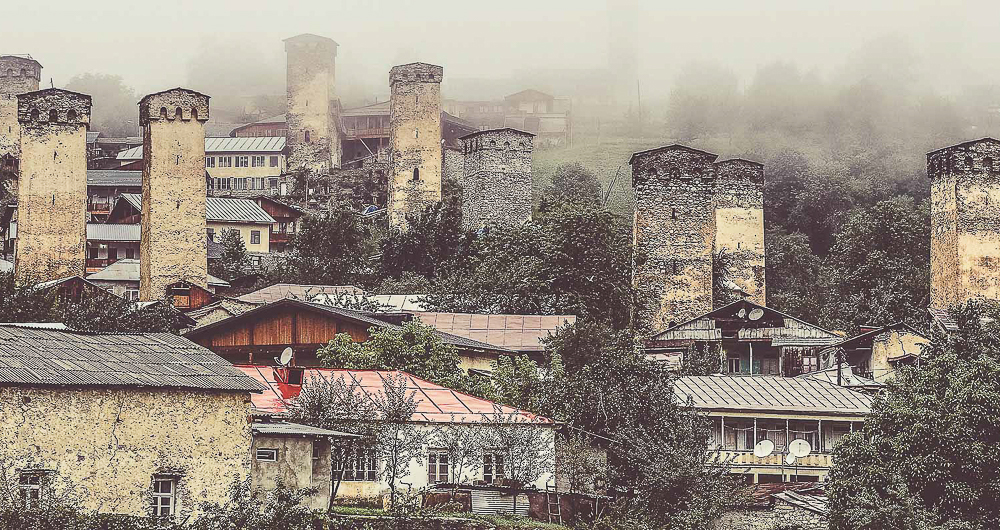 The village of Chazhashi still has more than 200 of these very unusual houses, which were used both as dwellings and as defense posts against the invaders who plagued the region. 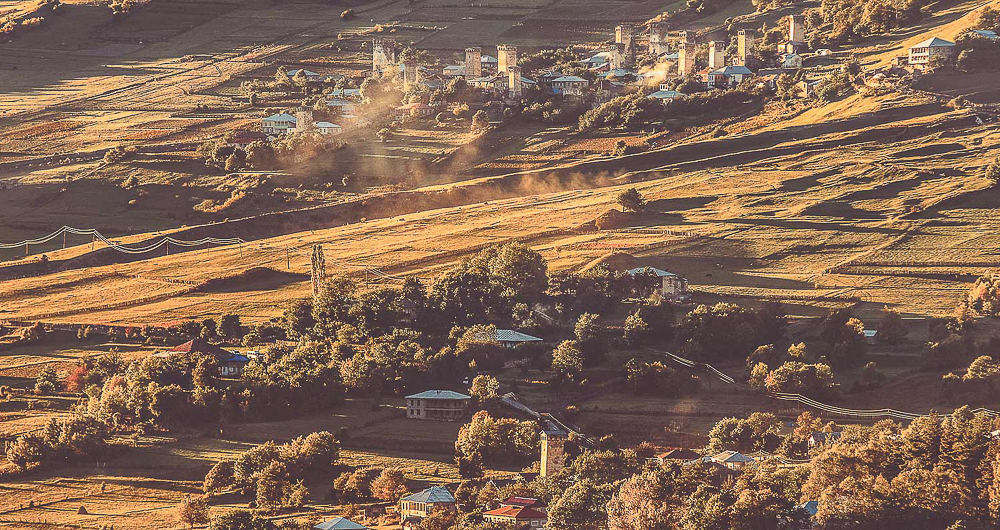 The geographical location and setting of this exceptional medieval landscape highly contribute to the preservation of the forms of local intangible heritage, such as traditions, customs, and beliefs, rituals of everyday life, language and folklore of the Svan community.

Apart from those cultural places, there is also a lot of intangible cultural heritage in Georgia. Here are the three which have been nominated by the UNESCO:

In 2001 the Georgian polyphony was recognized by UNESCO as a masterpiece of the intellectual and intangible heritage of humanity. Scholars believe Georgian folk song has been polyphonic for many centuries, perhaps even for a millennium or more. A typical Georgian song is sung by men, singing in at least three vocal ranges together. The song «Chakrulo» is a very good example of Georgian polyphony.

Do you know our legendary Georgian Folk Nights? Read more.

The oldest Georgian traditional method of producing wine, which has over 8,000 years of history, is part of the UNESCO list since 2013. The Qvevri winemaking method is one of the country’s most valued cultural achievements and treasures. The tradition plays a vital role in everyday life and is passed down by families, neighbors and friends, all of whom participate in the social harvesting and wine-making activities. 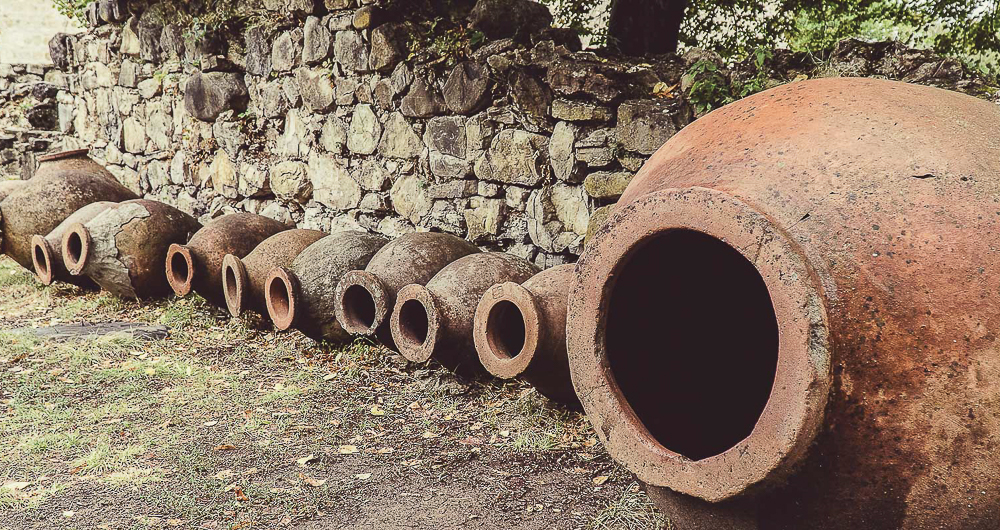 Three species of the Georgian alphabet have been part of the UNESCO list since 2012. The evolution of Georgia’s written language has three alphabets: Mrgvlovani, Nuskhuri and Mkhedruli, all of which remain in use today. The organization agrees that the alphabets coexist thanks to their different cultural and social functions, reflecting an aspect of Georgia’s diversity and national identity.

Read more about the Georgian language.

The world heritage sites are places of importance to cultural or natural heritage described in the UNESCO World Heritage Convention, established in 1972. To be included on the World Heritage List, sites must be of outstanding universal value and bear a unique and exceptional testimony to a cultural tradition or to a civilization which is living or which has disappeared.