Caucasus is home to almost 50 languages

Adyghe, Abasinian, Bats, Lezgic, Udi, or Archi: Yes, these are all languages indeed. And they are all still spoken by people today.

All these languages come from the Caucasus, a region with an incredible variety of languages. Between the Black Sea and the Caspian Sea, i.e. in southern Russia, Georgia, Azerbaijan and parts of Armenia, there are almost 50 different languages. 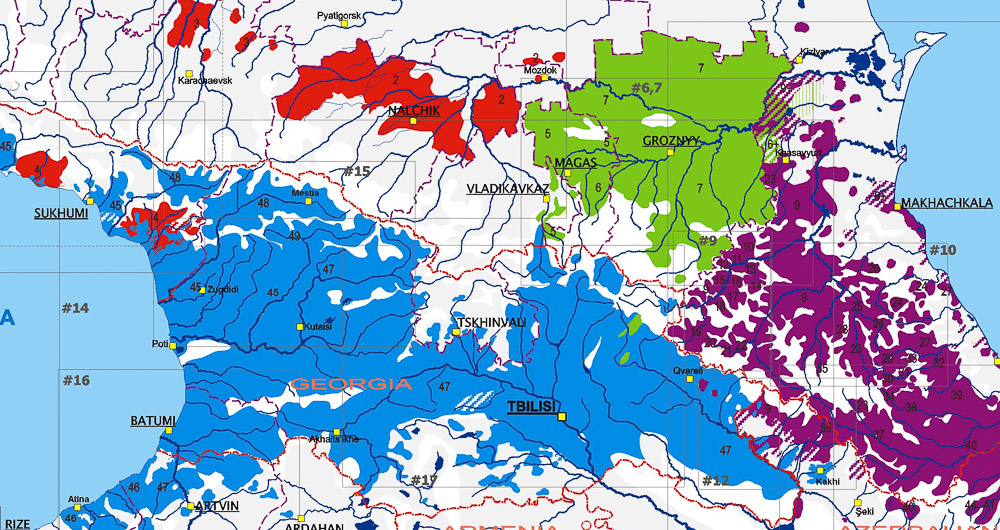 Azerbaijani, Armenian, Georgian and Russian are languages you have probably heard of. You may even know Chechen or Abkhazian.

But what are the other more than 40 languages spoken in the Caucasus region? Do you think that only a few, older people still speak these languages? Partly yes, but that's far from being the case for all languages in the Caucasus.

Lezgic, for example, is spoken by over 650,000 people in Azerbaijan and Dagestan. In the North Caucasus, 300,000 people speak Ingush and Adygean each. And Kabardinian is even spoken by more than 1.6 million people.

In addition, there are also languages that only a few people speak and some of which are threatened with extinction. These include Bagvalal, Botlikh, Godoberi and Chamalal. 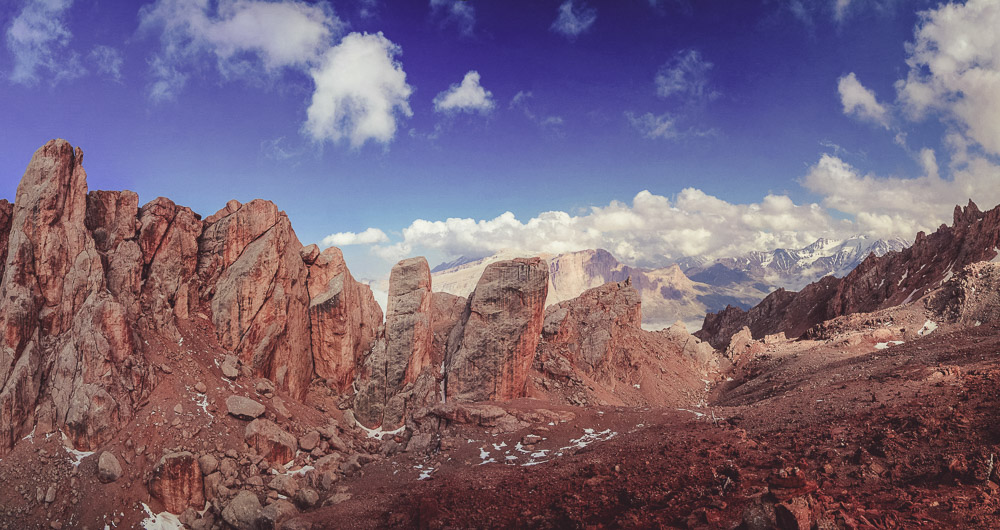 In terms of languages, the mountains of Dagestan (Russian Federation) are one of the most diverse regions in the world.

One village, one language

Although there are still around 2,000 speakers, the Khinalugian language is also considered to be at risk. The special feature of this East Caucasian language is that it is spoken in one village only: in Khinalug. Due to the remoteness of the village in the Caucasian mountains, the language has been able to assert itself until today.

Other Caucasian languages also exist only in a geographically very limited area that includes a few villages. For example, in the Dagestani villages of Buikhe and Ashino there are just 200 people who speak Botlikh. All the more surprising that there are even two different dialects in this language. 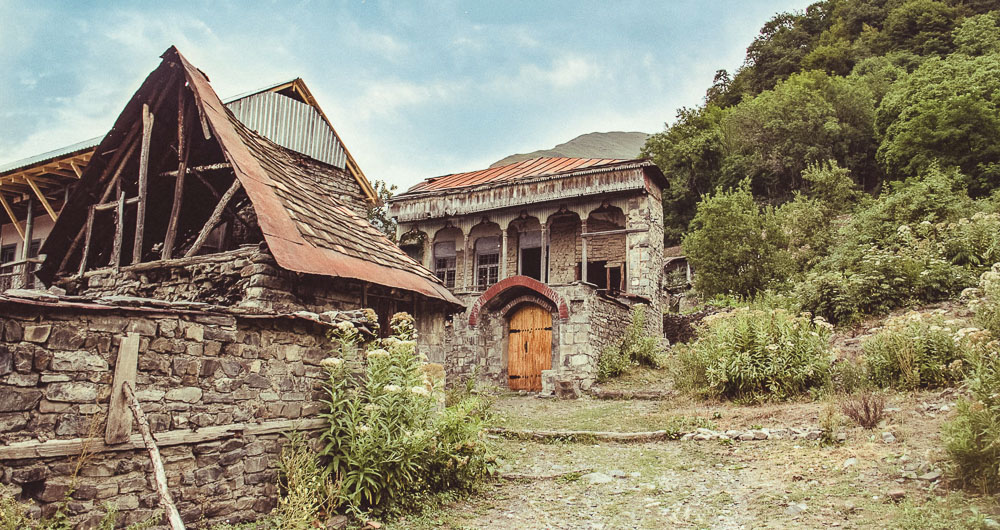 The village of Khinalug in north-eastern Azerbaijan has been inhabited for 5,000 years.

Only 3 of the almost 50 languages in the Caucasus belong to the Indo-European language family:
1. Armenian
2. Russian
3. Ossetian

In addition, there are of course other Indo-European languages that have settled with the migration of the people. However, we do not count such languages as Ukrainian, Greek, English, or German here.

The Turkic languages extend from Turkey through Central Asia to the Far East of Russia. Well-known representatives are Uzbek, Kyrgyz and Kazakh. The following five Turkic languages are spoken in the Caucasus:
4. Azerbaijani
5. Turkish
6. Karachai-Balkarian
7. Kumyk
8. Nogai 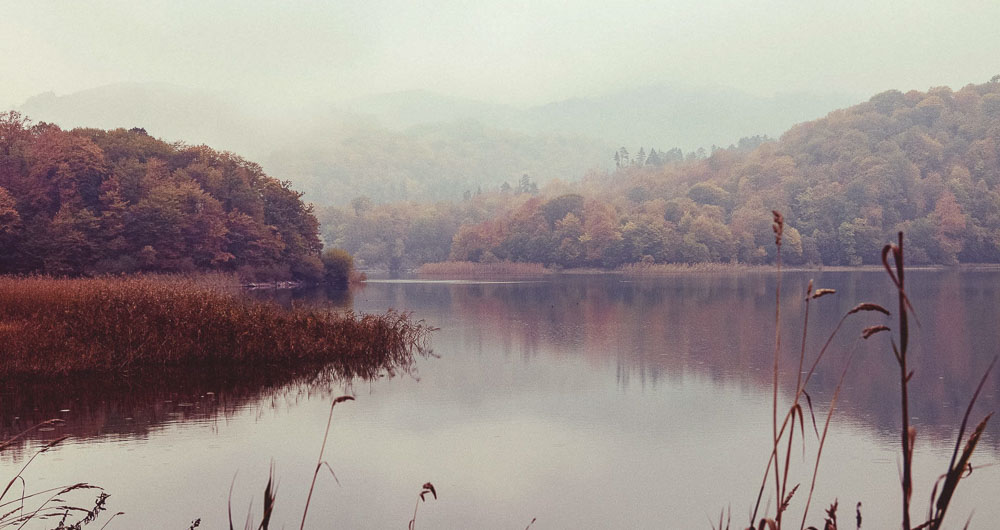 Azerbaijani is by far the most widely spoken language in Azerbaijan.

The following five languages belong to the Kartvelian languages which are spoken in the South Caucasus, mainly in Georgia.
9. Georgian
10. Svan
11. Megrelian
12. Laz
13. Judaeo-Georgian 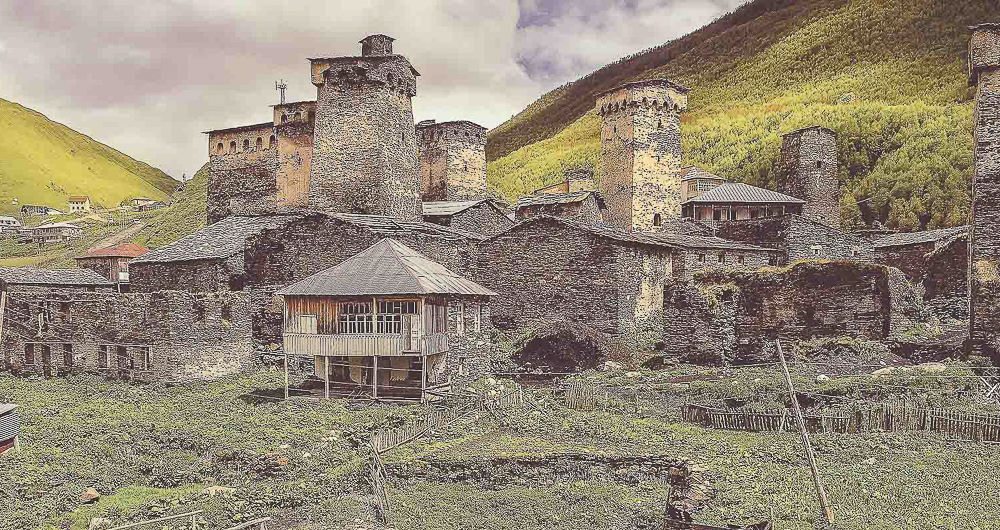 The Svan language is only spoken in the Georgian mountain region of Svaneti (picture: Ushguli).

The western part of the North Caucasus includes the Russian republics of Adygea, Krasnodar, Stavropol, Karachay-Cherkessia, Kabardino-Balkaria and North Ossetia. People there speak these five languages, with Abkhazian being spoken mainly in the South Caucasus.
14. Kabardinian
15. Abkhazian
16. Adyghe
17. Abasinian 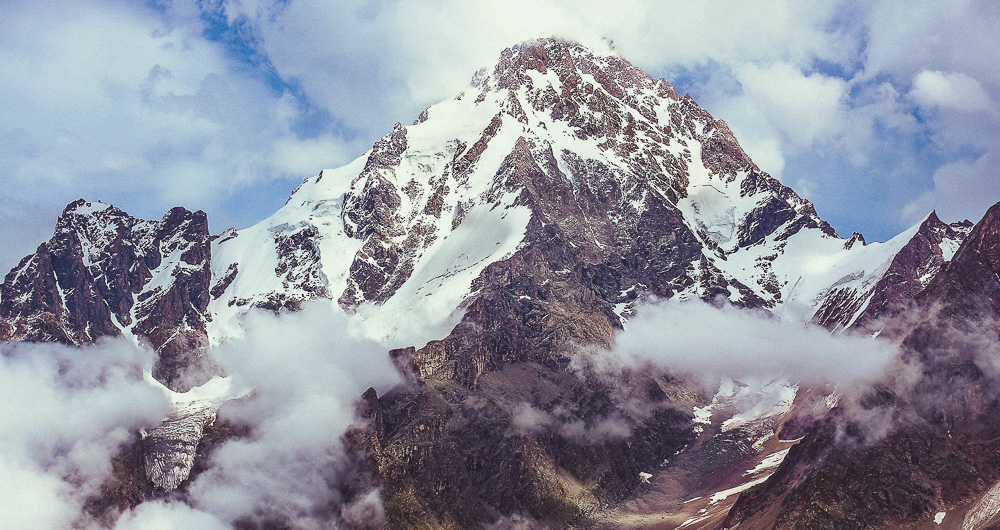 With 650,000 speakers, Kabardinian is the most widely spoken of the Northwest Caucasian languages.

These were 17 languages from four language families. If you think that's quite a lot, then hold on. Because the Northeast Caucasian languages are still missing. They occur in the Russian regions of Chechnya, Ingushetia and Dagestan. There are also a few representatives in Azerbaijan. The estimated number of speakers is given in brackets. 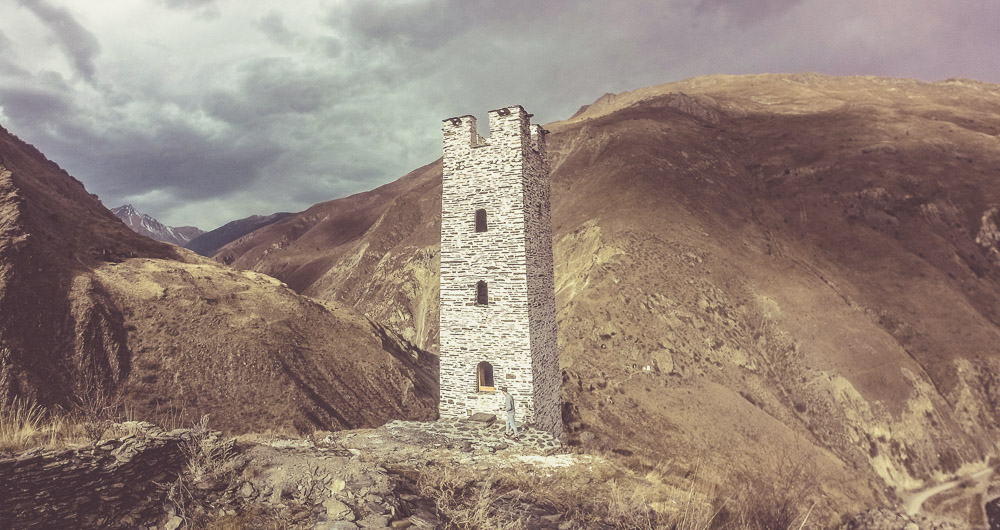 With 1.3 million speakers, Chechen is the most important language in the north-east of the Caucasus.

The language with 84 consonants

Did you know? The language with the most consonants worldwide also originates from the Caucasus. The Ubykh language, extinct in 1992, had no fewer than 84 consonants. That is exactly four times as many as in the English language. Here is how Ubykh sounds.