Ateni Gorge is famous for its wine and grapes, while there are more satisfying and unknown places that you maybe never heard of, but definitely should visit while traveling in Georgia.

Ateni Gorge is a gorge in the valley of Tana River (sometimes also called Tana Gorge) in the northern spurs of Trialeti Range of the Lesser Caucasus mountains. It is situated about 8 km south of Gori in Shida Kartli region.

The valley has been inhabited since ancient times, as evidenced by the settlements and cemeteries of the Bronze Age. This administrative unit is known as the Thani Gorge in the 4th – 7th centuries. At that time, the Tani Gorge included not only the Atena Valley itself but also the Tedzma Valley.

A highway passed through Ateni Gorge, which connected Javakheti and Zemo Kartli with Shida Kartli. The obstruction of this road led to the close settlement of the Atenian valley at the beginning of the feudal era.

In the XII century, one of the ships of the Georgian kings was in the gorge of Ateni. In later centuries, the Ateni Gorge was divided by various nobility, and, in addition to the kings of Kartli, the lands of Tsitsishvili, Saakadze and Glurdzhidze belonged here. 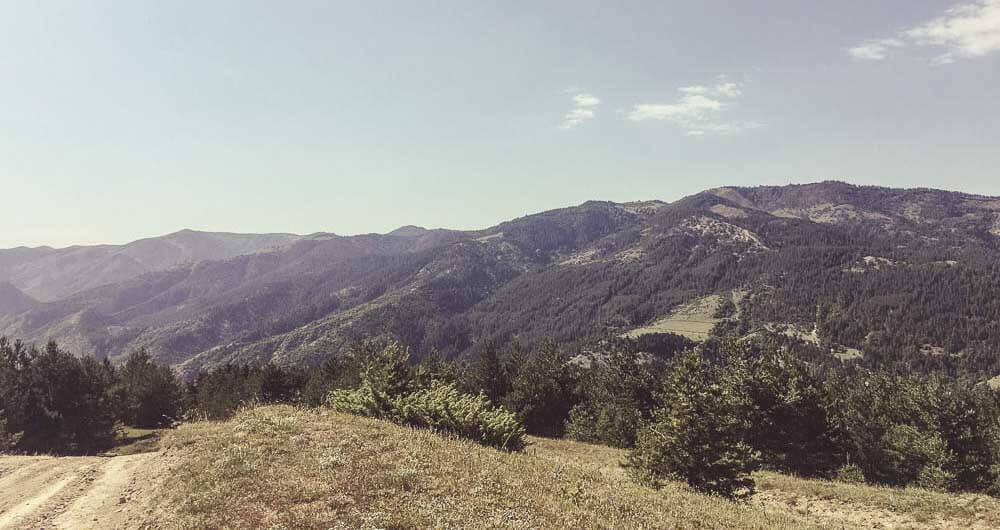 View of the Ateni Gorge near the village Tkhilnara, around 1,000 meters above sea level.

Ateni Sioni (VII century) cathedral with interesting bareliefs, frescoes, and old Georgian script. The name «Sioni» derives from Mount Zion at Jerusalem. Ateni is the tetraconch church, typical for the period. Its frescoes are one of the best examples of Georgian painting.

The church is not dated but is very similar in design to the Jvari Monastery at Mtskheta, which is generally held to have preceded it, and, hence, has been described by some art historians as belonging to the «Jvari-type» group of churches. 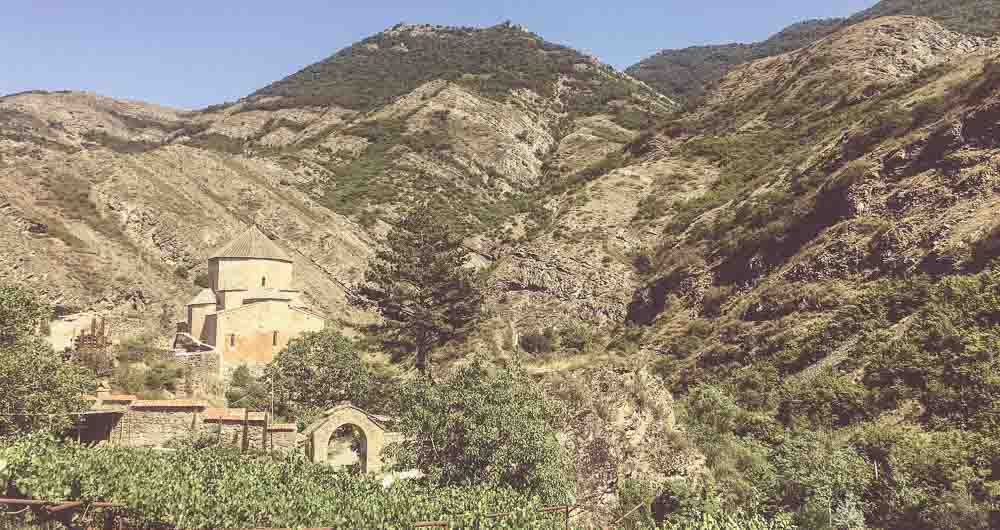 Near the church, there are the ruins of the medieval fortified town of Ateni.

The architects were not originally planning frescoes on the inside walls. They appeared only in the second half of the 11th century. It is believed that the walls were painted by a group of at least four artists, who created a monumental harmonious composition. Each apse contains its own iconographic cycle.

Dynamic figures are clearly outlined, painted predominantly in light colors (blue, grey and purple). Every fold of clothes is meant to show movement, like in the figure of the angel. The western apse also contains portraits of the kings and nobility who supported the construction. 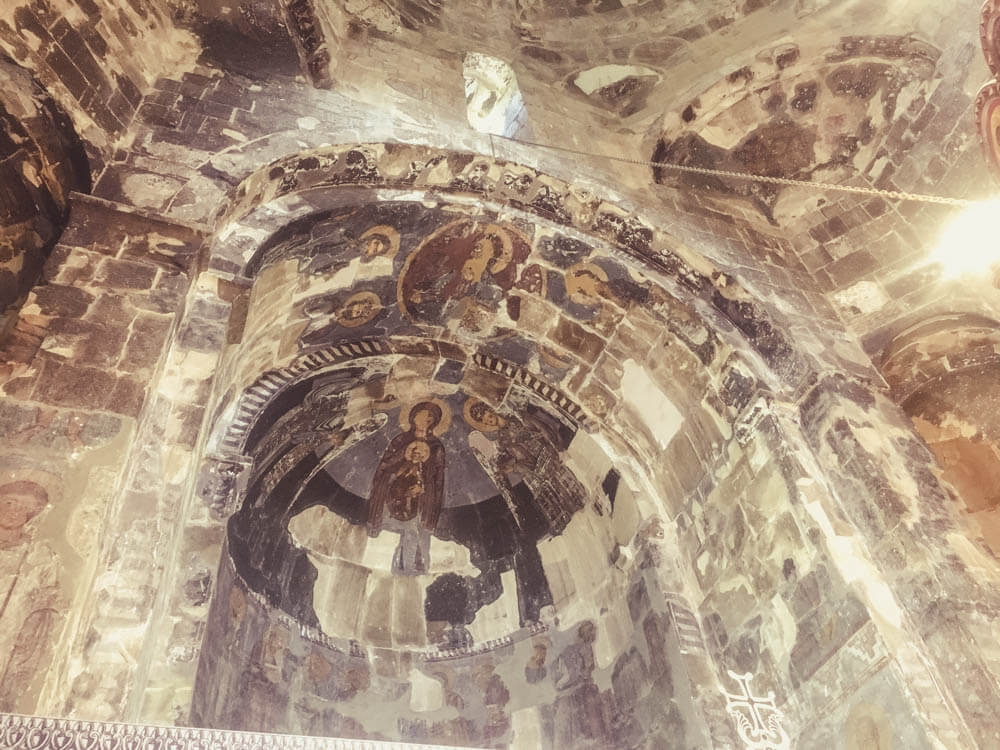 The walls of the church contain numerous inscriptions inside and outside, among them the earliest known in Nuskhuri or Nuskha-Khutsuri, one of the versions of the early Georgian alphabet, dating from 835.

Ateni is currently Kartli’s single PDO and is Georgia’s only appellation dedicated to sparkling wine. Located roughly 10 km due south of the town of Gori, in the hilly foothills of the north-eastern slopes of the Trialeti Ridge, the vineyards lie between 620 and 750 meters above sea level.

The growing area includes both river plains and mountain foothills with sand and sandy, white clay soils. The primary grape varieties include the Georgian local cultivars Chinuri (also called Chinebuli) and Goruli Mtsvane. Both methods Champenoise and the Charmat are permitted for wine production. 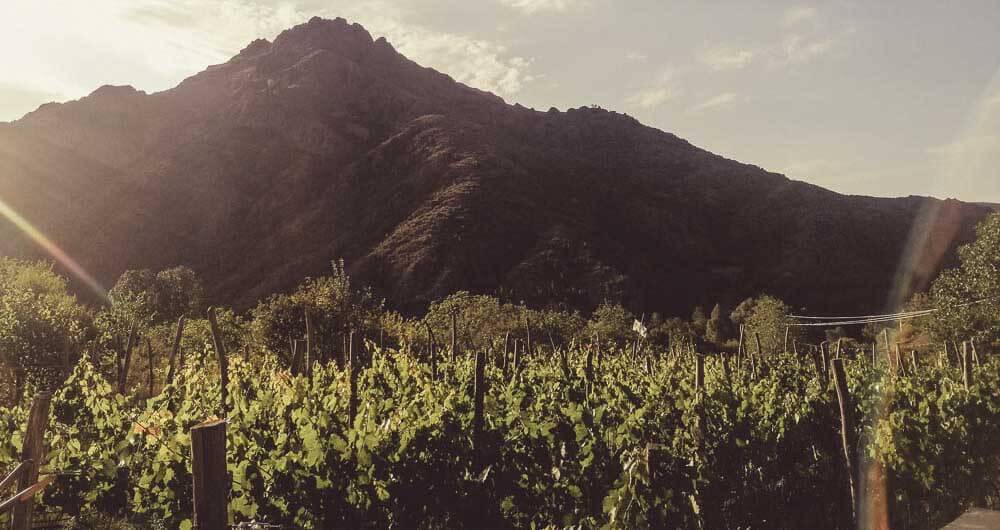 Nika Vacheishvili's different vineyards are all located at the beginning of the Ateni Gorge, inside the Atenuri Microzone.

Near the Ateni Sioni monastery, there is a short walking route to Nika Vacheishvili’s Marani and guest house. You can stay in this amazing and unusual environment and if you are lucky to meet the owner of the cellar, then you will be impressed with his deep knowledge of Georgian history and devotion to winemaking. This is one of the best Wine guesthouses in Georgia.

Nika Vacheishvili opened his Marani to preserve the winemaking traditions of the Tana valley, which date back to the 7th century. Surrounded by medieval terraces, the Marani was constructed from lime and stones of local origin using a time-honored traditional method.

The vineyard boasts a selection of grapevines, ranging from ancient and semi-centennial to newly matured vines that are endemic to the region. The winery cultivates 5 grape varieties with organic processes over a 4-hectare territory: Chinebuli, Goruli Mtsvane, Budeshuri Tetri, Pinot, and Danakharuli. They offer accommodation at the «Wine Hostel» and educational programs on wine, viticulture and history of the region. 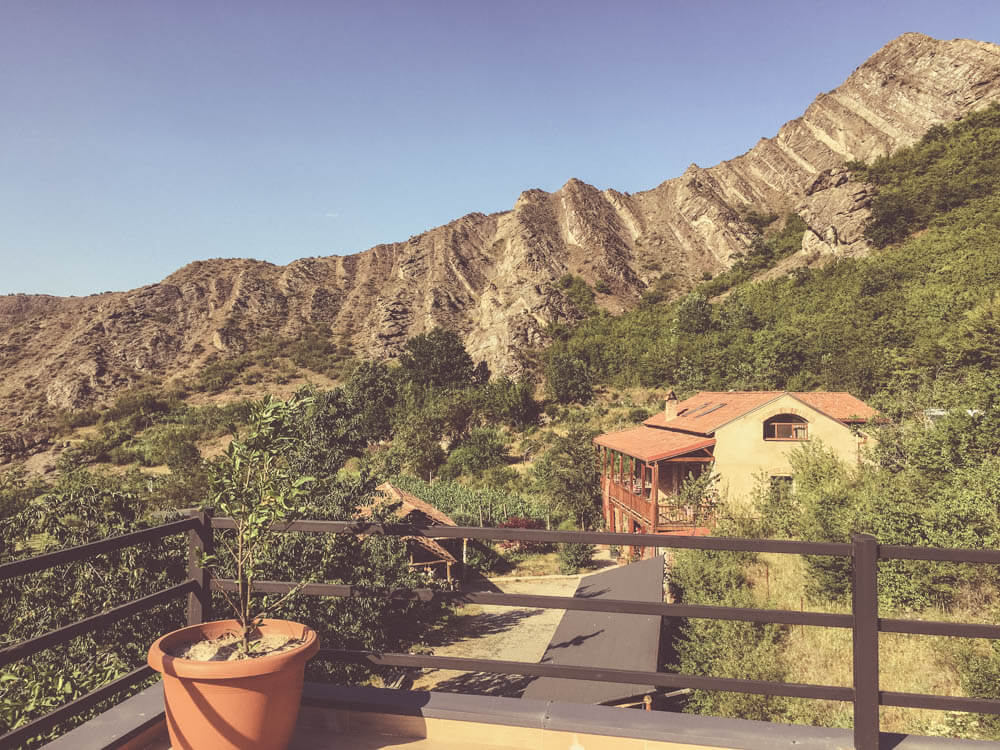 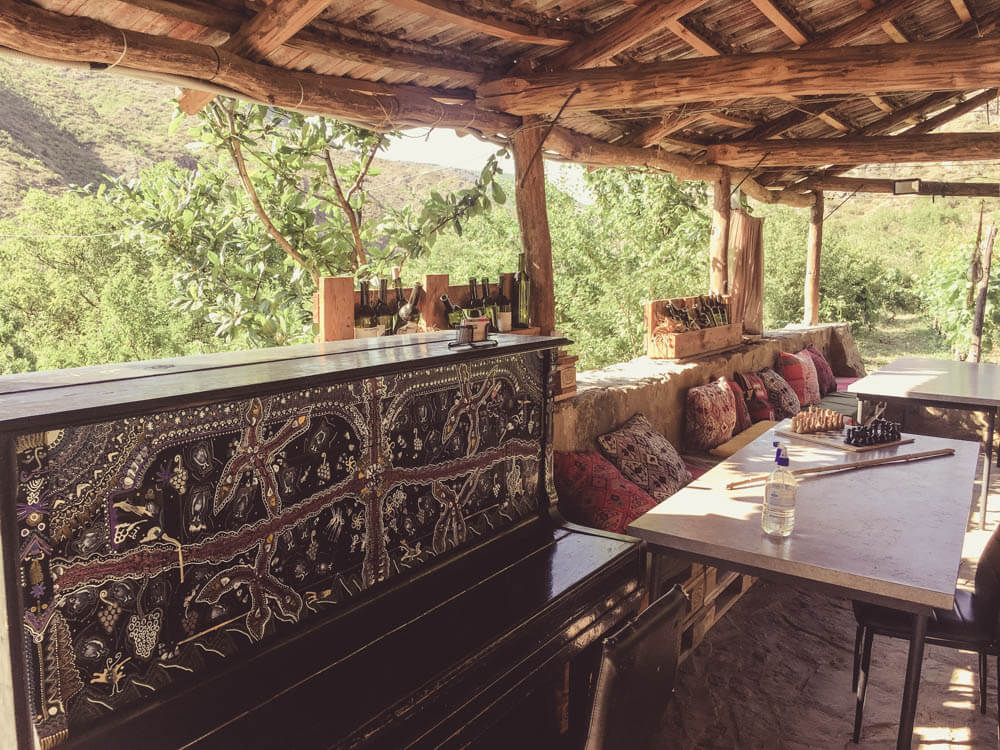