Atengenoba the most important Tushetian festival

In Georgia's northeast and mountainous region of Tusheti, many local traditions and rituals exist. Most of them are already forgotten, many have changed, but some traditions are still alive today. One of these is the Atengenoba Festival.

Every year, the festival begins on the hundredth day after Easter and lasts for two weeks. It is a nontouristic event bound up with Tusheti's ancient animist religion. It involves ram sacrifices at the ancient shrines known as «Khatebi», the drinking of sacred rye beer, separate-sex feasting and more different activities. 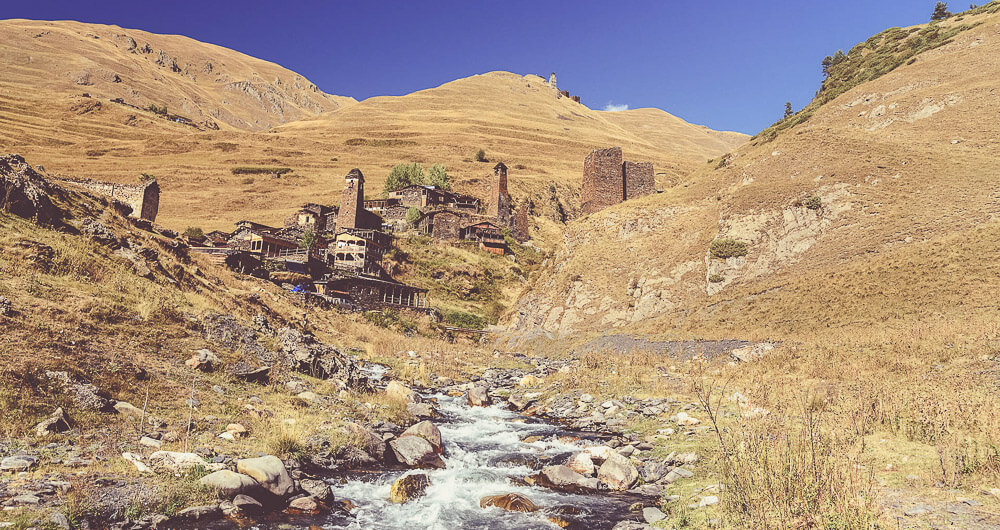 The origin of the festival name

There are two theories of what and why people celebrate this festival. It is possible that it is derived from the meaning of the eternity of the community – from the two Greek words «Anatos» (immortal) and «Geno» (community), which is evidenced by the importance and ritual of the shrine.

At the same time, it is believed that the feast was associated with the deity Athar-Antar or Anator. The scientist Ivane Javakhishvili considered Anator to be the epitome of the Greek deity Apaturia, whose famous chapel was located on the north-eastern shore of the Black Sea.

The second and most common theory is associated with the Bishop of Irakliopolis, the Greek priest Athogen. In the 4th century, during the persecution of Christians, Saint Athogen and his ten disciples were tortured in the city of Sebastia.

The pathogen was well known for his miracles and ability to cast out devils. One day he was captured and taken to the city of Sebastia. St. Athogen was burned at the stake for his devotion to the Christian faith, but people celebrate this festival not for St. Athogen's name, but for an icon of this name.

According to the Khevsur ethnographic material, Athena in the Cross-language meant Rose Day. In the pre-Christian tradition, the red rose was considered as a symbol of the martyrs, burned at the stake for Christ. After the adoption of Christianity in Georgia, some old names changed, and this could be the reason why the name Vardoba replaced Atnegenoba in order to be closer to the religious holiday.

Spartangelozoba's name has a special legend that says a story about a girl from the Georgian Mountain region who was stolen and taken to Persia, where she gave birth to a child. One evening an angel appeared to her and said: «Get up and come with me». The angel stopped in the village Sno, the women stayed and prayed there.

In conclusion, we could say that these name changes include different historical moments and changes in people's lives. Today the Tush people call the festival Atengenoba and still celebrate it.

At each summer village festival (Atnegenoba) there is a host. The «Shulta», an exceptionally important person, is elected by the villagers for one year. In short, the Shulta is the fixer, party maker and catalyst to make it happen. At an indeterminate time before the great day, a posse of men will take to the beer hut, a small house in the village built to brew beer and prepare food. If the Shulta is a man he will take control and manage the proceedings.

If she is a woman ... well this cannot happen there because the beer hut is a men-only affair. During the festival days, men and women eat separately. Any visitor who enters the village during the festival will be invited to eat.

The person called «Khelosani» is responsible for ensuring that all the ceremonies are carried out properly. He makes an offering of sacred beer to the deity/saint of the «Khati» shrine and brings out a sacred banner/flag, blesses it with a cry of «Aludi», and rings bells to announce the beginning of the festival. In some villages, the banner is taken to the «Khati» shrine where it spends the night. If the person carrying the banner reaches the shrine without stopping, his village will have good luck for the following year. The banner is taken back to the village the next morning and the festival begins.

At the end of the fest, the ritual horse races are held. Smartly ride the horsemen in the mountains of Tusheti. This is an unbelievable breathtaking sight! The fest represents a great festival of the folk arts. Local and foreign children take part in such a festival with special pleasure. The smallest armed with the brushes and paints create vanguard works of art on the stone flats. Tush women are skilled in knitting and felt cloak making. The most popular among the folk art lovers are Tusheti carpets, brightly colored and decorated in unique local geometrical ornament and natural colors, bright socks, knitted shoes «Chitebi», woolen cloaks and «Kechebi». 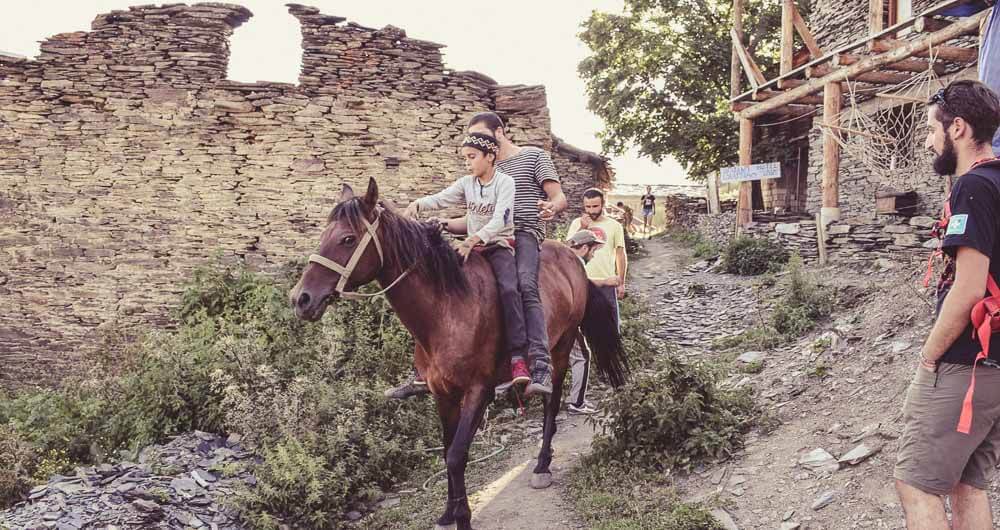 The dangerous road to Tusheti

The road of Tusheti is regarded as one of the most dangerous roads in the world. The Pshaveli-Abano-Omalo road, which is 72 kilometers long and takes 4 hours to cross, is one of the most difficult sections of transport in Georgia, in many places two cars cannot pass together. Active landslide processes have been developed since 2017. The rock mass descends every year, flooding the river and completely covering the road. On the way from the mountain periodically boulders and stones fall.

The Tusheti road is normally open from June to September. For the rest of the year, the road is closed due to heavy snow and avalanche danger. Traffic accidents happen every year on the road to Tusheti, and most of them end in casualties. Most of the accidents on the roads of Tusheti take place during the Atengenoba festival. The causes of accidents are mainly drunk driving, violation of the rules for maneuvering, and speeding.

If you decide to visit this unbelievable place be careful. We recommend you to book an experienced local driver. We will be glad to help you with it. 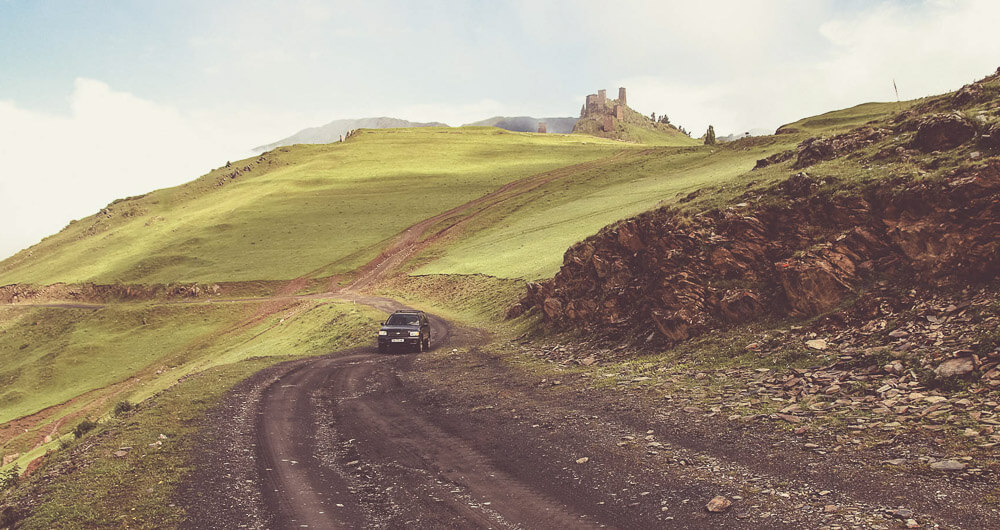