Adjara is much more than Batumi

Adjara in Western Georgia is the country's most popular region for holiday at the seaside. It's the destination of choice not only for Georgians but also for international tourists. The stony beaches, the semi-tropical climate, the untouched nature and the crystal waterfalls as well as the charming fortresses and the modern architecture of the coastal cities make Adjara one of the most beautiful and marvelous regions in Georgia.

The coastal region of the Black Sea is not only about Batumi and its surrounding towns. There is much more to explore rather than spending a whole day at the beach. Here are several advices to follow up while traveling around this beautiful place.

5 amazing places to visit in Adjara

Kvariati is a little pearl on the Georgian coast. Its clean and clear water as well as the downhill slopes to the beach covered with forests are some of the undeniable advantages of this place.

The urban village of Kvariati is situated on the bank of the river Kvariati combining mountain air with the sea. It actually consists of two parts: a village near the sea and the village on the hill. From the hill, you can enjoy an amazing view. 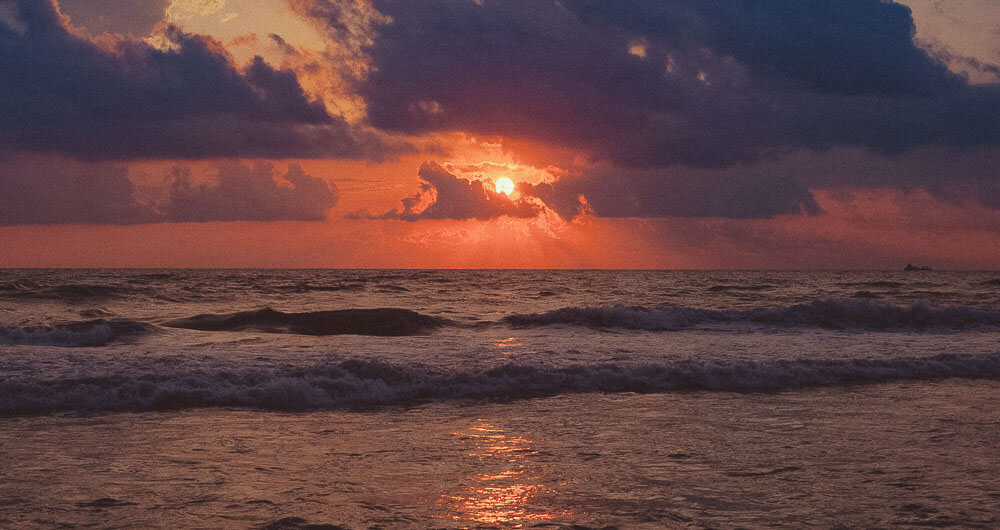 Sarpi is a small village which is divided by the Georgian-Turkish border. The Georgian part is called Sarpi, the Turkish one Sarp. The beach is about 600 meters long and forms a crescent. Arguably the most enjoyable entertainment in Sarpi is the cliffs along the shore from which you can dive into the water. The cliffs are not very high, approximately 7 meters, but it’s still quite thrilling.

Hotels and hotel-type cottages are located very close to the beach. The mountain and sea air make for an ideal climate and create a welcoming atmosphere. 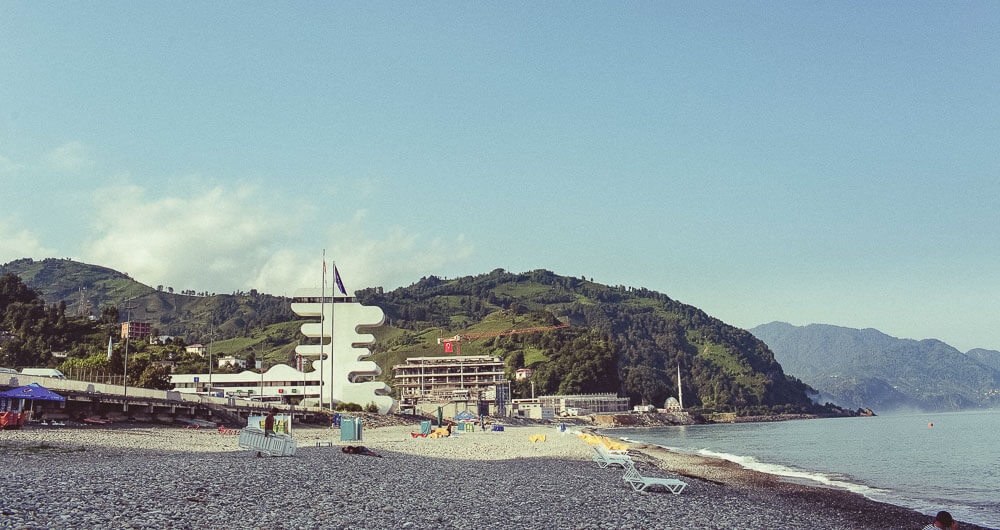 Gonio is located between Sarpi and Batumi on the Black Sea coast, not far from where the river Chorokhi flows into the sea. The holiday village is surrounded by mountains offering stunning beauty with natural springs and waterfalls.

Gonio is a good spot for swimming in the Black Sea, as the water is clean and azure. The air is also very pure and clean and the climate a healthy mix of mountain and seaside.

From all the places in this list, Gonio is the most vibrant beach resort. During the high season, the city’s nightlife right on the shore with many noisy bars and clubs attracts a lot of tourists. The seaside, the music and the good spots for surfers create a romantic and hip atmosphere.

Another reason that makes a special place out of Gonio is the fact, that in the village the oldest fortress of Georgia is located: The Gonio Fortress with its 18 unique towers. In the 2nd century, Gonio was a well-fortified Roman city within Colchis. The town was known for its theatre and hippodrome. It later came under Byzantine influence. The name «Gonio» is first attested in the 14th century.

The ruins one can see today come from the reconstruction of the Gonio Fortress in the 16th century. The total length of the walls is 900 meters.

The Tsikhisdziri climatic health resort is located 19 km north of Batumi on the elevation bearing the same name, 60 - 70 meters above the sea level. The fusion of mountain and sea air in Tsikhisdziri is famous for its healing properties for respiratory tract and nervous system functional diseases.

The resort's green slopes are covered with citrus orchards, tea plantations and bamboo hedgerows. On the lush green slopes of Tsikhisdziri you find beautiful gardens and parks, holiday cottages, restaurants and cafes. The beach in Tsikhisdziri is well-kept and micro-tour vehicles run regularly at one’s convenience. The resort's beaches are divided into two parts: a southern and a northern section. In the south, the large-pebble beach differs in deep waters, which makes this part attractive to scuba-divers. The beaches in the north are more popular, as they are less steep and perfect for swimming.

Tsikhisdziri is home to an archaeological site and ruins of a late antique fortified town, which is identified by mainstream scholarship with the Roman-built city fortress of Petra. The territory has been settled since ancient times. In the 6th century, the Byzantine emperor Justinian built the city of Petra. A narrow coastal road passed through the city territory connecting Western Georgia with Byzantium, Iran and Armenia. 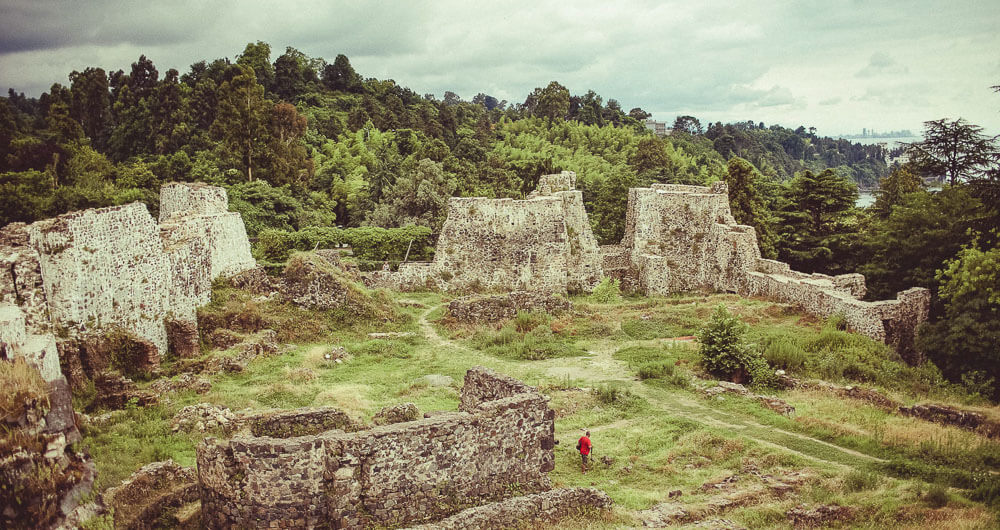 Zemo Adjara is Georgian and means Upper Adjara. The region boasts with wild, untouched nature, old wooden houses, mountainous landscapes and national parks. Compared to the coast, the mountainous inland Adjara is a totally different world. The main areas to visit are the Goderzi Pass, Shuakhevi, Keda, Beshumi and the municipality of Khulo.

Khulo is a cozy and small town which has a beautiful location overlooking the river gorge. It is situated 80 km from Batumi. You will find there some small hotels and restaurants in the town. And there is a cable car which will take you to the other side of the river gorge, where the village Tago is located. If you aren't afraid of heights, you can go there and enjoy breathtaking views.

While the majority of Georgians are Christian, most of the villages in Khulo have a Muslim population. The Adjarian people were converted to Islam under Ottoman rule. If you are interested in how Muslim Georgians live in the mountain villages of Adjara, you should visit the Ghorjomi village.

You've maybe heard about the boat-shaped Khachapuri that comes from this part of the country. But the Adjarian cuisine offers much more interesting staples including Borano (cheese fried in butter), Sinori (ricotta-like cheese wrapped in tortillas and fried in butter) and Lakhni (beef stew in walnuts) to name a few.