5 gorgeous places in the Azerbaijanian mountains

Azerbaijan is much more than Baku, oil and eternal fires: the country on the Caspian Sea is versatile like only a few other countries in the world. In this article, we introduce you to the most beautiful mountain villages in Azerbaijan.

Khinalug is the highest mountain village in Azerbaijan. It is located at an altitude of 2,250 meters above sea level in the Shahdagh mountain region. Most of the people in Khinalug speak their own unique language: Khinalugian. The inhabitants have been able to preserve their language, but also their cultural characteristics, for centuries, which can be explained by the remote and – at least in the past – inaccessible location. Khinalug is one of the oldest, continuously inhabited places in the world. 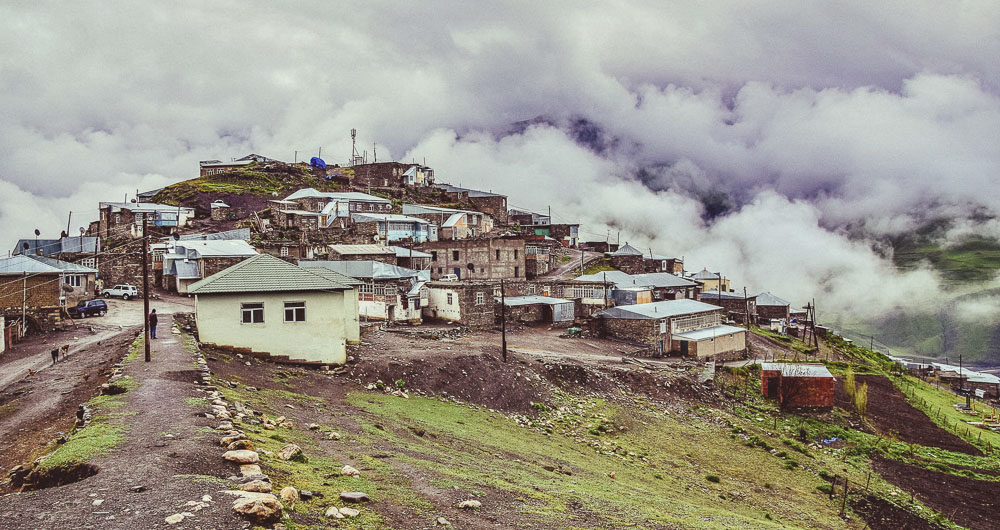 The houses in Khinalug consist almost exclusively of dry-stone walls built with stones from the surrounding area. Many houses have flat roofs, which serve as a terrace for the houses above. There are also three mosques in the village and other witnesses of the religious and cultural past such as holy tombs, caves and places of worship. Before the Khinalugian people converted to Islam, they were Zoroastrians. 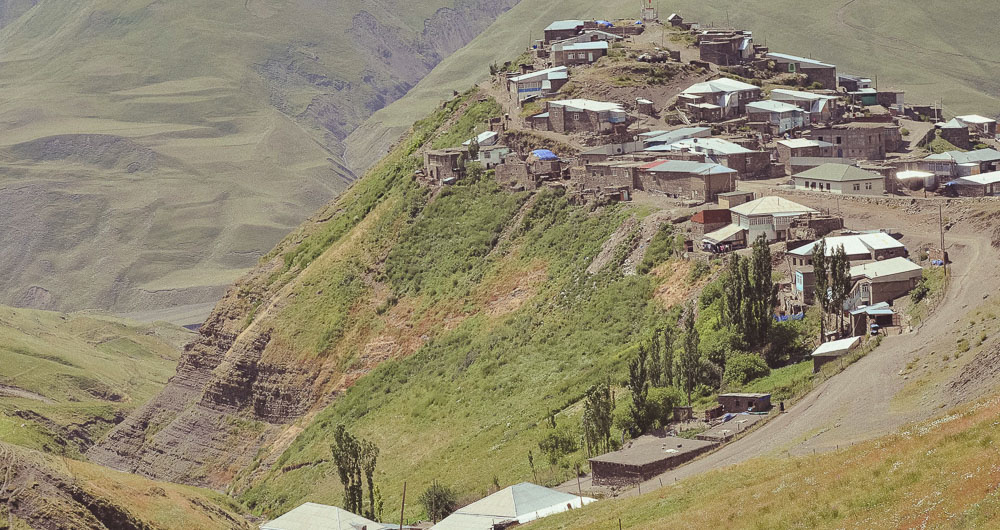 A few hundred meters from the village, there is a whole group of tombs whose origins are still surrounded by secrets. 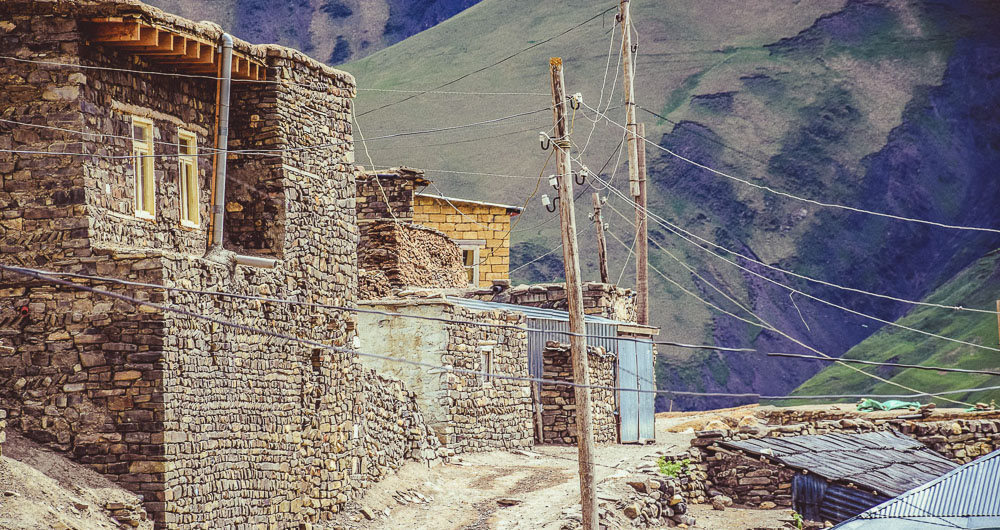 Khinalug is situated in the middle of the mountains and is, therefore, an ideal starting point for hikes. The village offers simple accommodation for guests. The people are very hospitable. 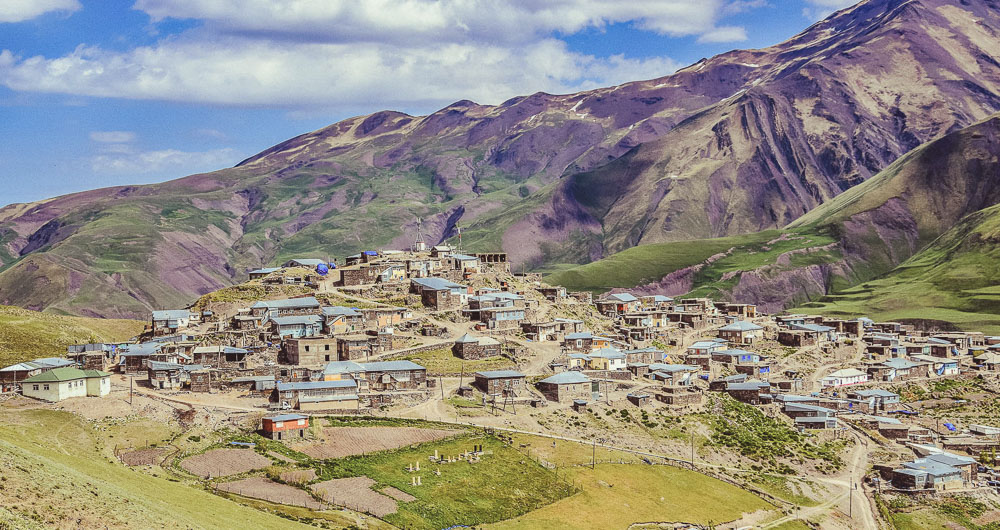 From Khinalug it's less than 40 km as the crow flies to Lahic. Nevertheless, the journey takes about 6 hours. The reason is simple: There is no direct connection through the Greater Caucasus mountains, which pile up between both places. Compared to Khinalug, Lahic is more touristy: the small town is considered a stronghold of craftsmanship. Guests love strolling through the picturesque cobblestone streets and visiting the numerous shops of local craftsmen. 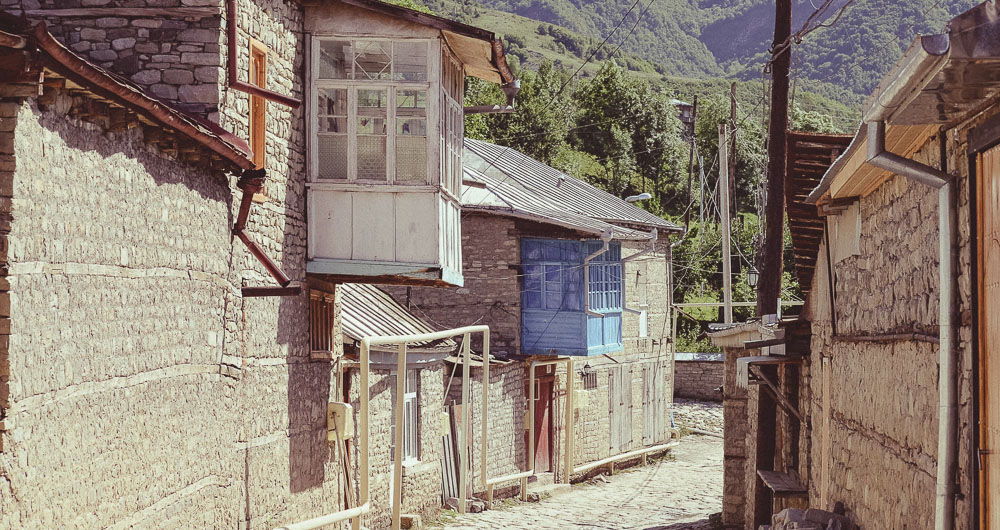 Lahic is especially known for its copper craft. The craftsmen not only sell their goods, but they also like to show the guests how their art works. And many of them are excellent storytellers. If there are no language barriers, you can learn a lot about the smalltown, its people and the culture and the history. 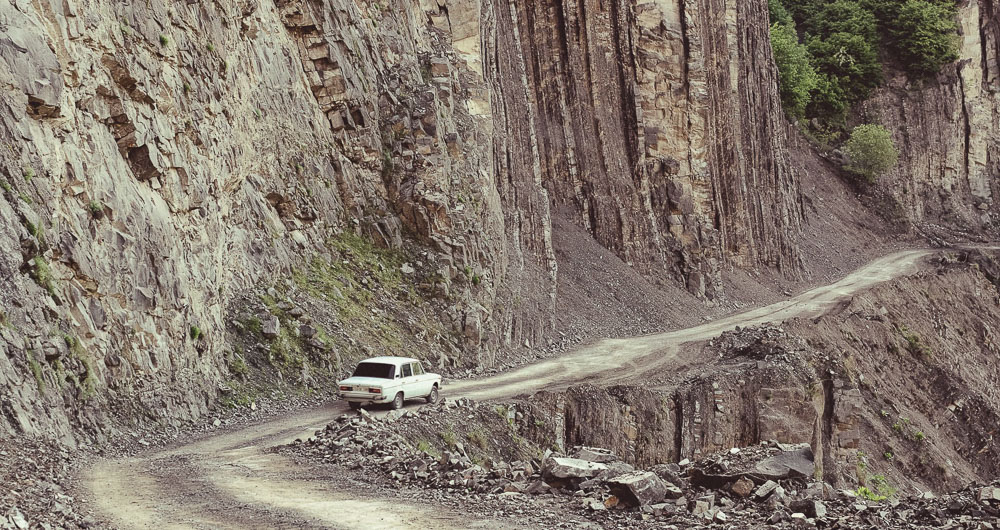 In contrast to other Azerbaijani villages, in the rocky and barren landscape in and around Lahic agriculture is not very developed. That's one reason why the village became a center for craftsmanship. While the men mainly produce copper craft, the women produce high-quality handmade carpets. 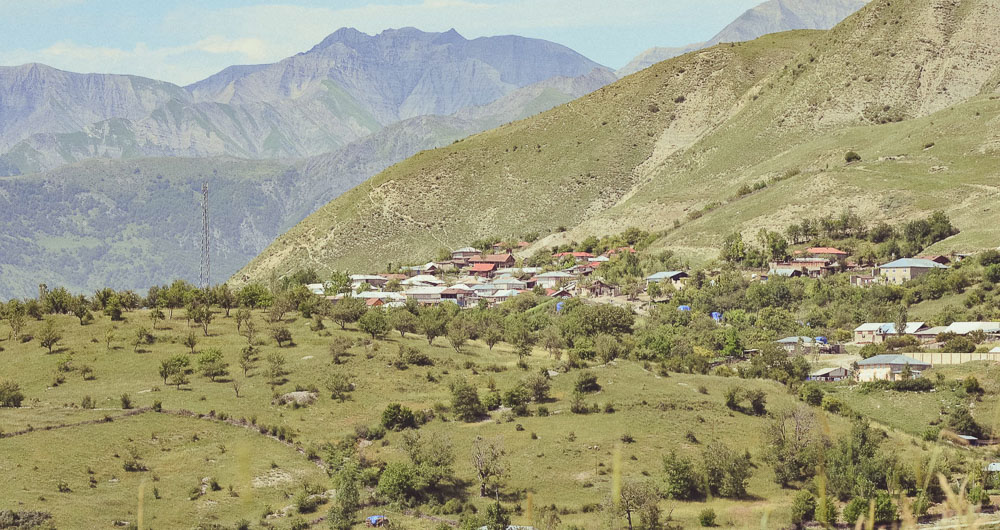 Like Lahic, Ilisu lies on the southern foothills of the Greater Caucasus mountains. The village is situated at an altitude of 1,200 - 1,600 meters above sea level. Ilisu is a magical place surrounded by insanely beautiful nature. The name «Ilisu» comes from the Kipchak languages (a member of the Turkic language family) and means «warm water». And indeed, there are such warm springs in the surrounding area. 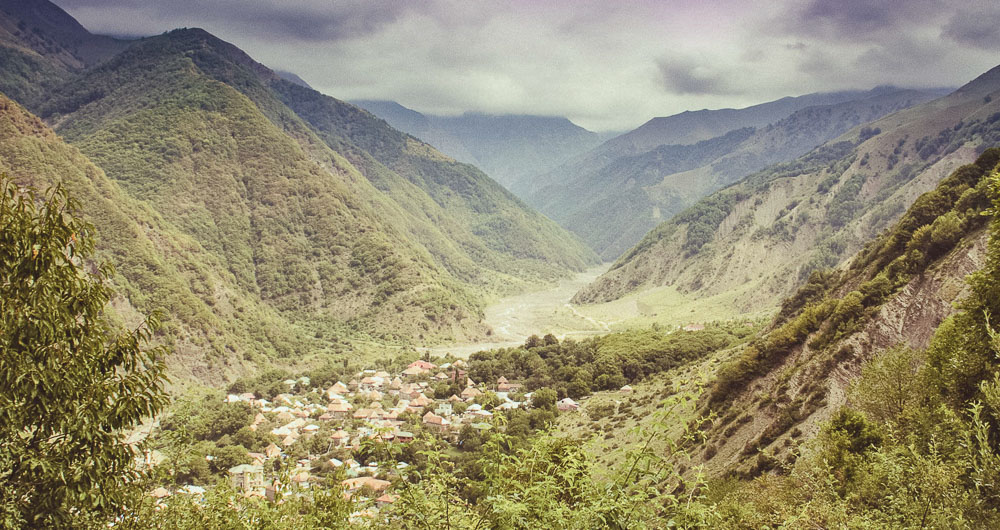 There are several historical monuments in Ilisu, including the Jummah Mosque, which differs from the other mosques in its minimalism, modesty and lack of a dome. Another monument is the 17th-century Sumuq Gala (Bone Castle). Visit the Ram-Rama waterfall, with its 25 meters the highest waterfall in Azerbaijan. 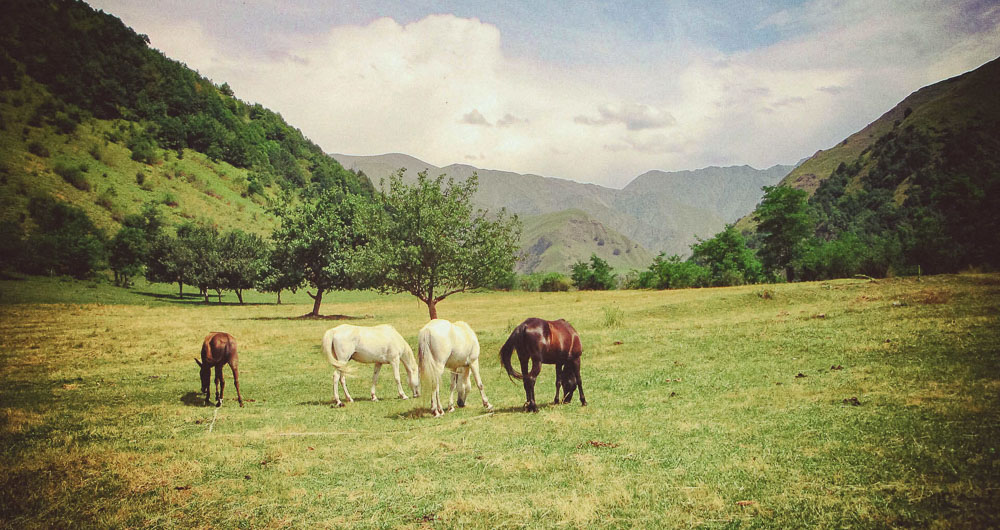 If you drive from Ilisu further up the valley, not far from the border with Dagestan (Russia) you reach the mountain village of Saribash. However, it is not a good idea to tackle this route with your own vehicle. It is better to go there with a local driver or on foot, as the road is very bad and challenging.

Saribash, located at 1,800 meters above sea level, is the highest village in the Qakh region. While other remote villages like Khinalug attract some tourists, Saribash seems to have somehow disappeared from the radar. And this despite the fact that the village actually has great potential.

The village of Laza has located only 10 km from Khinalug as the crow flies. But if you want to drive from one village to the other, you need more than 2.5 hours, because you have to drive via Quba. Laza is situated at the foot of the Shahdagh mountain – with 4,243 meters the second highest mountain of Azerbaijan.

Very close to Laza you can explore the Shahdagh National Park, which is very suitable for hiking. The landscape is enormously beautiful, as there are a lot of streams and special rock formations.