5 facts why you should travel to Kakheti in Georgia

Kakheti is located in the east and south-east of Georgia. The region's northern part (f.e. Tusheti) belongs to the Greater Caucasus mountains, the landscape in the southern part is undulating. The Kakhetians are famous for the wines they produce. Their tradition is older than 8,000 years.

Kakheti looks back on a long and interesting history, which is still visible: There are hundreds of architectural monuments such as churches and monasteries. The locals are easy-going and hospitable and their cuisine is diversified and tasty. And it's the same with their wines of course.

1. Sighnaghi, the city of love

High above Alazani valley in Kakheti, Sighnaghi is located on a hill. The small city with its surrounding town wall, its cozy houses and cobblestone streets is hidden between green trees and imbedded in a beautiful landscape. The view on Alazani valley and the mountains of Greater Caucasus in the background is unbelievable. Maybe one of the best views you can have in Georgia. But this is not the reason why Sighnaghi is called the city of love. It's because there is a wedding house which is open 24 hours per day. Many couples go to Sighnaghi for the wedding vow. Show on map. 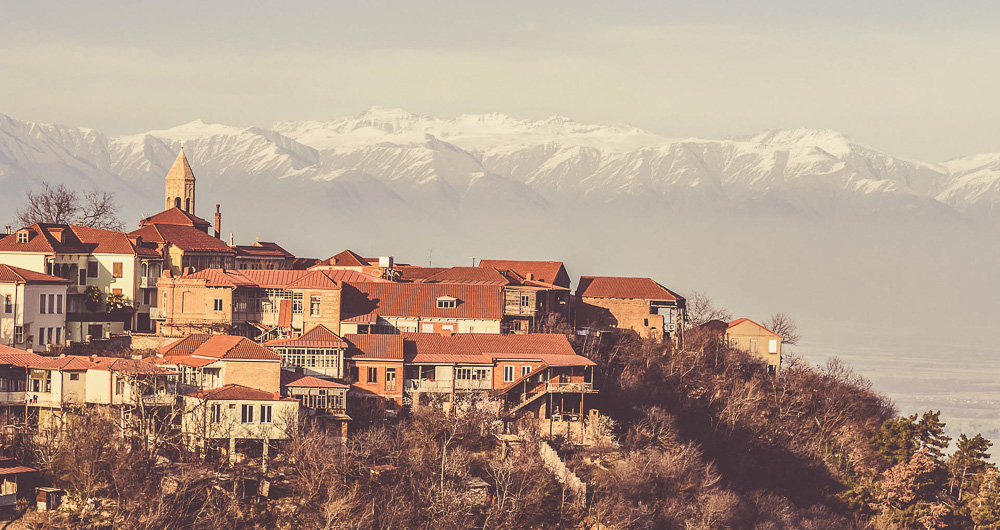 David Gareja cave monastery was founded in 6th century by St. David Garejeli, one of the 13 Assyrian monks who arrived in the country from Mesopotamia to strengthen Christianity. Davit Gareja is located in an impressing semi-desert directly at the Azeri border and comprises about 15 monasteries spread over a remote area. Show on map. 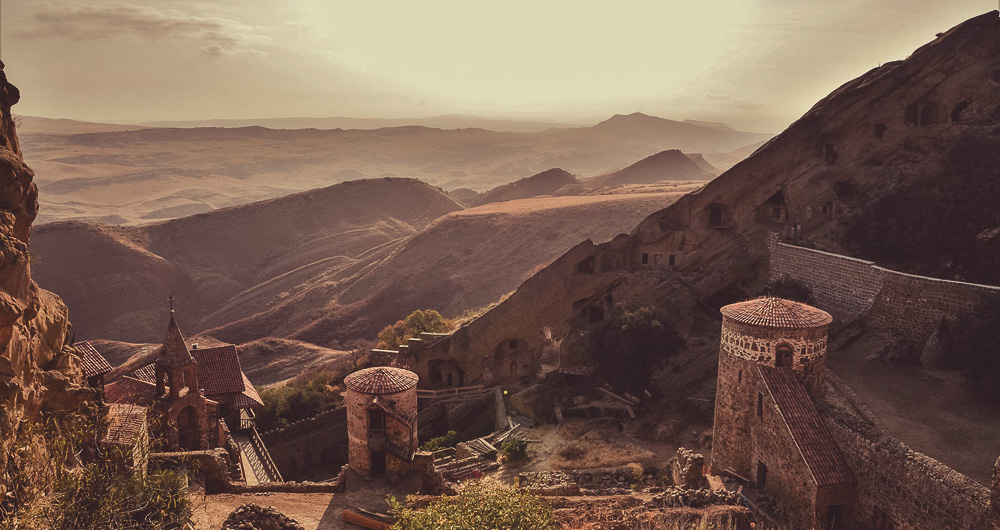 The Tsinandali Museum was the home of the 19th-century aristocratic poet Alexander Chavchavadze (1786–1846). Constructed in the style of an Italianate palace in 1835, the house and its gardens became a museum in 1947. Chavchavadze was the first Georgian noble who produced and bottled Georgian wine according to European methods. His vineyard is still cultivated and the highly regarded dry white Tsinandali wine is still produced there. Show on map.

Gombori is a mountain range in the Georgian section of Greater Caucasus mountains. It stretches to the distance of 107 km, with the highest mountain being at 1.991 m above sea level. Gombori offers a unique landscape and an amazing view for people who like to hike. Show on map.

The kakhetian cuisine differs from the other regions of Georgia. The most popular food you should try there is Khashlama, which is made of boiled beef. Usually Khashlama is part of a Kakhetian supra. Another famous dish is the kakhetian barbeque called Mtsvadi. And of course Kakheti is very famous for Churchkhela, which is made of grape juice and nuts. This organic and soft sweet is made by repeatedly dipping a long string of walnuts in Tatara – a mixture of flour and sugar. Don't forget to taste Qvevri wine in Kakheti. Qvevri are egg-shaped earthenware vessels which are used ferment, store and age the Georgian wine (see photo). 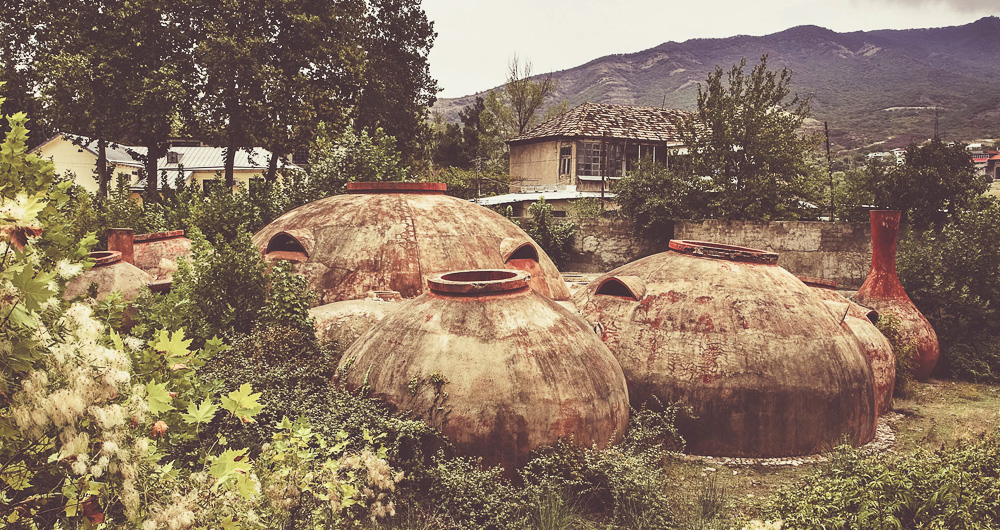