11 Georgian mountain villages you should visit

Let's discover 11 unique mountain villages in Georgia which you definitely should visit while traveling in the Caucasian mountains.

Georgia is a curious place crowned at the top by the Higher Caucasus Mountains, is, by all means, one of the most beautiful countries in the world. Whether it’s fertile valleys, antique towns, secluded monasteries, coastal jungles, arid semi-desert plains, or mind-boggling glaciated mountain peaks, Georgia has it all.

While the highlight cities like Tbilisi, Kutaisi and Batumi are beginning to rake in the tourists as the country gradually gains popularity, to really get a true feel for Georgia, it’s best to visit its small towns and villages hidden up in remote regions in the mountains.

Here’s the list of the most interesting and impressive villages you shouldn’t miss on your trip to Georgia.

Just a few hours north of Tbilisi you’ll end up in the heartland of the Central Caucasus, surrounded by peaks higher than 4,000 meters. Stepantsminda is a new name, it has changed in the 21st century. Its old name was Kazbegi which is coming from the famous Georgian writer Alexander Kazbegi who was born there in 1848.

Above the quaint medieval church of Tsminda Sameba (Gergeti Trinity Church) and even further above the mountain town of Stepantsminda you’ll find the 5,047-meters-high Mount Kazbek, the mythical stratovolcano that Prometheus was allegedly chained on. If you love hiking then you can go further and climb to the top of Mount Kazbek.

There are many attractions around Stepantsminda. You can visit the beautiful Gergeti Trinity Church which is looking down to Stepantsminda from the mountain. If you go a little bit further, you can see the Gveleti Waterfall and the Dariali Monastery in the Dariali Gorge. 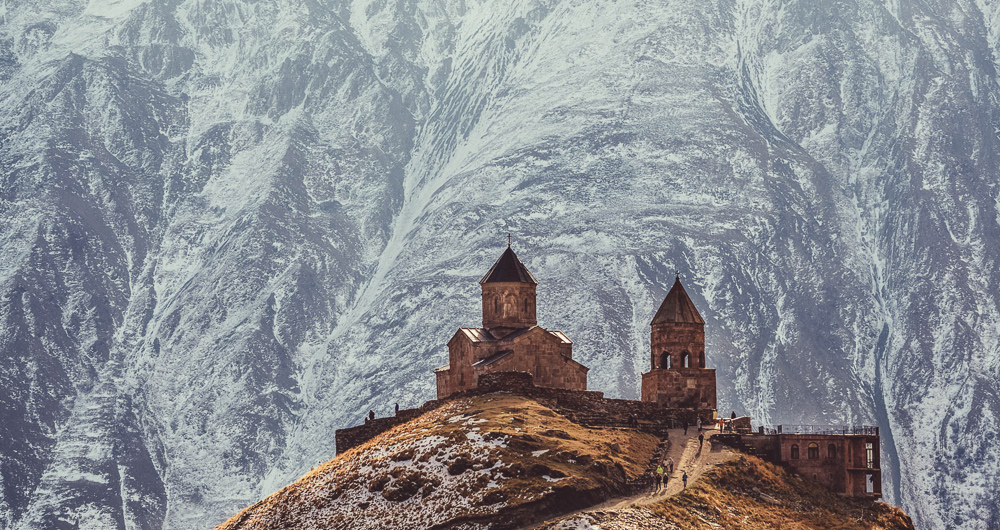 Beshumi is a mountain resort, which is located on the eastern knees of the Arsiani mountain range, 1,900 meters above the sea level. The resort is located in the Khulo region about 120 km from Batumi and it serves as the best place for those who want to escape the heat and noise of the city.

The best combination of alpine and coniferous plants on the resort creates an attractive environment for relaxation and it is the best place for tourists who enjoy picnics and hiking. Besides, here one can enjoy horse riding and adventure tours.  The main highlights of Beshumi are Green Lake and the Khikhani Castle.

Bakhmaro is a small heaven in the Western Georgian region of Guria. It is a beautiful mountain resort located at nearly 2,000 meters. Besides its heavenly landscape, beautiful pine forests, alpine meadows and amazing views the area is notable for its small cute cottages that are scattered throughout the green valleys with a river flowing through them. The resort offers its visitors a mixture of sea and mountain air that is beneficial for people with respiratory problems.

There is a famous mountain called Gadrekili, which is known for its sunsets and its picturesque views. 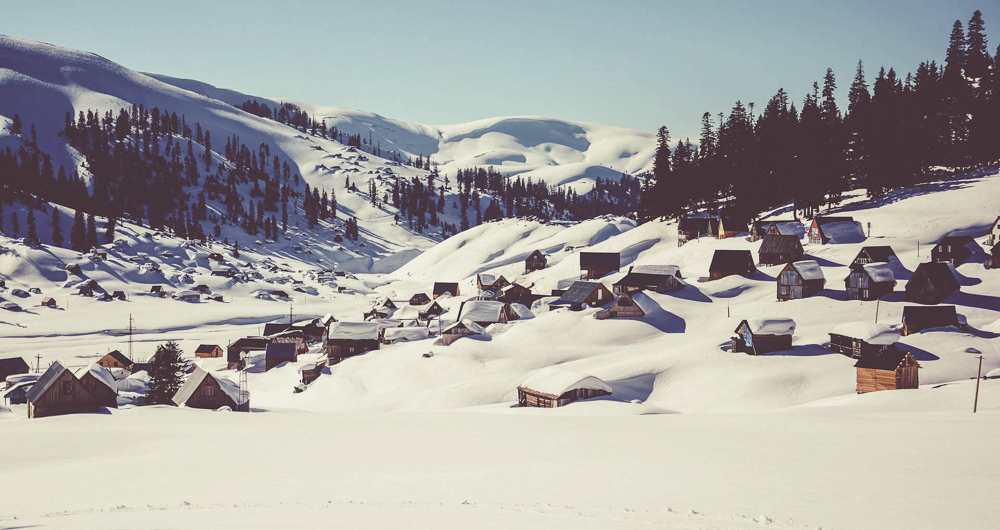 Khevsureti lies up north from the capital and shares a border with Chechnya. With less than 3,000 inhabitants Khevsureti is arguably one of the most inaccessible regions of Georgia. Some inspiring medieval cultural monuments – castle-towers, ritual places, and tombs – are still preserved in this picturesque region of Georgia.

Located at an altitude of 1,400 meters, Shatili is known to be one of the most valuable and outstanding examples of Georgian vernacular architecture. With its fortress-settlement and some 60 towers in it, Shatili is on the UNESCO World Heritage tentative list.

Shatili is placed on a rock. The towers built in stone – served both protective and residential functions. Those buildings underwent a lot of turmoil through centuries and luckily are still there. 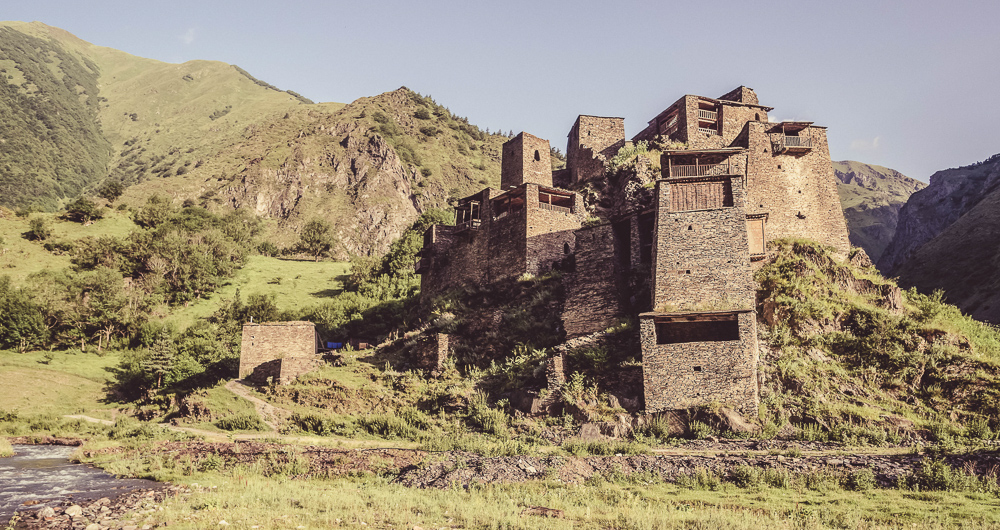 The village of Dartlo is tucked even further into the mountains around the region of Tusheti, which belongs to Kakheti. It looks like something out of a fairytale, nestled into the mountains with the Alazani river flowing by and a waterfall nearby. There is less to see and more to feel, walking between towers and old houses of Dartlo and enjoying its panoramas and spaces, and standing together overlooking river gorge. 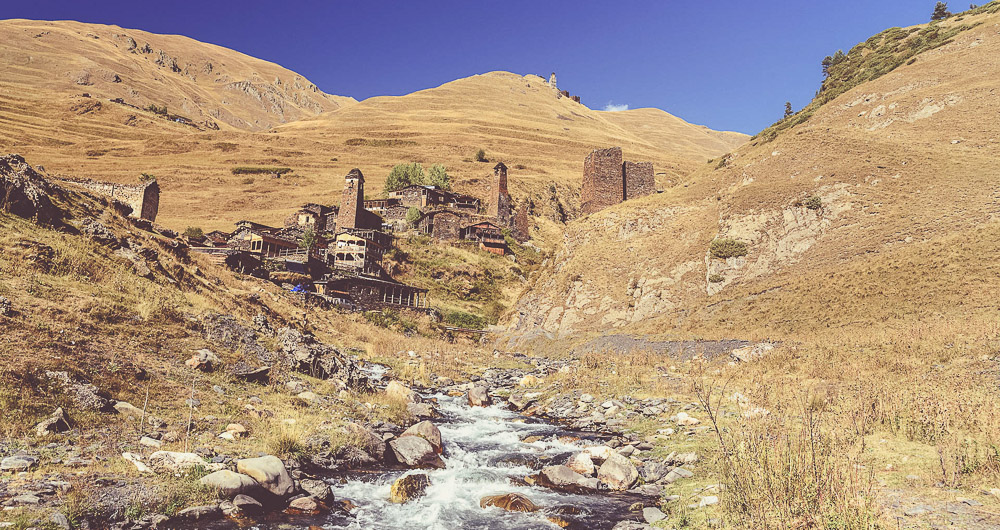 Another must-visit village in Tusheti is Shenako. Its best-known landmark is the old church of the Holy Trinity, which sits alone on a hillside overlooking the valley below. It’s a small community, but if you want to stay somewhere in a remote part of the mountains, this is a good place to do it.

Omalo is the center and the largest village in the region of Tusheti. Unlike Khevsureti, the population here is quite sizeable. Omalo is a great base for visiting other villages of the area. However, the old fortress (Keselo) that overlooks the village is worth visiting for its gorgeous views of Omalo and surrounding nature.

Mestia is a highland townlet in northwest Georgia, at an elevation of 1,500 meters in the Caucasus Mountains. Mestia is the capital of the Svaneti region, one of the most beautiful historic regions of the country. It is also the main center of tourism for the region. Spend an unforgettable time by visiting the Svaneti Museum of History and Ethnography, the ski resorts Hatsvali and Tetnuldi, the Chaladi Glacier and the Koruldi Lakes. 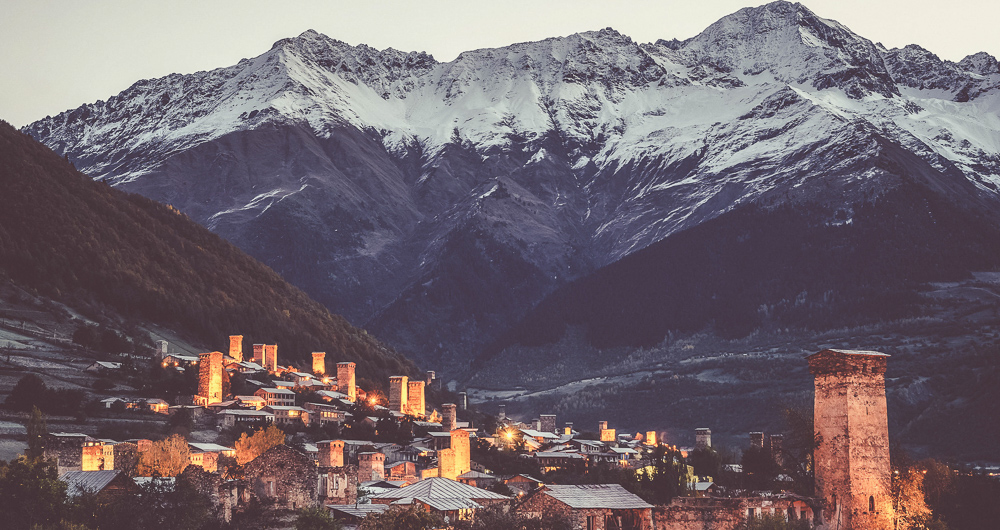 It is absolutely worth visiting Ushguli – tucked up in Upper Svaneti, a region that has gained UNESCO recognition. Ushguli is actually a village split up into four hamlets, and is famed for its crumbling defensive towers that are typically characteristic of Svan architecture. Traveling off the beaten track here feels like taking a step back into the past. 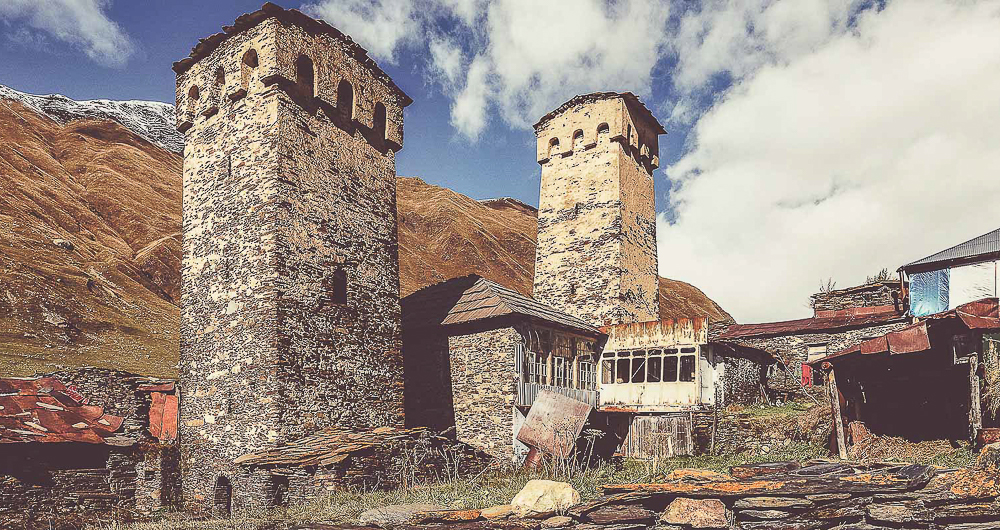 The Racha region is one of the most interesting wine regions of Georgia. It might not have the beauty of Tusheti, Khevsureti, or Svaneti but it’s still worth visiting. The climate in Racha is perfect for growing grapes, which makes this mountain town of Ambrolauri the perfect stop for wine and mountain lovers. Interesting sights in this city include the Museum of Fine Arts and Brakoni and the Georgian Orthodox Church. 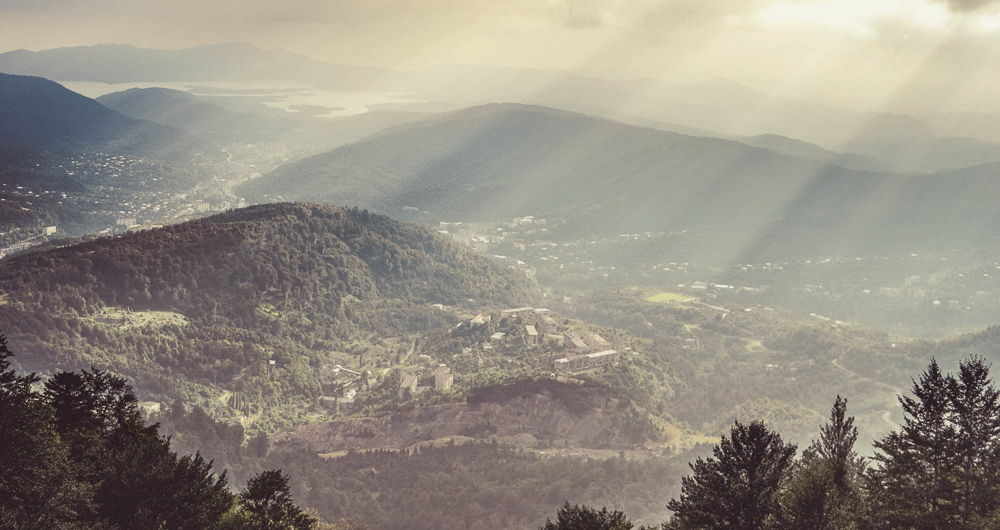 Oni is another village, located just 30 km northeast of Ambrolauri. According to the legend, the city was founded in the 2nd century BC though it’s probably much older as it has been inhabited since the Bronze Age. Visit Oni’s Local Museum founded in 1937. It houses 15,000 archaeological artifacts, architectural elements, and ethnographic objects such as textiles, coins, and painting books. 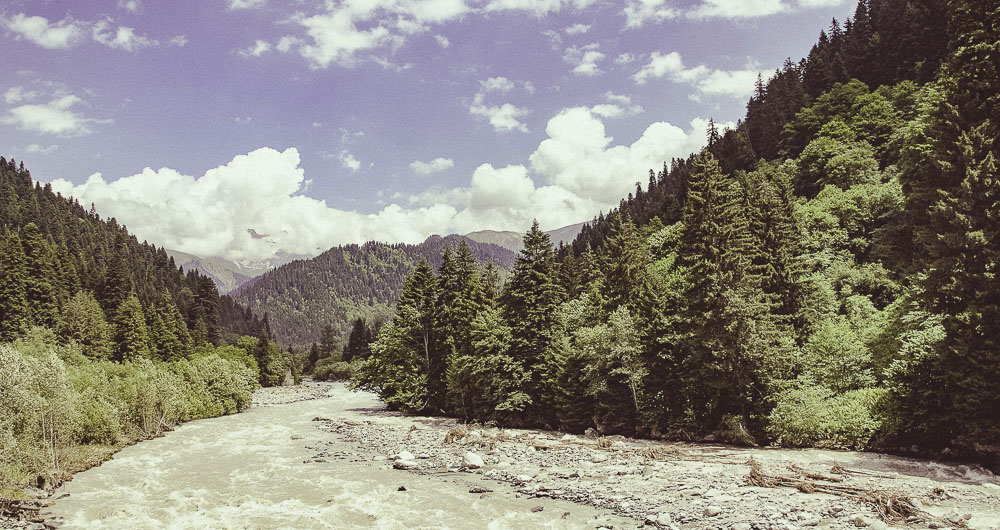