The Maiden Tower is one of the oldest structures in Baku. There are different theories about when and for what it was built, but none of them is entirely proved. Scientists are even not sure about the origin of the name.

Nowadays this mysterious and unique tower is a symbol of Azerbaijan's capital city and even appears on the national currency, the Azerbaijani Manat. The monument and the city walls are listed as a UNESCO World Heritage Site.

In 2000, an earthquake struck causing property damage and the Maiden Tower Baku was included in the «List of World Heritage in Danger» from 2004 to 2009.

The mysteries around Maiden Tower

Some scientific sources indicate that the Maiden Tower in Baku is a paramount example of Zoroastrianism and the pre-Islamic architecture in Iran and Azerbaijan. As this predates the arrival of the Islamic religion, it’s possible the building began as a Zoroastrian temple.

It’s also been suggested that the tower could have been used as an astronomical observatory, speculation corroborated by the correlation between stone protrusions at the upper and lower levels and the lunar cycle. Furthermore, it cannot be excluded that the Maiden Tower Baku had the function of a lighthouse. 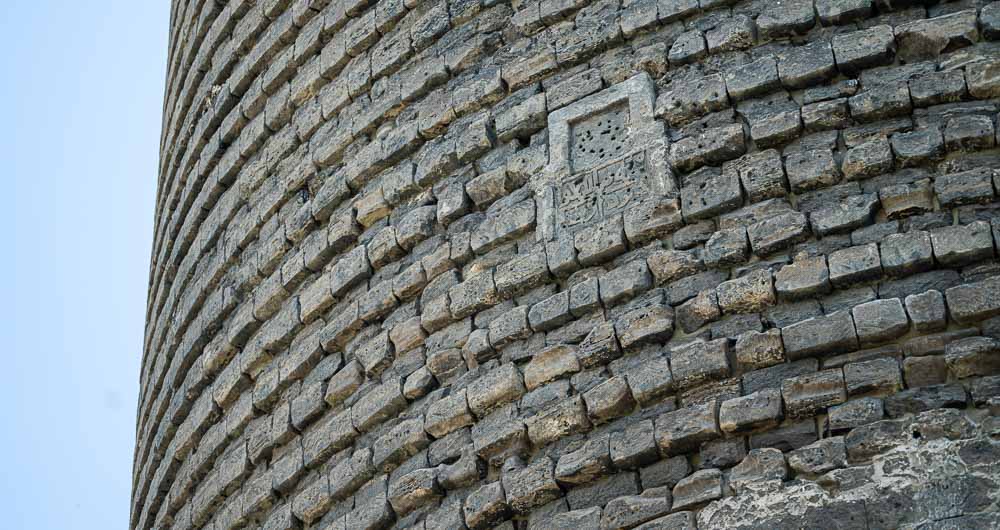 Some parts probably built in the 5th century and some in the 12th century, the Maiden Tower Baku became a UNESCO World Heritage Site in 2000.

The legend of the fiery-haired girl

There are about 20 different legends, which the people tell about the Maiden Tower. We think the following story is particularly beautiful.

In ancient times, there was an ancient town-fortress with a fire temple in Baku. Once upon a time, an enemy encircled the fortress and ordered the people of Baku to surrender, but they refused. So the enemy launched a siege, demolished the fortress and captured all the inhabitants as slaves. Many local people died when they tried to stop the attacks.

In the meanwhile, the enemy's commander ordered the water supply lines to be cut. So everybody got thirsty inside the fortress. No water, no food, only blood, and death. The priests were praying day and night to the Holy Fire inside the fortress, asking the God of Ahura Mazda to help the people and to push the enemy back.

Finally, God heard their prayers. On the next day, the people saw that a large piece of the Holy Fire fell down from the top of the fire temple tower. A beautiful girl came out of the fire. She had long fire-colored hair. The crowd went down on their knees and started to pray to her. She said: «Don't worry, I'll help and protect you. Give me a sword and a helmet. The enemy should not see my girl's hair».

The heavy battle began. In one of God's blessed moments, the fortress' pahlevan unhorsed the enemy and put a knife direct into his neck. The enemy's commander screamed: «You win! Who are you? Take your helmet off. I want to see your face, pahlevan!» When he saw that under the helmet there was a girl, he exclaimed: «Oh, you are a girl! You are a brave and beautiful girl! If the girls of Baku are that brave, I'll never capture your fortress». And he plead: «Don't kill me, beauty».

He fell in love with her for her beauty and bravery and he asked her to marry him. The girl didn't kill him but fell in love as well – because of his open heart. Thus, the enemy did not capture Baku and the local people named the tower, after the girl, Maiden Tower.

The Maiden Tower in Baku is 29.5 meters (97 feet) tall and 17 meters (54 feet) in diameter at the base, which narrows gradually moving upward. The truncated cone shape, the thickness of the walls and deep foundations are likely responsible for the longevity of the tower.

The only entrance to the tower is on the western side – two meters above ground level and only a bit than one meter wide. It is only possible to reach the first floor from the ground using a ladder or a rope. There used to be wells just outside the door, but now they have been filled in and asphalted to make access to the tower easier.

When the tower was first built, people had to negotiate their way around the wells, climb up to the door via a ladder or rope, pass through the door to the ground floor and then climb a ladder or rope to get to the other floors.

Are you interested in an excursion to the Maiden Tower or a guided city tour in Baku? Tell us about your ideas and immediately get an offer without obligation from us. 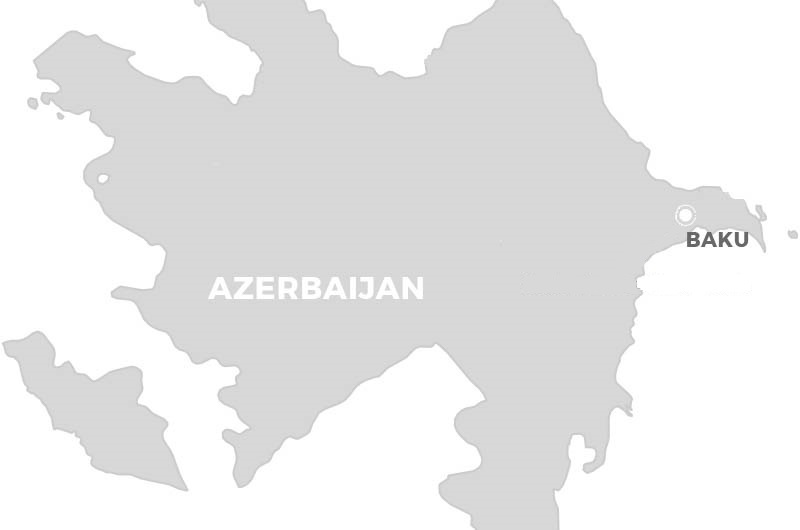 The Maiden Tower located in the old part of Baku city. We recommend you to walk.

You can use a subway which is easy and comfortable, the nearest station is called Icherisheher.

From the Baku International Airport, it's a 30-minutes drive to the Maiden Tower, which is located in the old town.

The Maiden Tower is located inside Baku old town and accessible by foot.