Mud volcanoes are among the most unique natural phenomena on earth. The most gentle, but constantly bubbling, mud-filled mounds of earth emit mainly methane. Their mud is said to be healthy for the skin.

Azerbaijan, often called the Land of Fire, has the highest number of mud volcanoes in the world. 350 out of approximately 1,000 mud volcanoes in the world are located in Azerbaijan. The locals have given them different names over the centuries and call them for example «yanardagh» (burning mountain), «pilpila» (terrace), «gaynacha» (boiling water) and «bozdag» (grey mountain). 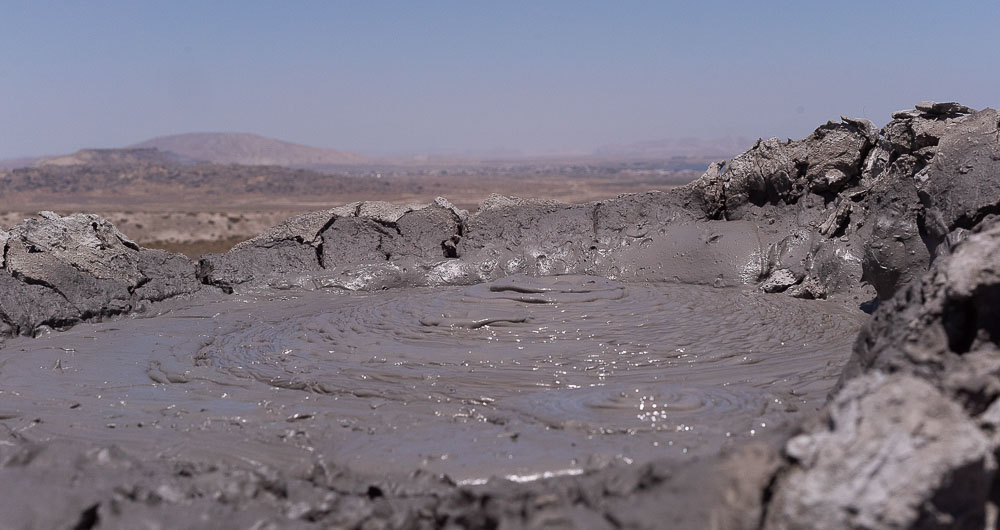 The gas emitted by the mud volcanoes consists of 90 % highly flammable methane.

In the territory of today's Azerbaijan, mud volcanoes have been bubbling for 25 million years. 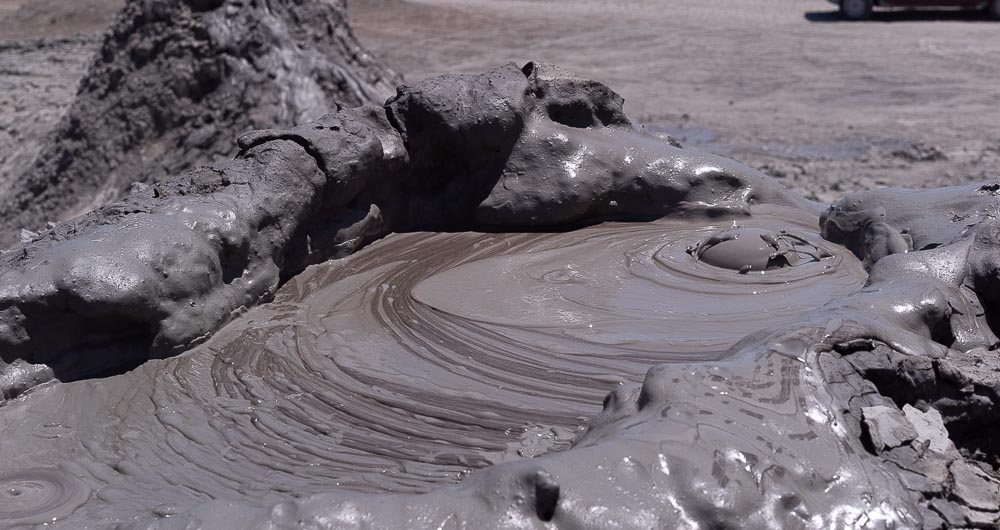 The mud contains iodine, bromine, calcium and magnesium and is said to have a health-promoting effect on the skin.

Not far from the mud volcanoes there is the Gobustan National Park, officially called Gobustan State Historical and Cultural Reserve. Covering an area of more than 4,500 hectares, it contains one of the largest collections of antique rock paintings (petroglyphs) in the world. Visitors can discover more than 6'000 rock paintings which date back 5,000 to 20,000 years. The Gobustan National Park has also been part of the UNESCO World Heritage since 2000.

In the museum, which is located near the entrance to the National Park, you will find useful background information on the long history of human settlement in this area. 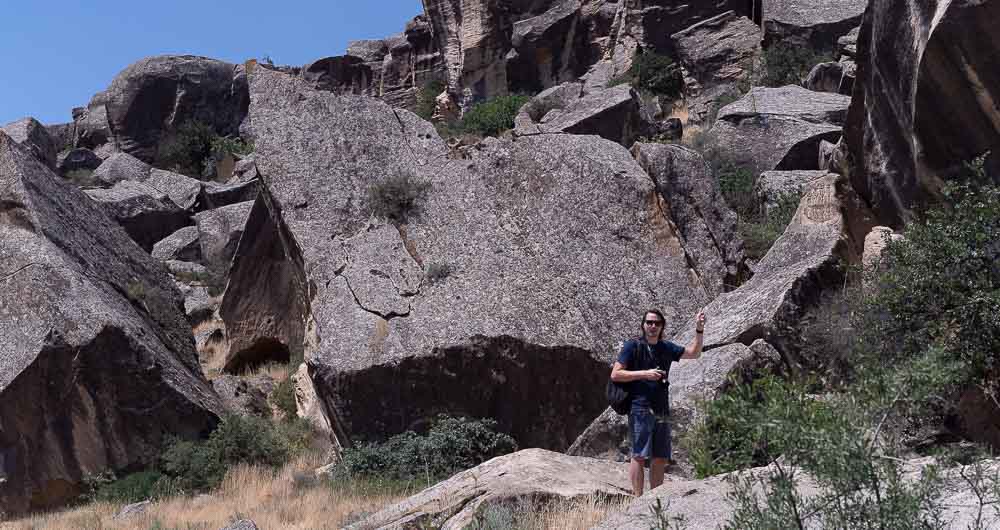 Bizarre rock formations and rock carvings dating back to 5,000 - 20,000 years in the Gobustan National Park.

Gobustan Museum was opened in 2012 after a thorough reconstruction. Today it is a modern interactive museum complex in the collection of which are collected over 100,000 archaeological materials. In 2013 the museum became one of the winners of the contest «The Best European Museum of the Year», which is held by the European Museum Forum and is one of the most prestigious competitions in the world in this field. 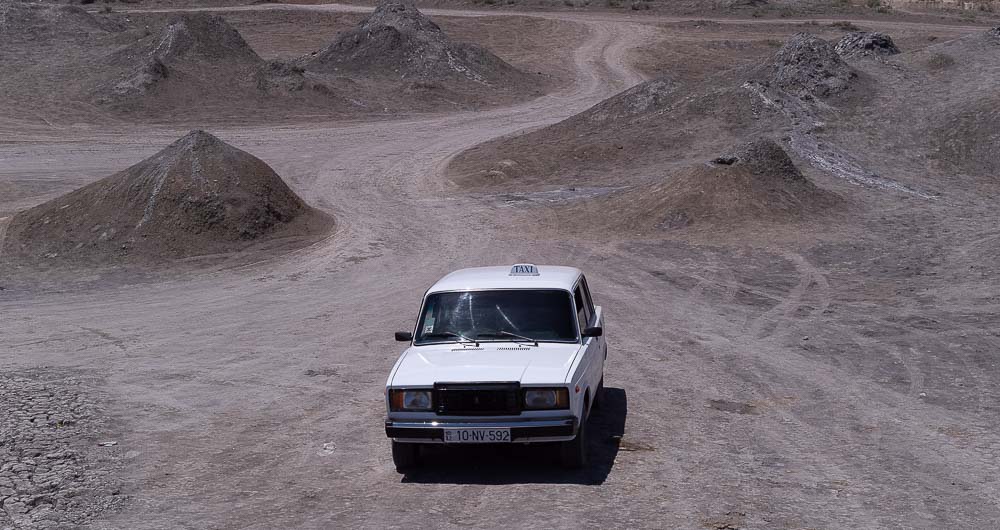 Soviet-style taxis bring the guests from the National Park's entrance to the mud volcanoes.

The mud flowing from the volcanoes is cold. The organic substances, minerals and microelements it contains have medicinal properties. They are said to help with skin diseases, among other things. It is best to take an empty plastic bottle with you and fill some of the mud. Maybe it will do you some good.

The mud from Gobustan also has an industrial significance: it serves as a raw material for the chemical and construction industries.

Are you interested in a private tour to the Gobustan Mud Volcanoes in Azerbaijan? Tell us about your ideas and immediately get an offer without obligation from us. 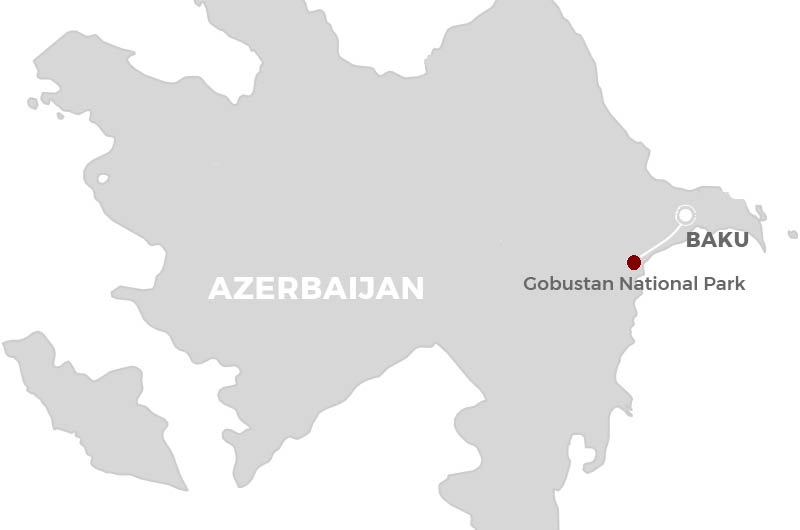 The 70 km ride from Baku to Gobustan National Park takes around one hour.

From Baku, there are busses to the Gobustan National Park. From there you should take one of the local taxis (located above the museum).

The distance from Baku International Airport is 86 km. The journey by car or taxi takes about one and a half-hour.

There is a train connection from Baku. The trip takes 1h 12 min and costs between 3 and 7 USD.