Azerbaijan's gem on the silk road

With a population of around 64,000, Sheki is not particularly large. Nevertheless, Sheki is the eighth largest city in Azerbaijan. Sheki occupies an important position as a tourist destination - among other things because of its caravanserais, the Khan palace, the mosques and the local silk factory.

Sheki has an eventful history; the city has been in constant flux between independence and foreign occupation, destruction and reconstruction. When Sheki belonged to the ancient kingdom of Albania (Caucasian Albania), it was attacked several times: by the Persians, the Romans, the Arabs, the Mongols and the Parthians. 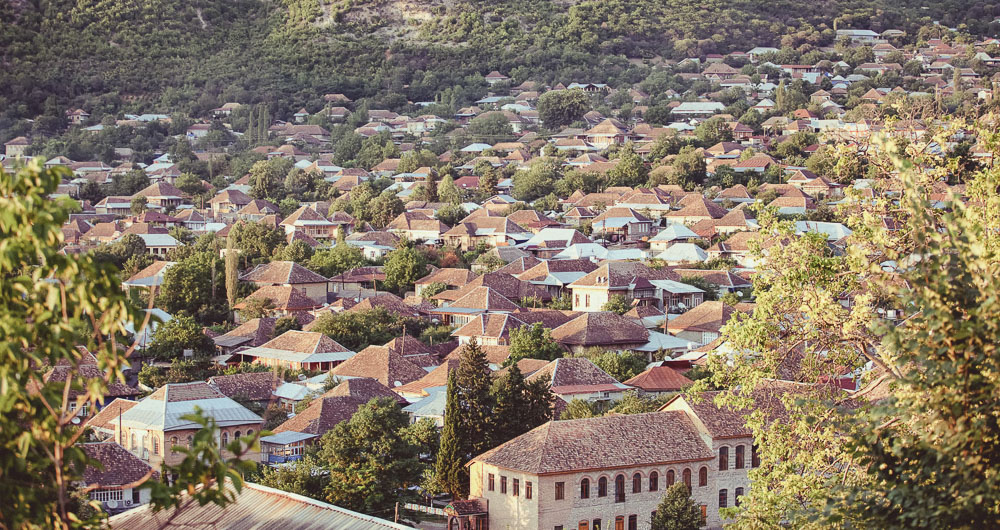 The end of the Khanate was sealed in 1819 with its integration into the governorate of Schemacha. The capital Sheki was renamed Nucha.

Near Georgia and Dagestan

Sheki's turbulent history with its many influences from other cultures and its location on the Silk Road are two reasons why it is one of Azerbaijan's most popular tourist destinations today. The city is located in the north of the country. As the crow flies, it is only 15km to the border with Dagestan and 30km to Georgia.

Nestled in an incomparably beautiful landscape, Sheki lies on the forested foothills of the Great Caucasus. Sheki itself lies about 500 meters above sea level, the surrounding mountains reach heights of up to 3,000 meters. 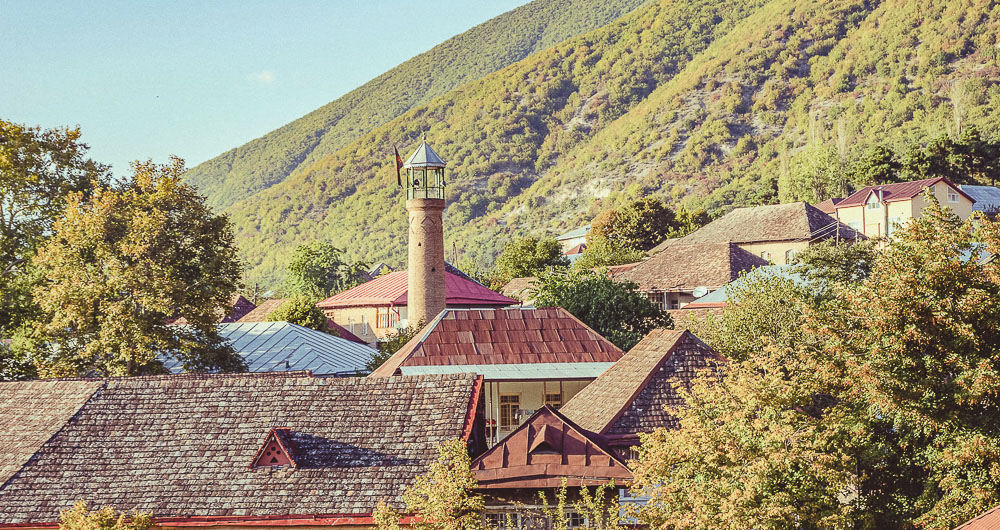 Sheki and the forested foothills of the Greater Caucasus mountains.

Khan's Palace from the 18th century

In Sheki, one can admire numerous witnesses of the history as a trading town on the Silk Road - for example the Khan palace, the former summer residence of the Khan of Sheki. The palace is located in the citadel of Sheki and is surrounded by thick walls. The building, built in 1797, is a UNESCO World Heritage Site, as is the entire historic Old Town.

Also worth a visit is the Sheki Caravanserai. The word «Caravanserai» comes from the Persian language and means caravan yard. These facilities were located along the whole Silk Road between orient and occident. The commercial travelers used the Caravanserai to stay overnight, to get new food, to exchange ideas and to trade.

The Sheki Caravanserai consists of two parts «Yukhary» and «Ashaghy», which means upper and lower caravanserai. The buildings were built in the 18th and 19th centuries and are well preserved. 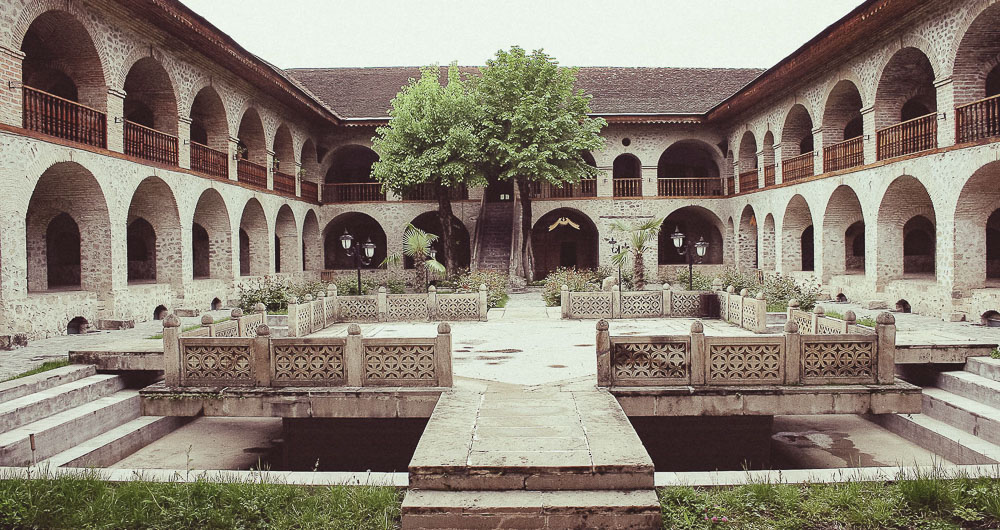 The Sheki Caravanserai was built in the 18th and 19th centuries.

The lower Caravanserai has 242 rooms and is more than 8,000 square meters in size. Since 1988, there has been a hotel and a restaurant with traditional Azerbaijani cuisine. In the upper, 6,000 square meters, Caravanserai, there are more than 300 rooms. However, it is not used as a hotel, but can of course be visited.

About 13 km northeast of Sheki or 5 km outside the village Kish there are the ruins of the Galarsan-Gorarsan fortress. The castle was built in the 8th or 9th century. In the village Kish itself, there is another sight you should visit when you're in Sheki: the Caucasian-Albanian church.

Are you interested in a private tour to Sheki or to any other place in Azerbaijan? Tell us about your ideas and immediately get an offer without obligation. 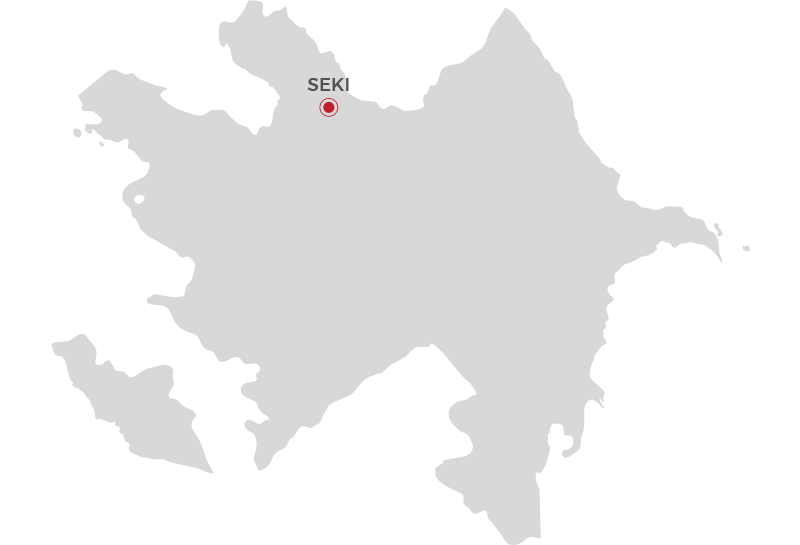 How to get to Sheki

There are marshrutkas (minibusses) from Baku to Sheki via Ismayili. The trip takes around 6 hours. If you take the bus via Khaldan und Kürdamir, it will take you one hour more.

The closest airport is the Ganja International airport. From there it takes you a bit more than 2 hours. From the Baku International Airport it's 4.5 hours to Sheki.

You can take the train from Baku to Balakan and get out in Sheki. The train station is located 17 km away from the city center, but there are taxis and marshrutkas.

Things to do in Sheki