Shamkir is located between the city of Ganja and the Georgian border in the north-west of Azerbaijan.

The provincial town has German history. In 1817 and 1818 emigrants from Baden-Württemberg (southern Germany) settled there and founded a city called Annenfeld. The Germans stayed for more than a century. But one year after Nazi Germany's strike against the Soviet Union the Germans were deported.

Today there are no more Germans or their descendants in Shamkir, which is the name of Annenfeld since 1991 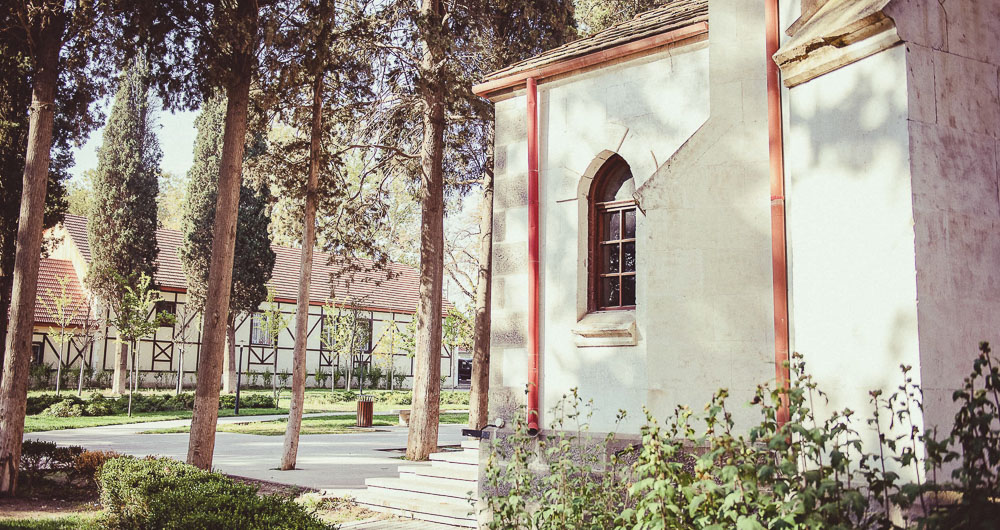 The German church in Shamkir.

The historical Shamkir has been known from the 5th century – as a Persian trading town. In the 8th century, the city was destroyed by the Sabirs, a late antique people of Turk origin.

In the 12th and at the beginning of the 13th century Shamkir was under Georgian rule. Back then, medieval Georgia was reigned by King Tamar. In 1235 Shamkir was destroyed again. This time it was done by the Mongols.

After other occupations, the city was lastly taken by the Russians.

Are you interested in traveling to Shamkir or to any other place in Azerbaijan or in the Caucasus? Tell us about your ideas and get our offer without obligation. 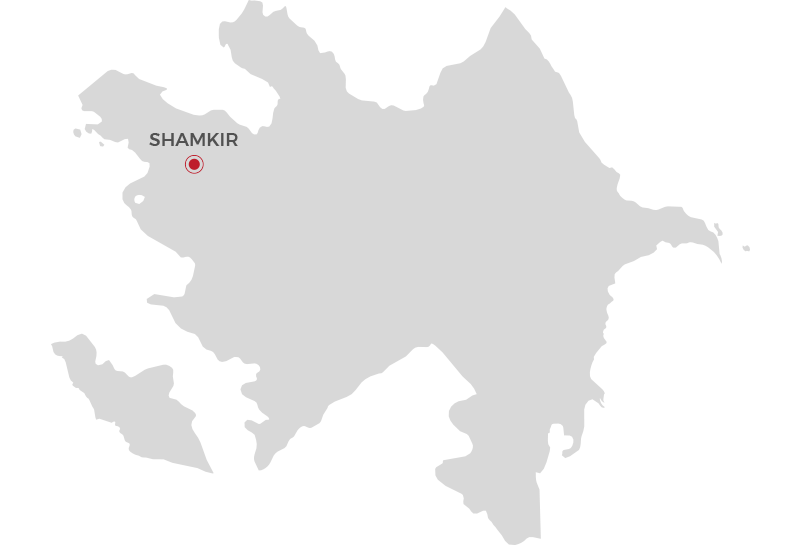 How to get to Shamkir

From Ganja, you'll reach Shamkir within 45 minutes. From the Georgian border it's 1h 45 min and from Baku a bit less than 5 hours.

This information is currently not available.

Ganja Airport is quite close to Shamkir. The journey takes 40 minutes by car.

There are train connections to Shamkir from Ganja and many other cities in Azerbaijan.

Things to do in Shamkir