The ancient city full of history

The city of Shamakhi with its nearly 40,000 inhabitants is located 120 km west of the capital Baku. The historic town is a favorite destination for tourists on their journey from Baku to Sheki. The city's main attractions are the Yeddi Gumbaz Mausoleum and the Jummah Mosque.

Shamakhi has been affected by several heavy earthquakes during its history. The worst earthquake in 1667 claimed around 80,000 lives. The last major earthquake took place in 1902 and also damaged the Jummah Mosque. Shamakhi is located at the breaking point of three earth plates. 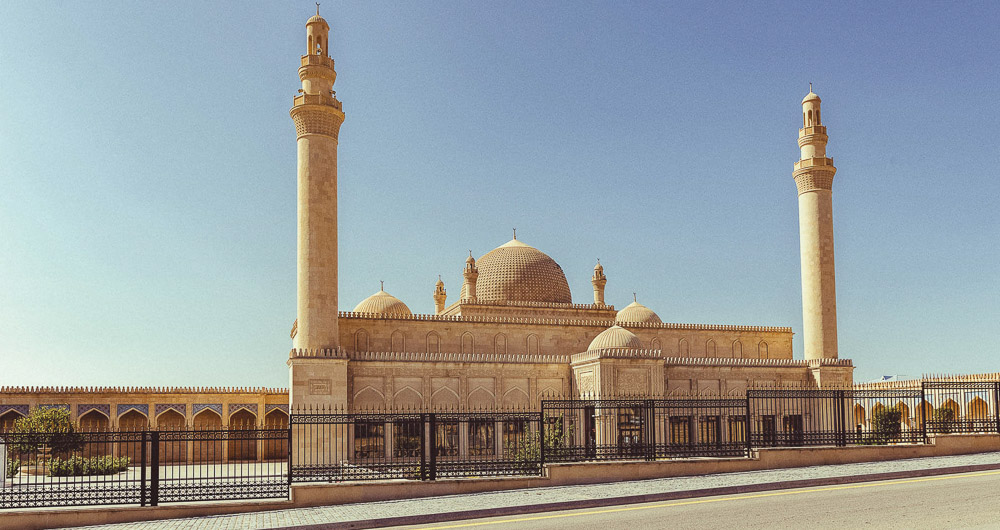 The Jummah Mosque is one of the main attractions of Shamakhi.

During the Russian Empire, Shamakhi was the capital of the province of Shemakha, but only until 1859, when another earthquake hit the city and it was decided to relocate the capital to Baku.

One of Shamakhi's most popular attractions is the Jummah Mosque, built by Abu Muslim in 743. It is the oldest mosque in the entire South Caucasus region.

Within a short time, the Jummah Mosque was nearly destroyed by earthquakes three times: 1859, 1887 and 1902. The last one, in particular, had damaged the historic structure so much that it had to be rebuilt between 1905 and 1910. In 2009 the mosque was reconstructed again. 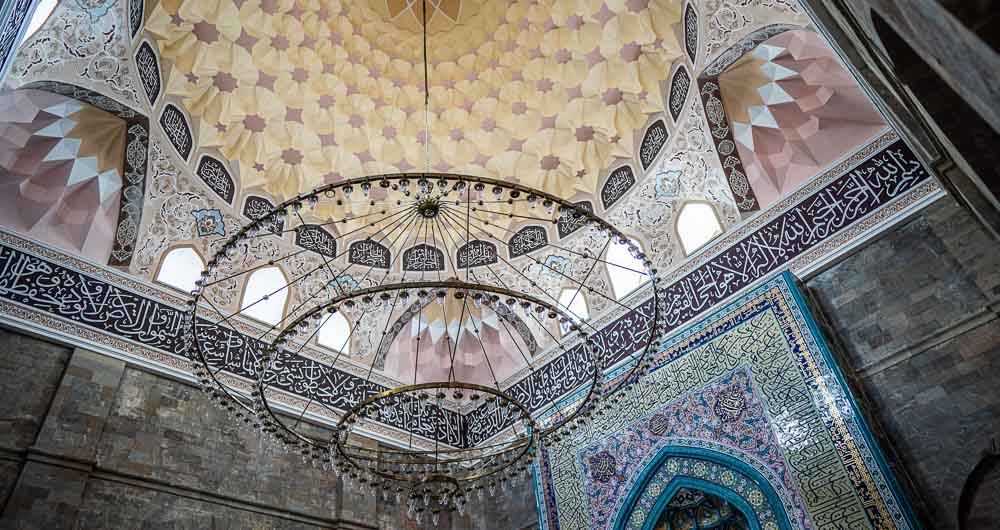 Beautiful mosaic decorations inside the Jummah Mosque in Shamakhi.

1.5 km south of the city center there is the second attraction of Shamakhi: the Yeddi Gumbaz Mausoleum. It was created at the beginning of the 18th century in honor of the family of the last Khan of Shamakhi, Khan Mustafa. 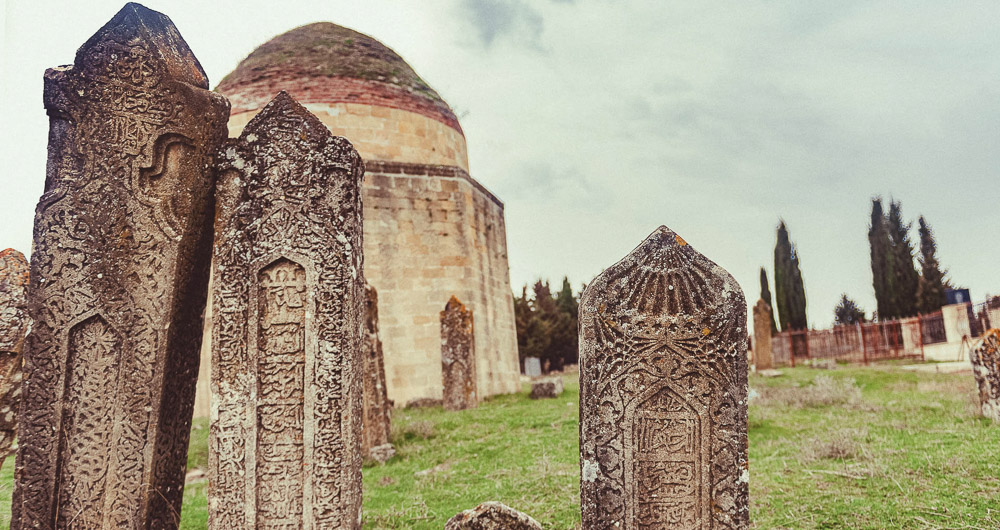 Three mausoleums are preserved on the grounds south of the city center until today.

Are you interested in a private trip to Shamakhi or would you like to discover the whole country of Azerbaijan? Contact us anytime. We're glad to send you an offer without obligation for your tour. 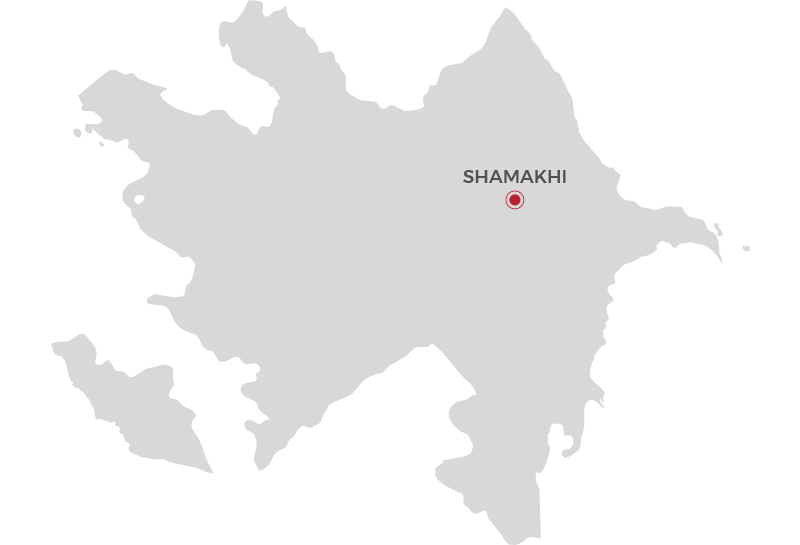 How to get to Shamakhi

From Baku city center it takes around 2 hours to Shamakhi by car on the M4 highway. There are also taxis, but they're a lot more expensive than the cheap busses.

In Baku, you can take any minibus which goes to Sheki or Qabala, as they make a stopover in Shamakhi. There are direct connections to Shamakhi, too. Busses cost around 6 Manat.

There are no train connections to Shamakhi.

Things to do in Shamakhi