Fascination between tradition and modern spirit

Many guests are surprised when they come to Baku for the first time and without any previous knowledge. Expecting to travel through a poor country, they are overwhelmed by all the wealth that is revealed to them at the airport and on the way to the city center.

Baku, the largest city in the Caucasus

For decades, the Azerbaijani state has been living off oil, which is stored in almost inexhaustible quantities in the country and in the neighboring Caspian Sea. The capital Baku also profits from this "black gold", where the meticulously dressed up center has been delighting its visitors for years. But Baku is also growing outside the historical center and is becoming more beautiful and modern year after year. Wide boulevards, glass skyscrapers and facades more beautiful than those in Paris await the traveler. Baku is not only the richest but also the largest city in Azerbaijan. And the largest in the whole Caucasus. 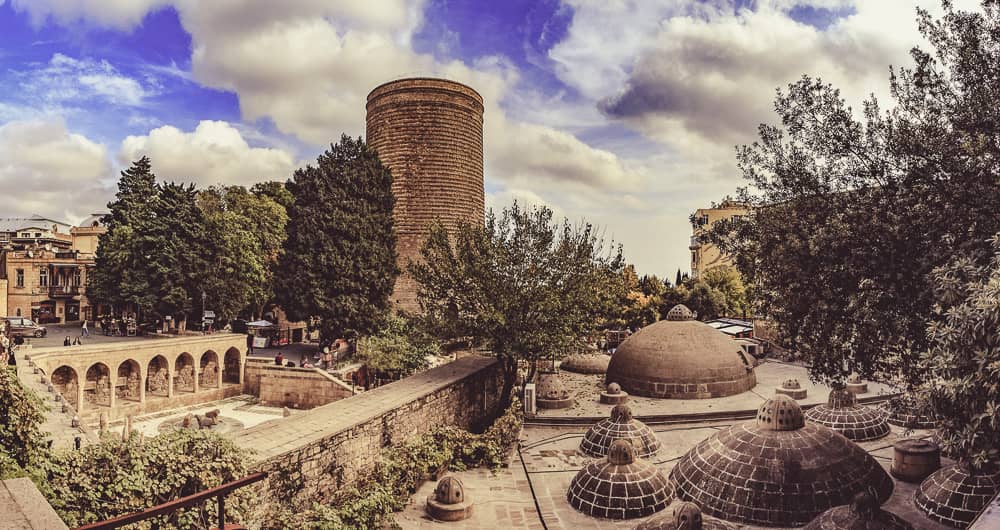 Baku has a lot to offer culturally

And so Baku also has a lot to offer culturally. The most important attraction is the historic old town. The historic quarter, surrounded by fortress walls, has been part of the UNESCO World Heritage Site since the year 2000. Although it is teeming with souvenir shops and other tourist gadgets, you simply feel at home in the old town. The narrow alleys with their picturesque houses, the numerous mosques and the cozy tea houses exude unique magic and contrast with modern Baku with its glass towers and magnificent boulevards. The highlights of the old town are the palace of the Khans of Shirvan, the Virgin Tower and the Lezgi Mosque, both built in the 11th century, and the baths. Hard to imagine: In the historical center there was even an Armenian church, which was however torn down in 1992 because of the conflict in Nagorno Karabakh (Nagorno Karabakh). In the following, we will go into some cultural sights of the Azerbaijani capital. 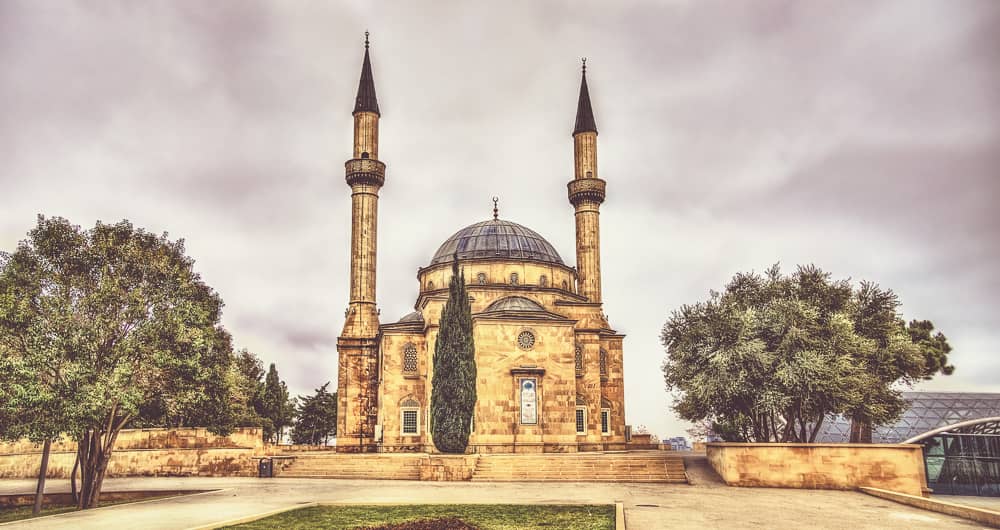 Just because of the building itself you should visit the National Museum of Azerbaijani Literature (named after Nizami Ganjavi). Located in an old caravanserai from 1850, the building was converted into a museum in 1945 after it had served various purposes, such as a hotel. In the museum, visitors can admire more than 3,000 rare books, manuscripts, illustrations, but also sculptures and other artifacts. Address: Istiglaliyyat 53, 1005 Baku.

The National Art Museum of Azerbaijan, opened in 1936, contains more than 17,000 paintings, drawings and sculptures. The visitors can admire over 3,000 of them in 60 different rooms. The museum is located directly outside the historic old town and can be easily reached on foot. Address: Niyazi 9/11, Baku.

The Heydar Aliyev Centre (Azerbaijani: Heydər Əliyev Merkezi) houses the new National Museum of Azerbaijan, a library and various exhibition and concert halls. The Heydar Aliyev Centre is worth a visit just for its futuristic architecture, designed by the Iraqi-British architect Zaha Hadid, who unfortunately has now passed away. In 2014 the center received the prestigious "Design of the Year" award from the Design Museum London. Address: Heydar Aliyev Prospect 1, 1033 Baku.

Already the exterior of the building reminds of a rolled carpet. The imposing building was designed by the Austrian architect Franz Janz. The completion took more than six years. In the museum there are more than 10,000 works of art to admire - in addition to carpets, there are also ceramics, gold and silver jewelry and traditional Azerbaijani clothing. Address: Mikayil Useynov 28, Seaside Boulevard, 1001 Baku.

A very special museum is the Miniature Book Museum. It is the only one of its kind worldwide. In 2002 it opened its doors in the old town of Baku. In the museum, visitors can admire more than 6,500 small and smallest books from over 60 countries. The extensive collection is made up of pieces that the founder, Zarifa Salahova, collected over more than 30 years. Some of the books are no bigger than a thumb. Address: 1 Gala Lane, Baku.

Places of interest in Baku

One of the modern landmarks of Baku are the Flame Towers. The three glass skyscrapers were completed in 2012 and are more or less visible from all over the city due to their size. Especially at night, the Flame Towers are an eye-catcher, because on their facades an impressive play of colors can be seen. The highest of the three towers measures 181.7 meters and consists of 39 floors. The other two towers are 164.6 meters (36 floors) and 160.8 meters (28 floors) high. The towers contain apartments, offices and hotel rooms.

The Virgin Tower called Giz Qalasi in Azerbaijani, is located in the southeast of the old town on the Neftjanik Prospect, the main road that runs along the Caspian Sea through the whole of Baku. The tower was built between the 7th and the 12th century, the foundations could even date back to the 5th century. It is believed that it was originally intended as a kind of lighthouse or fortified tower. It is also possible that it was built as an astronomical observatory or as a Zoroastrian temple.

The cylindrical, 29.5-meter high tower has a diameter of 17 meters and is very massive. In the lower part, the thickness of the walls is five meters. The eight floors in total are connected by a staircase in the wall.

Around the Virgin Tower, there are legends like one of the princesses who wanted to escape a marriage arranged by her father and therefore is said to have thrown herself from the Virgin Tower into the Caspian Sea. Address: Neftçilər Prospekt, Baku

Are you interested in a city tour in Baku? Would you like to book a tailor-made trip to Azerbaijan? Tell us about your ideas and immediately get an offer without obligation. 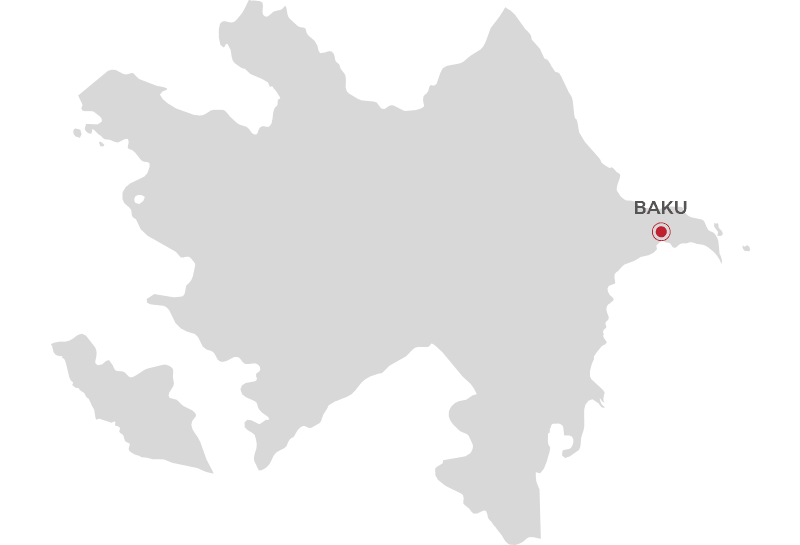 How to get to Baku

Coming from Europe, we currently only recommend the southern route via the Balkans, Turkey and Georgia due to the Donbas conflict. Please note that entry via Armenia is not possible due to the Nagorno-Karabakh conflict. However, it is possible to travel from Armenia to Georgia and from there on to Azerbaijan.

There are minibus connections (marshrutka) from various cities in Azerbaijan to the capital Baku, for example from Khachmaz (3 hours), Imishli (4 hours), Lankaran and Saatli (5 hours each) and Sheki (6 hours).

There is a daily connection by night train between Tbilisi and Baku. The journey takes about 12.5 hours. The train stops in Lankaran, Sheki, Khachmaz and Ganja. There are also train connections from many Russian cities.

Things to do in Baku 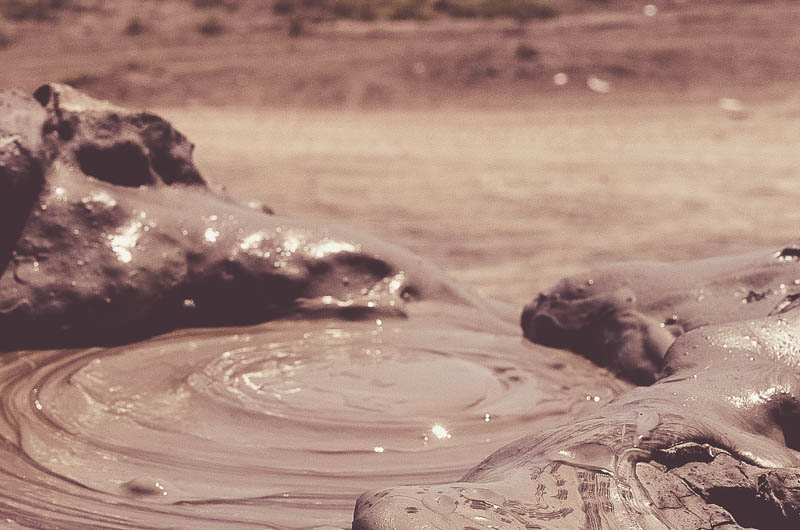 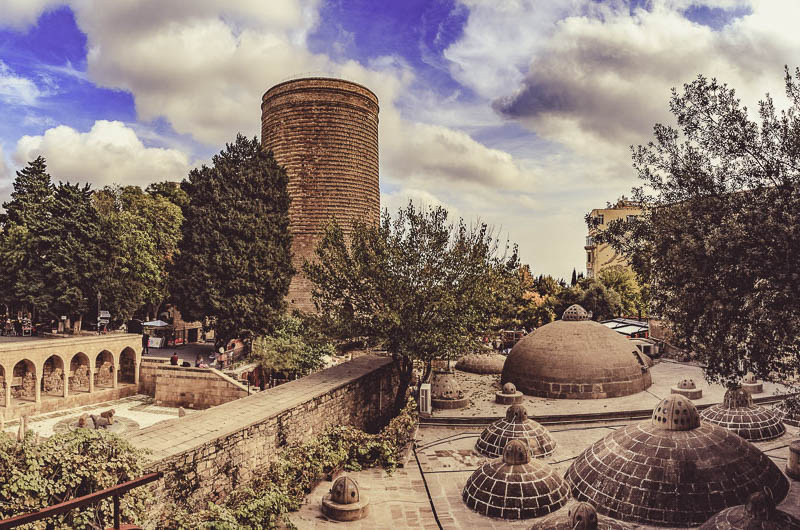