Vagharshapat is commonly known as Echmiadzin (or Etchmiadzin), which was the city's official name between 1945 and 1995. The place is the perfect spot if you want to learn more about the ancient Armenian architectural history and explore Armenia's culture. In Vagharshapat you can find numerous churches, monasteries and museums, that Armenians have preserved through their long and torturous history in order to understand their national mentality and its basis, the religion. 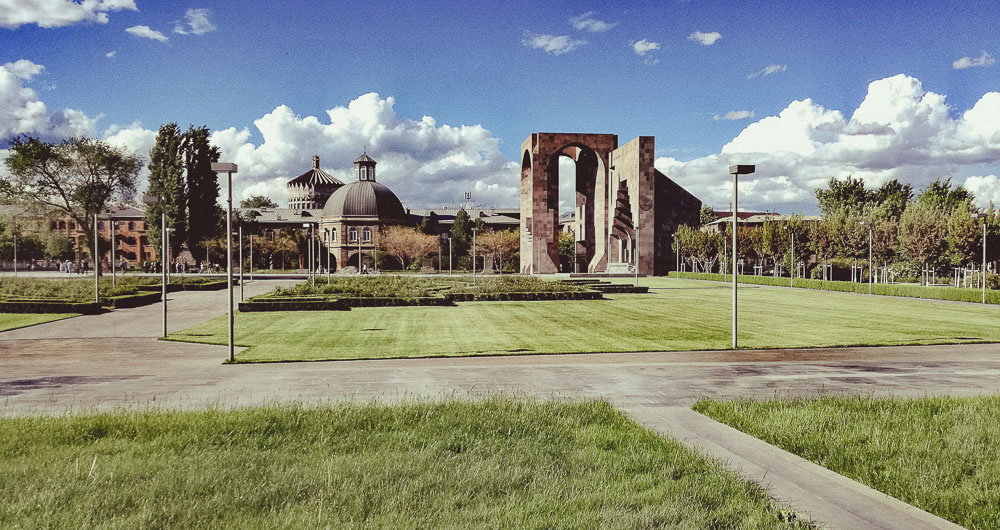 The gate to the historical sites of Echmiadzin.

Expansion during the Soviet period

After the adoption of Christianity as a state religion in Armenia (301 AD), Vagharshapat was called Echmiadzin, after the name of the Mother Cathedral. The city of Echmiadzin became the seat of the Armenian Catholicosate.

Echmiadzin grew up rapidly and developed into an important center of education and culture. Reduced to a small town by the early 20th century, it experienced large expansion during the Soviet period becoming, effectively, a suburb of Yerevan. 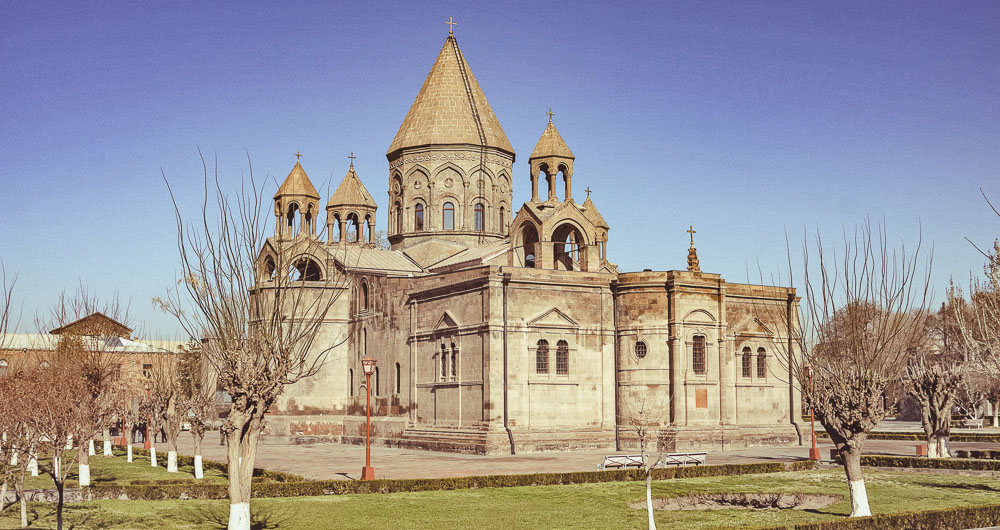 The Echmiadzin Cathedral, mother church of the Armenian Apostolic Church.

In 1995, after the declaration of the independence of Armenia, the town was officially renamed Vagharshapat. But it is still popularly known as Echmiadzin.

Places of interest in Echmiadzin

One of the highlights of Vagharshapat is its ancient UNESCO-listed Echmiadzin Cathedral, the major Armenian Apostolic church. Built in 303 AC as a small basilica, it is the oldest state-built church in the whole world. Located in a huge park-like area, the monastery is an impressive sight. It was rebuilt and has been added to it more than 1,700 years ago. The church is still the heart of the Armenian Church and the seat of the Catholicos of all Armenians.

The other place you should visit is the Zvartnots cathedral, a ruined church from the 7th century with a unique circular design. In spite of its ruined look, this cathedral is the favorite place for tourists.

Are you interested in traveling to Vagharshapat (Echmiadzin), the whole of Armenia, or to any other place in the Caucasus? Tell us about your ideas and immediately get an offer without obligation from us. 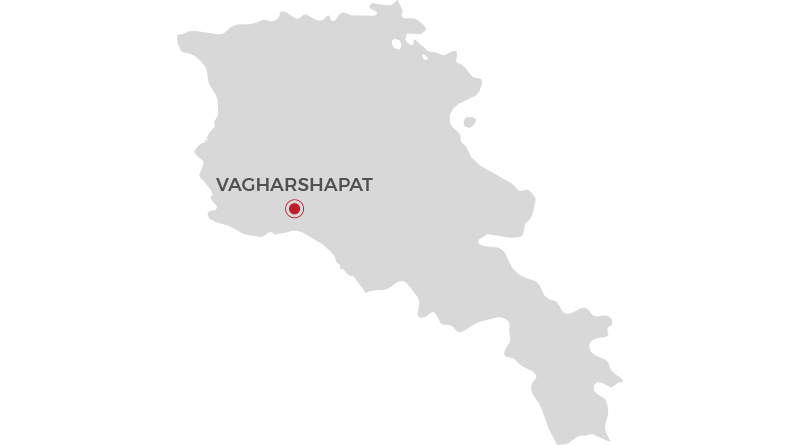 How to get to Vagharshapat

From the city center of Yerevan, it takes you about 35 min on the road M5. The distance is 20 km.

You can find marshrutkas to Vagharshapat (Echmiadzin) at the central bus station (Kilikiya) in Yerevan. There is a connection every 30 min. It will cost you about 250 AMD.

The Zvartnots International Airport is located between Yerevan and Vagharshapat (Echmiadzin). The 10 km will only take you about 15 min by car.

There is no train connection to Vagharshapat (Echmiadzin).

Things to do in Vagharshapat