Sisian and the Armenian Stonehenge

The Armenian small town Sisian, situated at the river Vorotan, belongs to the province Syunik in the south of the country. The surroundings of Sisian offer some sights like the ruins of the fortress Vorotnaberd and the monastery Vorotnawank as well as a well preserved grave building from the 6th and 7th century.

Sisian was first mentioned in the 8th century BC. At that time the city was still part of Great Armenia – long before the Christianization of Armenia. Between the 4th century BC and the 5th century AD, today's Sisian belonged to the Kingdom of Armenia, which was ruled by the Orontid, Artaxid and Arsacid dynasties. 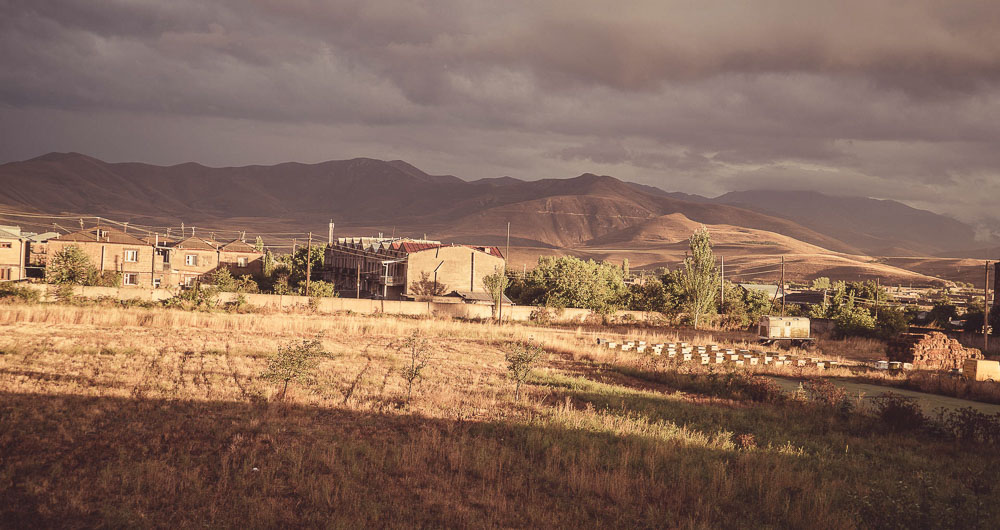 Sisian, the small town in Armenia's south, a few minutes before a thunderstorm.

Still visible today are the petroglyphs of Ughtasar – 20 kilometres north of Sisian and directly on the border to Azerbaijan. The rock paintings date from the 5th to 2nd century BC. They tell a lot about the culture of that time and show scenes of festivities and hunting.

In the year 1103, Sisian belonged meanwhile to the kingdom Syunik, the Seljuk invaded and plundered in the region of Sisian extensively. It was not to be the last invasion. After the end of the kingdom in 1170, the Mongols, the Turkmen Ak Koyunlu and the Kara Koyunlu (from today's Iran, Iraq and Turkmenistan) invaded successively. These conquest campaigns lasted until the 15th century. 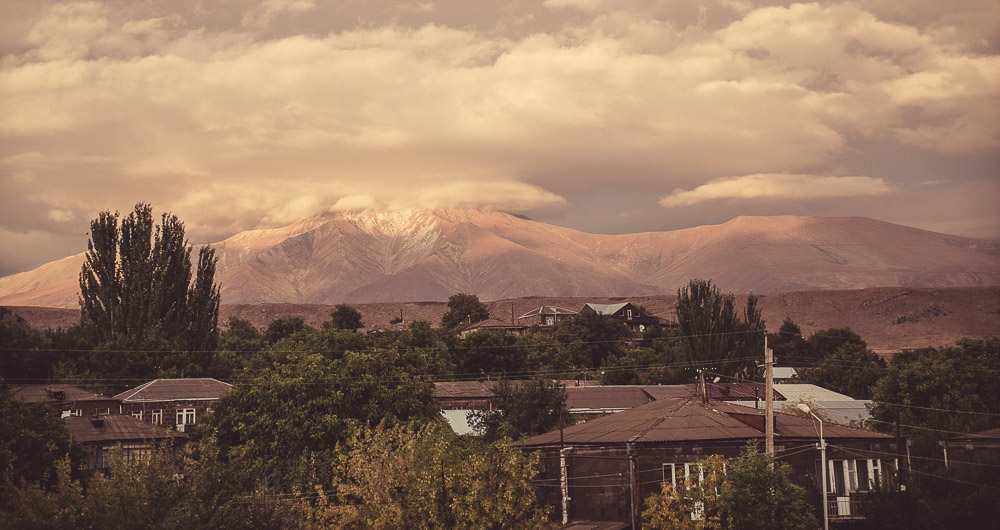 Located at 1,600 m above sea level, Sisian is surrounded by the Zangezur and the Bargushat Mountains.

Sisian under Persian and Russian rule

At the beginning of the 16th century, the Persians came and conquered Sisian, which at that time was still called Sisakan. The city became part of the Khanate Yerevan (Erivan Beglarbegi), which in turn belonged to the Safavid Empire, which stretched from Armenia to Pakistan and Afghanistan. It took until the 18th century before resistance against the Persian occupation formed. With the help of numerous patriotic volunteers, Army Commander David Bek managed to liberate the province of Syunik until 1750.

Only a few decades later, however, the next adversity followed: Armenia became part of the Russian Empire. The short period of Armenia's independence between 1918 and 1920 was to be the only one until 1991 when Armenia became independent again after the end of the Soviet Union.

The most important sight in Sisian is Zorats Karer (other names are Carenish or Karahund). The ancient cemetery is 7 hectares large and lies about 4 kilometres north of Sisian. In addition to the remains of an ancient settlement, there are 30 chamber tombs and around 223 megaliths (standing boulders) on the site. About 40 of these two to three-meter high stones form a circle that surrounds the central grave of the complex. Individual stones weigh up to 10 tons.

Because of its appearance, Zorakarians are occasionally referred to as the Stonehenge of Armenia. 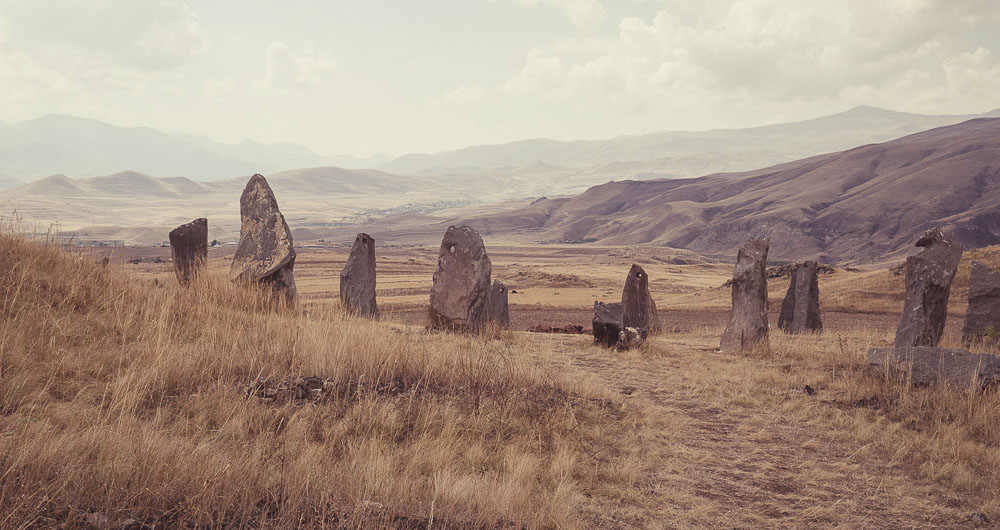 Zorats Karer, probably built between the Middle Bronze Age and the Iron Age.

Most of the graves were robbed through time. Only five graves, dating from the early Iron Age and discovered and excavated in the 1980s, still contain treasures and grave goods such as daggers, arrowheads, clay vessels and jewellery. Visitors can view the finds in the museum in Sisian. 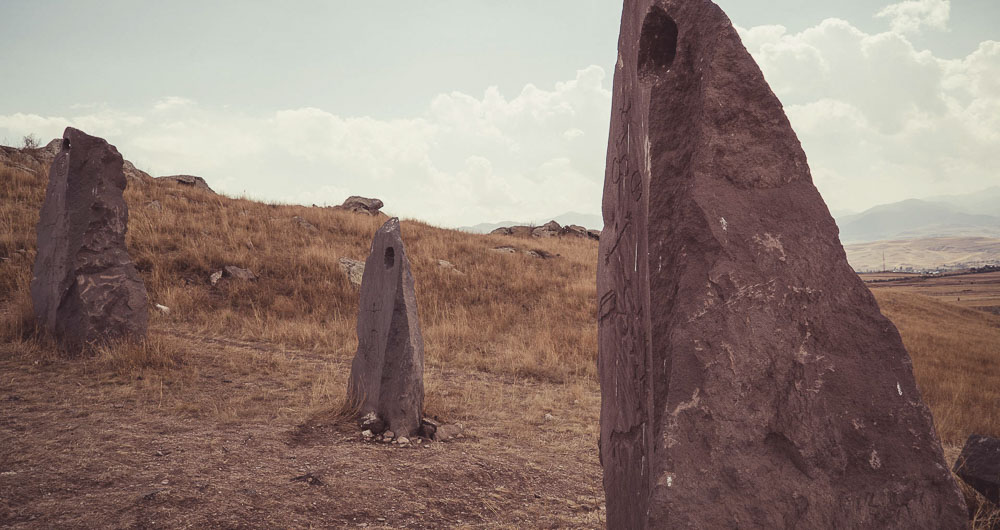 Zorats Karer is also known as the Armenian version of Stonehenge.

Are you interested in travelling to Sisian, Armenia or to any other place in the Caucasus? Tell us about your ideas and immediately get an offer without obligation from us. 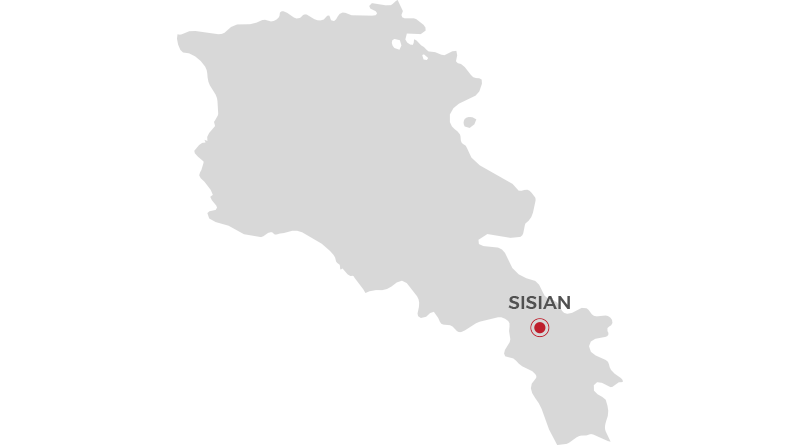 How to get to Sisian

By car, the journey from Yerevan to Sisian and Zorats Karer takes 3.5 hours. From Goris, it takes 30 to 45 minutes, which is a good time for a day trip.

There are no trains that go to Sisian or nearby.

Things to do in Sisian