Ijevan is the capital of the Tavush region in Armenia. It is located on the banks of river Aghstev at the foot of Ijevan ridge of Gugark Mountains. Ijevan is the seat of the Diocese of Tavush of the Armenian Apostolic Church.

Ijevan is famous as a major center for traditional Armenian handmade rugs and carpets. The largest carpet factory in the South Caucasus is situated in Ijevan. The city is also famous for its wine and brandy factory, a leading enterprise of Armenia for the production of wine and cognac.

Where does Ijevan's name come from?

The area of modern-day Ijevan used to have many roadside inns known as caravanserais that served travelers between historic Syria and North Caucasus. Starting from the 16th century, the territory was known as Istibulagh (meaning hot fountain in Azeri) under the Persian rule.

On the same territory, the small village of Karavansara was founded in the 1780s during the Persian rule. However, during the days of the First Republic of Armenia in 1919, the settlement was renamed Ijevan, meaning inn or caravanserai in the Armenian language.

Historically, the area of modern-day Ijevan was part of ancient Utik and Gugark; the 12th and 13th provinces of Greater Armenia respectively.

Under the Persian rule who had gained control over the Eastern Armenian territories since 1501-02, the village of Karavansara was founded during the 1780s. The territories of present-day Lori and Tavush along with neighboring Georgia became part of the Russian Empire in 1800-01. The territories became an official region of Russia as per the Treaty of Gulistan signed between Imperial Russia and Qajar Persia in October 1813, following the Russo-Persian War of 1804–1813.

Following the 1918 independence of Armenia, the name of Karavansara was changed to Ijevan in 1919. On 29 November 1920, Ijevan -along with Noyemberyan- was the first Armenian settlement where Soviet-Bolshevik rule was established, after being invaded by the Red Army from Soviet Azerbaijan at the north. In 1930, it became the center of the newly formed Ijevan raion.

The first major plan of the town was adopted in 1948, revised later in 1967. In 1951, the Ijevan Wine-Brandy Factory was opened, followed by the rug and carpet factory opened in 1959-65. With the gradual development of the industrial sector, Ijevan was given the status of a town in 1961. In 1970, it was turned into a city of republican subordination of the Armenian Soviet Socialist Republic.

Following the independence of Armenia in 1991, Ijevan became the provincial center of the newly founded Tavush Province as per the administrative reforms of 1995.

Ijevan Dendropark is a green paradise where you will definitely enjoy walking around. Some also call it a green symphony. Here, there are more than 650 types of trees, bushes, and flowers. The Dedropark is located on the right bank of the river Aghstev.

The park was established in 1962 by the efforts of the Sayadyan family. It is a very calm area, where one can stay for hours to walk, read a book, do yoga, or just spend time with family. The air here is always fresh, and it is nice at any time of the year. 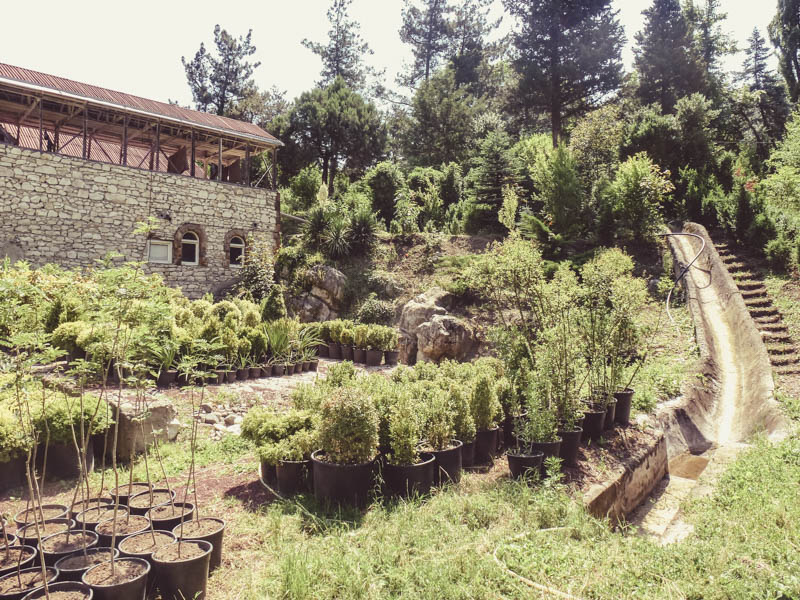 The perfect place to have a walk and to be close to nature.

Ijevan was used to host an annual symposium of sculpture between 1985 and 1990 with the presence of many experts from all over the world. Therefore, the residents of Ijevan started to call their town «the city of 100 sculptures». Currently, there are 116 sculptures erected at the Ijevan sculptures garden at the center of the town.

The ethnographic museum of Ijevan was reopened in 1999 while the art gallery was renovated in 2003. The town is also served by a house of culture, a school of music, a school of arts, and an art gallery. Ijevan is a major center for traditional Armenian handmade rugs and carpets. 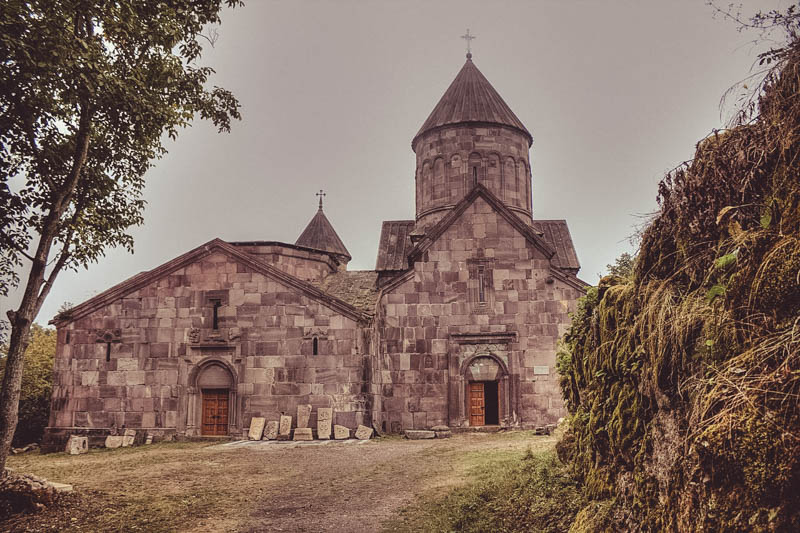 The monastery was surrounded by walls, its gate was decorated with columns.

You're interested in a private tour to Ijevan or a tour around Armenia? Contact us and get an offer without obligation from us. 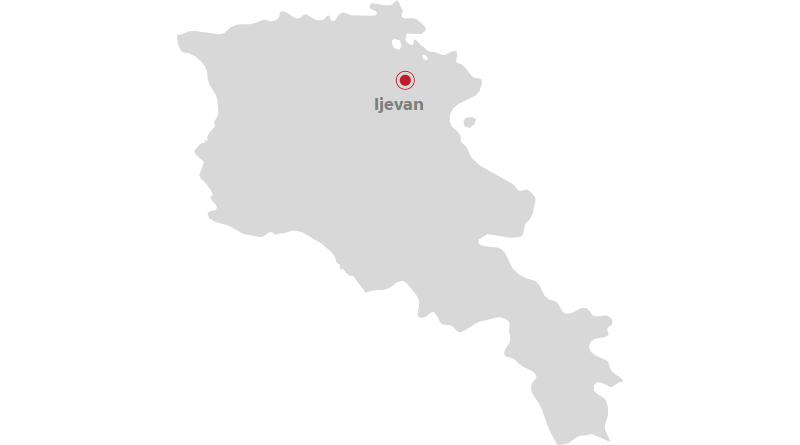 How to get to Ijevan

The journey from Yerevan to Ijevan takes a bit more than 2 hours (130km).

There are regular connections from Yerevan to Dilijan ticket price around 4 Euro, From Dilijan, it is possible to take only a taxi.

By train, it is possible to go from Yerevan to Sevan (2h, price around 20 EUR) and then take a taxi.

Things to do in Ijevan