Goris is a city in the province of Syunik in the southeast of Armenia. It is located about 10 km from the border with the Artsakh region (Nagorno-Karabakh) and about 70 km from the Iranian border.

Embedded in a beautiful landscape, Goris is situated at 1,370 meters above sea level in a valley created by the river Varanak. The chessboard-like city is surrounded by high mountains of sandstone, some of which are of bizarre shape. A visit to these nearby rock formations is worthwhile, especially as it is very easy to get there – even on foot. 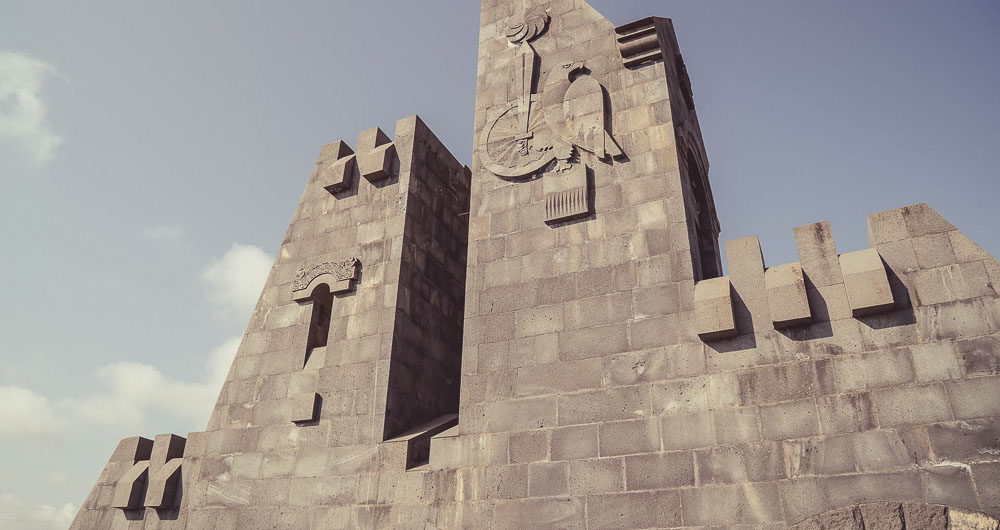 The «Gate of Goris» monument was completed in 2001 by the Armenian architect Sevada Zakaryan.

The rocks come in many different shapes and look like cones, towers, or columns. In the midst of this enigmatic landscape, there are numerous caves in which people settled for centuries. The inhabitants made themselves at home in the large stone caves by decorating the walls with their handwoven carpets, among other things. Today the caves are no longer inhabited.

The city itself does not have too much to offer. Besides the partly beautifully restored houses from the 19th century, you can visit the museum in Goris about the Armenian writer and screenwriter Axel Bakunts, which is located in his birthplace. Born in 1899, the intellectual was only 38 years old. After spending 11 months in prison for «anti-Soviet activities» and «national deviance», he was executed by shooting in 1937.

The surroundings of Goris have some other sights to offer with the Tatev monastery (30 km southwest of Goris), the «Wings of Tatev» cable car, the Kotrats caravanserai and the cave village of Old-Khndzoresk, where people lived until a few decades ago.

In Goris, there are some simple hotels and guesthouses. Work is underway to expand and improve tourist infrastructure. 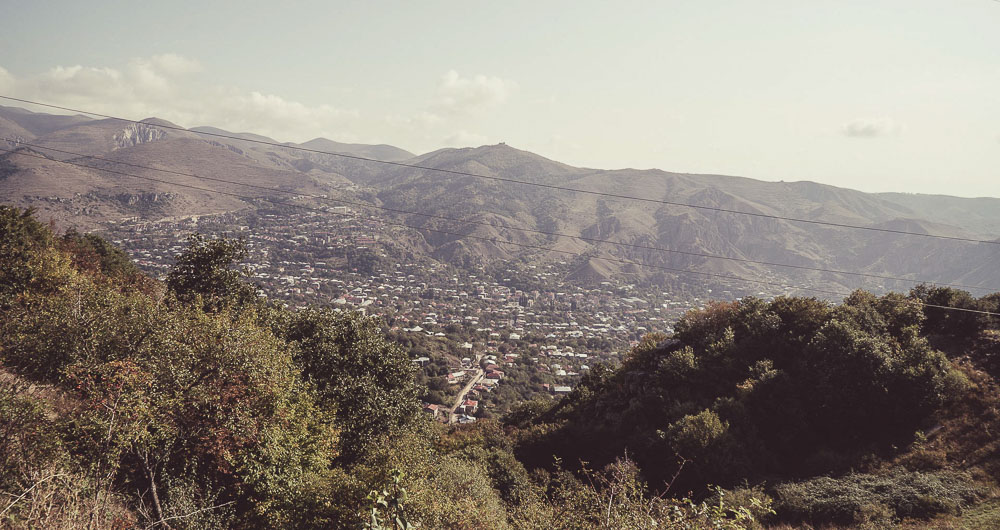 Goris is a small town embedded in the beautiful landscape of Southern Armenia.

Gateway to the Artsakh region

The city of Goris is considered the gateway to the Artsakh region. Armenia and Azerbaijan have been fighting for almost three decades over this region, which is also known as Nagorno-Karabakh. Most countries see Nagorno-Karabakh (Artsakh) as part of Azerbaijan. In fact, only Armenians have been living there since the acts of war.

Interested in a tailor-made tour to Goris, Armenia, or to any other place in the Caucasus region? Tell us about your ideas and we will send you an offer without obligation. 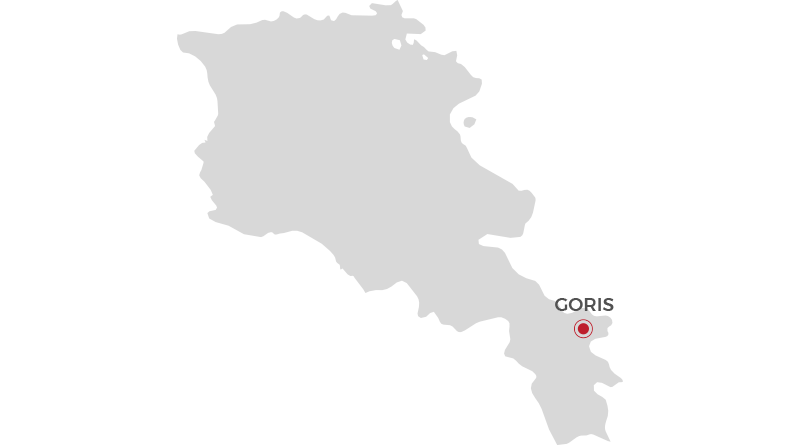 How to get to Goris

By car, the journey from Yerevan to Goris takes about four hours. One hour longer, but beautiful, is the route along Lake Sevan.

From Yerevan, there is a daily minibus (Marshrutka) to Goris. A little more expensive, but more comfortable, is to share a shared taxi with others. The journey takes about four hours.

There is an old military airport south of Goris, which has been closed since 1991. There are currently plans to reopen it for civilian operation.

Goris is not connected to the rail network in Armenia.

Things to do in Goris 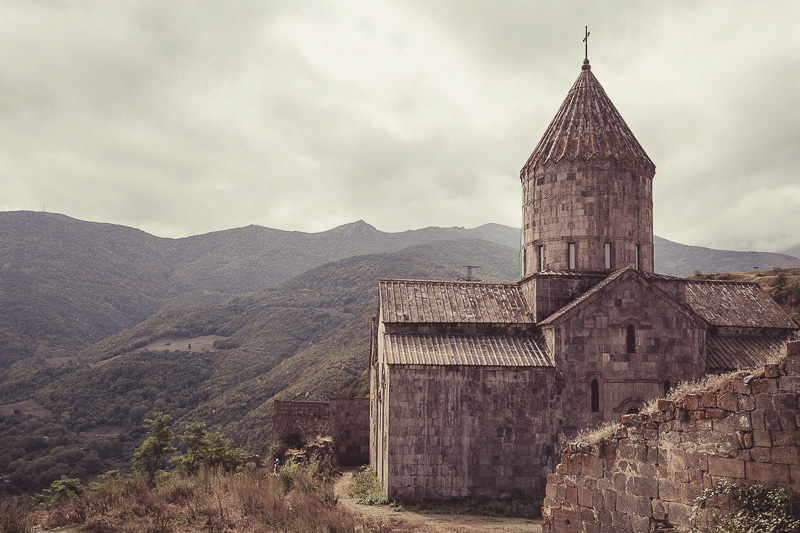 Founded between the 9th and 11th centuries, Tatev Monastery in southern Armenia is one of the country's most important architectural monuments. The journey with the 5'750 meter long cable car from Tatev is spectacular. Read more ...