The temple of Garni with its 24 columns

Garni is located about 30 km east of the centre of Yerevan. The small town with its famous «Temple of Garni» and the nearby Geghard Monastery is perfect for a day trip from the capital.

The main attraction of Garni is the Hellenistic Mithras Temple with its 24 Ionic columns, which dates back to the 1st century. The temple was built by King Tiridates I, who did so in Garni because the place had served the kings as a summer residence at that time. The original temple of Garni was destroyed by an earthquake in 1679. It took almost 300 years until it was rebuilt in 1966 with the original material. Also worth seeing is the Geghard Monastery (part of the UNESCO World Heritage Site), located about 10 km east of Garni. 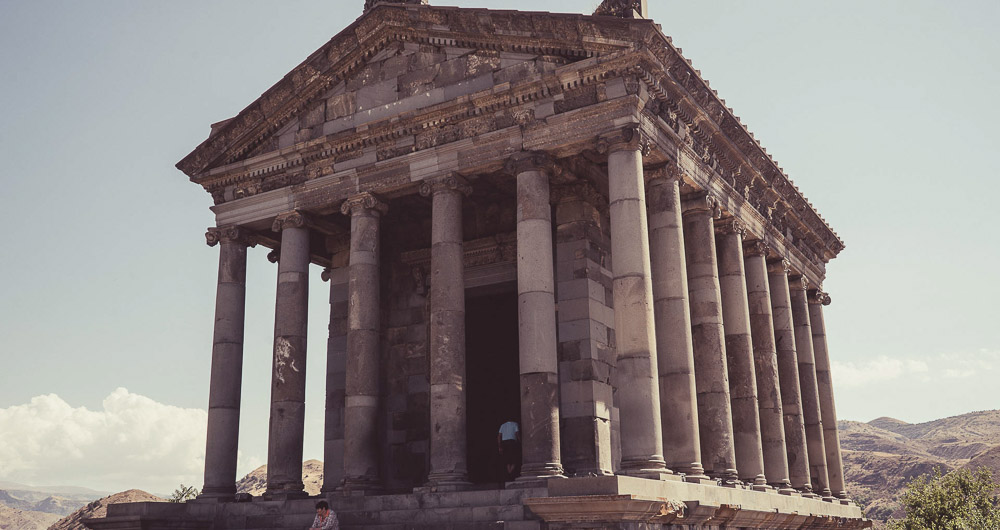 Collapsed during an earthquake in 1679, the Garni Temple was reconstructed in the early 1970ies.

«Symphony of Stones» in the Garni Gorge

Also worth a visit is the gorge of Garni, whose entrance is only 2 kilometres from the temple and can easily be reached on foot. In the gorge, you can admire bizarre rock formations, including basalt columns that the river has carved out of the mountains. This landscape is also known as the «Symphony of Stones». 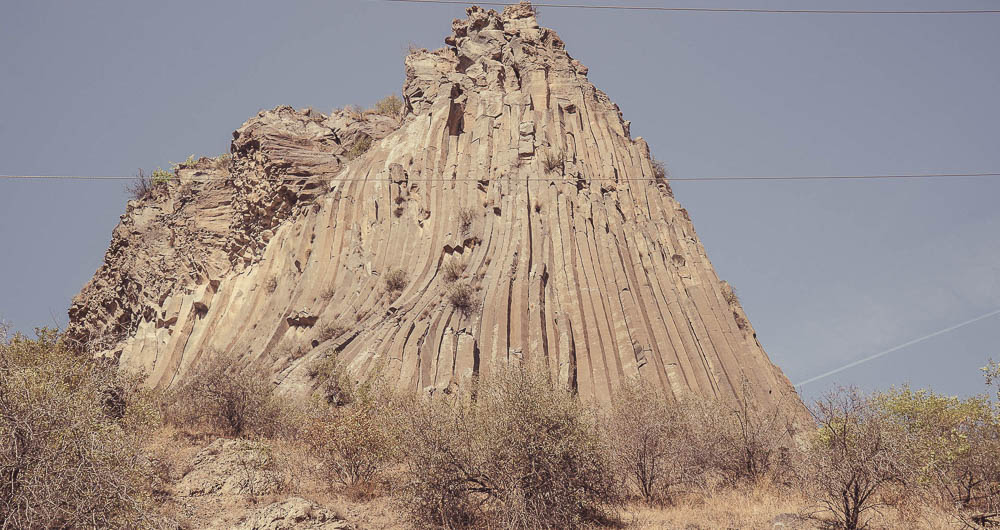 It's a nice short hike from the Temple of Garni to the Garni Gorge with its bizarre rock formations.

Are you interested in travelling individually to Garni or to any other place in Armenia? Tell us about your ideas and immediately get an offer without obligation from us. 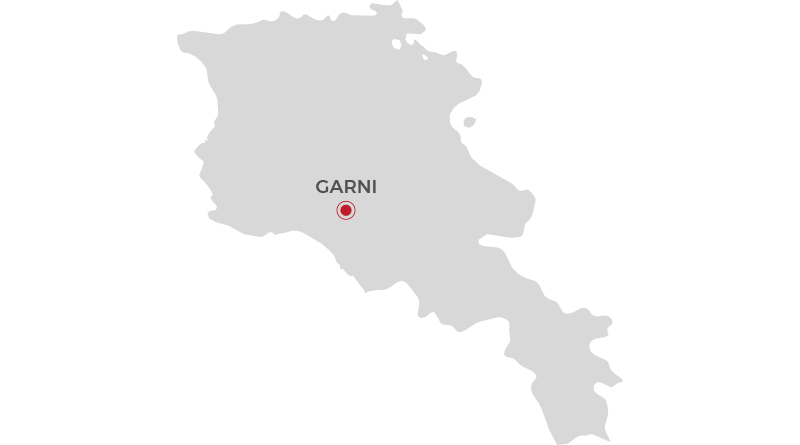 How to get to Garni

Garni is located about 30 km east of Yerevan and can be reached by car from the city center in 45 to 50 minutes.

From Yerevan, you can get to Garni by Marschrutka for 250 AMD. The minibusses are waiting in the car park next to the Mercedes Benz showroom on Gai Avenue and leave for Garni every 30 minutes.

From the airport Yerevan, which is located west of the city, the journey to Garni takes 1h 15min. In heavy traffic, it takes longer, because the most direct way leads through the city.

Things to do in Garni 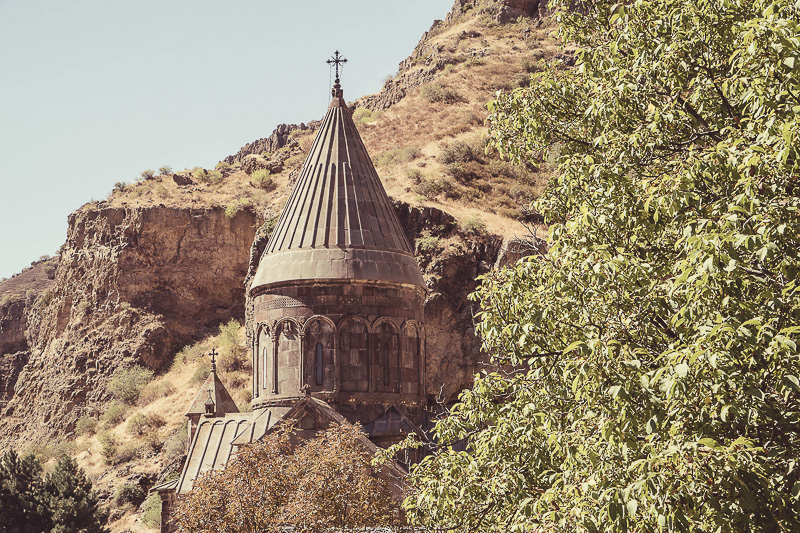 The monastery of Geghard contains a number of churches and tombs, most of them cut into the rock, which illustrates the very peak of Armenian medieval architecture. The complex of medieval buildings is set into a landscape of great natural beauty, surrounded by towering cliffs at the entrance to the Azat Valley Read more ...