The Dilijan National Park with its forests, hills and dilapidated monasteries

Dilijan is a small Armenian town located about 10 kilometres from the northern end of Lake Sevan at 1,500 metres above sea level. Since the Armenian state began to promote the tourist potential of the city with funds in 2009 at the latest, Dilijan has developed into one of the most important tourist destinations in Armenia – both for local and foreign tourists.

The Armenian city of Dilijan has long been known for its medicinal and mineral springs. Therefore, there are also numerous sanatoriums and good hotels in the city. In addition to health tourism, Dilijan is also a popular recreational destination because of the surrounding Dilijan National Park.

Dilijan and the «little Switzerland of Armenia»

Dilijan lies on both sides of the river Aghstafa, a tributary of the Mtkvari (Kura), the largest river in the Caucasus. The city is surrounded by forests, hills and mountains as well as by the Dilijan National Park, which was founded in 2002. Because of this landscape the area is called «Little Switzerland of Armenia» by the locals.

Haghartsin Monastery and other places of interest

Apart from the medicinal springs, Haghartsin Monastery is one of the most important sights in Dilijan. The monastery, built between the 10th and 14th centuries, consists of three churches and a reflectorium. In and around the monastery there are also various chachars. These are upright, up to three meters high, artfully worked memorial stones. They are among the most important cultural symbols in Armenian history. The Haghartsin Monastery is located 13 km north of Dilijan – in the middle of the National Park.

In Dilijan and its surroundings there are numerous other churches and monasteries that can be visited. Some of them are still preserved, others are dilapidated:

Goshavank Monastery is located 22 km east of Dilijan. The monastery from the 12th and 13th century is now abandoned, but in good condition and therefore a popular destination for tourists, especially as there are beautifully processed Khachkare to admire. Also worth seeing is the Mother of God church «Surb Astvatsatsin».

The Juchtak Monastery consists of two churches, which were built in the 11th and 12th century (Juchtak means twin churches). Today they are only a ruin. The complex is located 3 km west of the city limits of Dilijan.

The Matosawank Monastery was founded in the 13th century and is abandoned today. It lies about 1.5 km west of the city border of Dilijan and more or less opposite the monastery Juchtak. From the outside the dilapidated building is nothing special. But it is worth to go inside, because the ruin is totally abandoned, run down and completely overgrown by nature – a rather special sight.

The Dilijan National Park offers various possibilities for recreation or sports activities. Most popular are hiking, cycling and mountain biking. There are 11 different marked eco-trails in the National Park, which are ideal for exploring the beautiful nature. The shortest routes take only 30 minutes and are also suitable for inexperienced hikers or families with small children. More challenging routes take several hours. A route leads up to the highest point of the park at 2,300 metres above sea level. There are also hiking trails leading to the park's lakes Parz Lich (Clear Lake) and Goshi Lich (Gosh Lake). 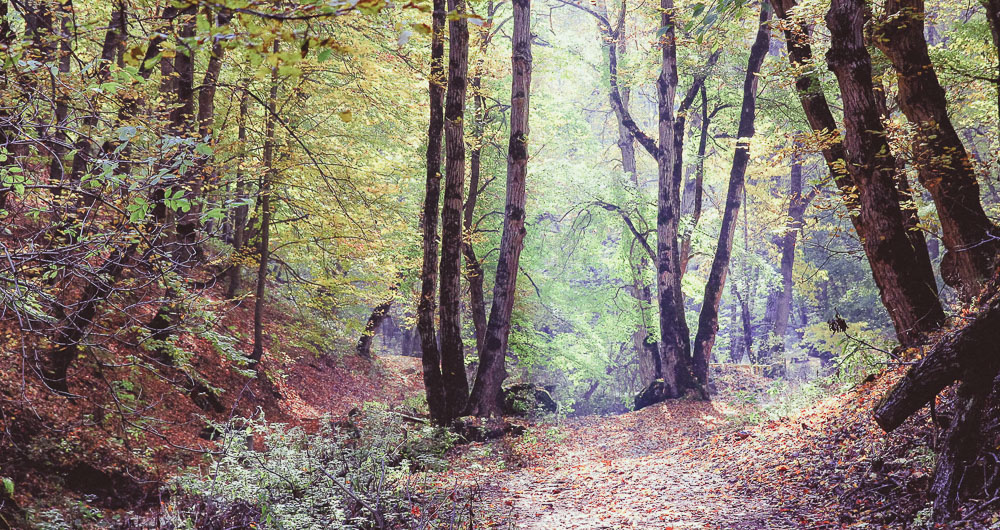 Idyllic scene in one of the forests covering the Dilijan National Park.

Further information can be found in the Visitor Centre of the Dilijan National Park or online at dilijanpark.am.

Are you interested in a private tour to Dilijan or to any other place in Armenia? Contact us and immediately get an offer without obligation. 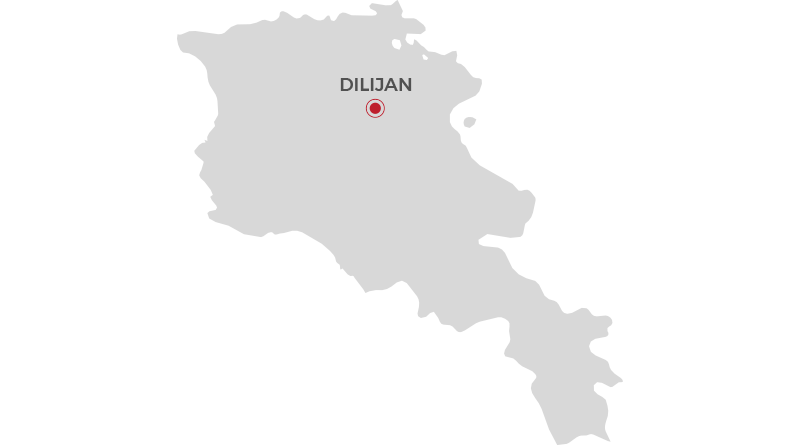 How to get to Dilijan

The journey from Yerevan to Dilijan takes about 1.5 hours. First you drive on the M4 to Sevan, then further north to Dilijan. The route is about 100 km long.

There are minibus connections between Yerevan and Dilijan. The buses stop at the Medical University station and go to Ijevan. On the way you can get off in Dilijan.

This information will be available shortly.

Things to do in Dilijan