Mtazminda is a mountain in the south-west of the center of Georgia’s capital Tbilisi. Translated to English, the name means «holy mountain». The 274.5 m high Tbilisi TV Broadcasting Tower, which was built in 1972, is located on top of the mountain and visible from almost every place in and around the city. 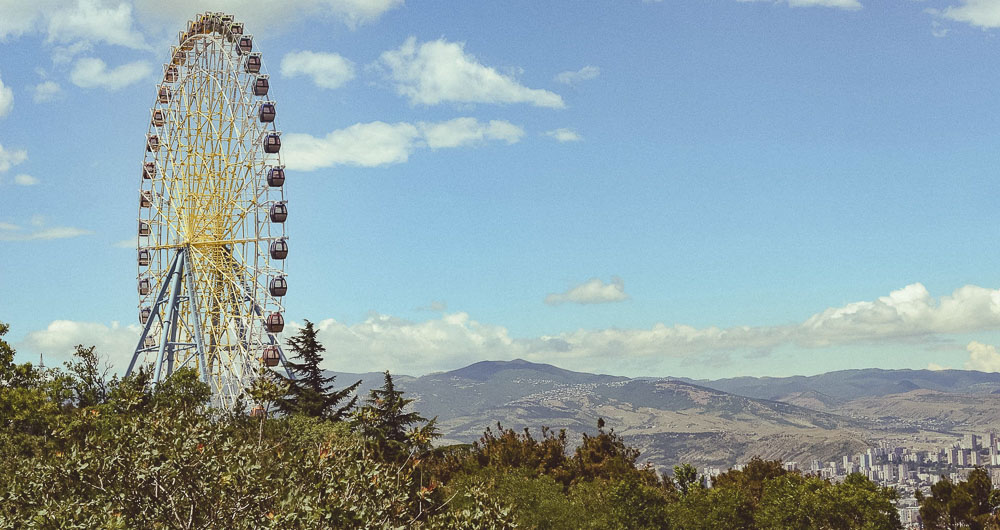 The Mtazminda Park offers a Ferris Wheel and many other attractions.

The Mtazminda Park was founded in the 1930s by the Soviets. After 2001, the park has been reconstructed and renovated. Today the park on top of the 720 m high mountain is the perfect place to cool down on hot summer days and enjoy the amazing view of the whole city. During night, when Tbilisi turns on its numerous lights, the place and the view are amazing, too.

The Mtazminda Park, which is bigger than 100 hectares, offers a wide range of entertainment opportunities such as water slides, carousels, a roller-coaster and many food stands and restaurants. Another highlight is the 65 m high Ferris wheel, from which the view is even better. One revolution takes more than 10 minutes.

Our tip: a romantic dinner on Mtazminda

In the same building where the Funicular arrives there is also Funicular Restaurant Complex, one of the most stylish and romantic places in Tbilisi. The restaurant complex consists of different facilities, but we especially recommend the “Chela” restaurant, which offers traditional Georgian food. As the place is very popular, you should make a reservation in advance. It definitely pays off: The food is fantastic and the view from the terrace is romantic and unforgettable. 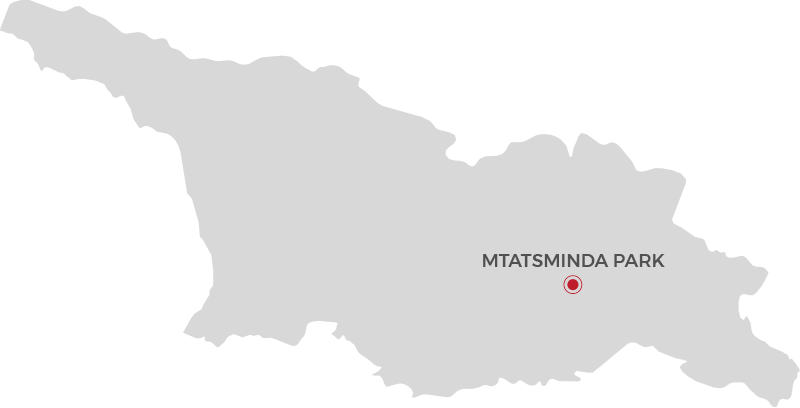 From Griboedov Theater you can take the bus no. 124. It takes you 25 min to get to the Mtazminda Park.

From the airport it will take you around 40 min to get to the Mtazminda Park.